After the war, a human rights emergency in Ukraine 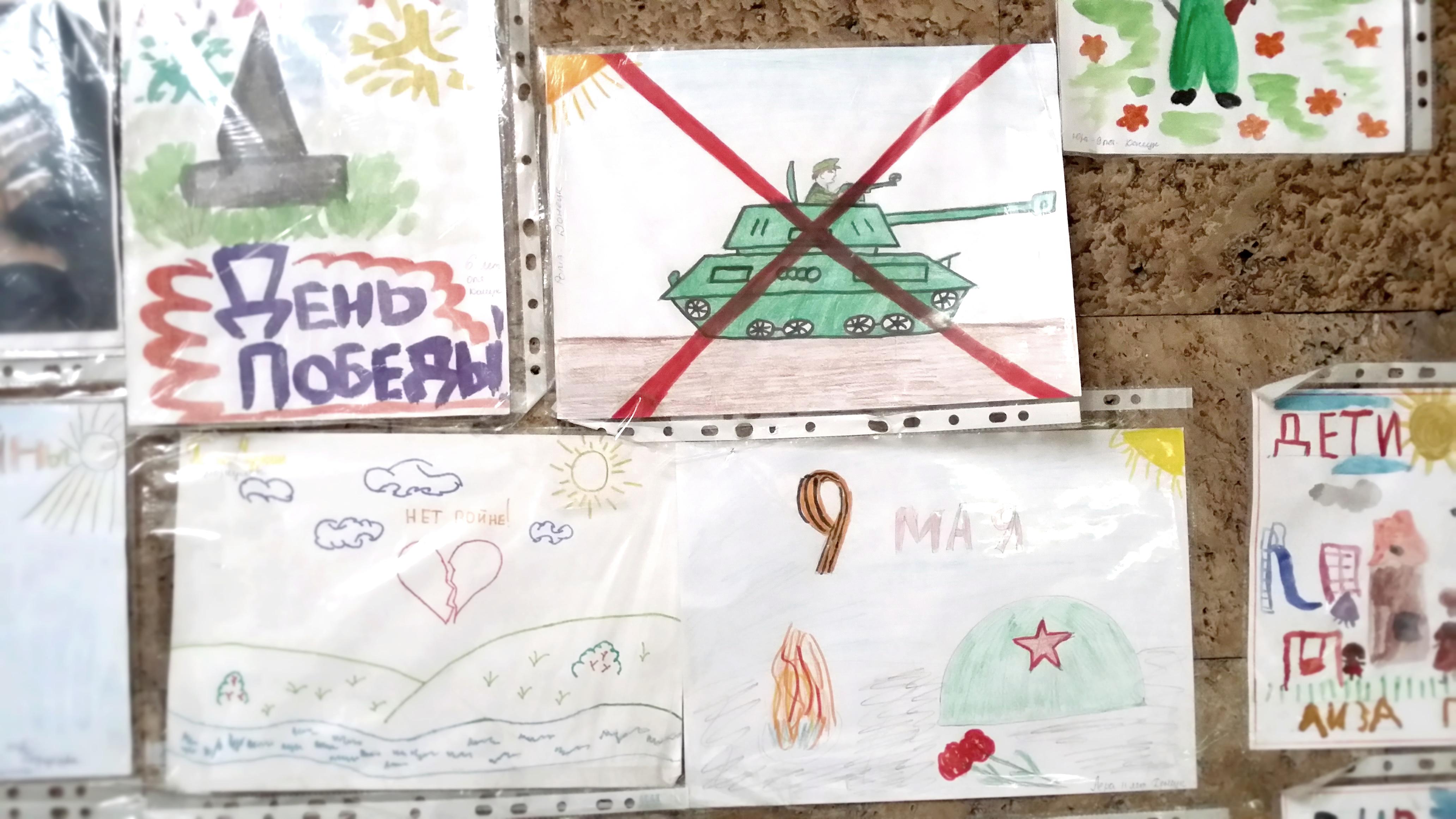 Longing for peace, in the drawings by Ukrainian children – photo by Danilo Elia

A dramatic picture emerges from the new report on the situation in Ukraine released by the Council of Europe's Commissioner for Human Rights. Now that the armed conflicts have ceased, it is daily life that kills

It took at least three cease-fires to actually silence the guns in Eastern Ukraine. The last truce, which took effect on September 1st, seems to be final. After the heavy artillery, all weapons were withdrawn from the demilitarised wing. There is no more shooting along the line of contact. The zeros in the daily bulletins of victims speak for themselves. It is a blessing for the population of the conflict zones – but now other, gigantic problems crop up.

On November 3rd, Commissioner for Human Rights Nils Muižnieks issued a detailed report on Ukraine – the latest in a series of reports compiled by the main international humanitarian organisations. The bleak picture tells of 1.3 million Ukrainians without access to drinking water, a disintegrated healthcare system, lack of care and medicines for the seriously ill, an increase in AIDS patients, and 1.5 million internally displaced persons with severe limitations on freedom of movement.

Lack of clean water affects almost half of the residents in the areas controlled by pro-Russian separatists, the so-called republics of Donetsk and Luhansk. Aqueducts damaged by war or lack of maintenance, pumps that work in fits and starts for the frequent blackouts, and network access limitations due to land mines and unexploded bombs make drinking water a luxury available almost exclusively in major cities. The many villages scattered across the plain of the Donbass are the worst off.

A recent study by the OSCE Special Observation Mission in Ukraine (SMM) revealed a high health risk, with an increase in diseases related to the use of contaminated water, including the discontinuous use of chlorine and disinfectant into the water supply. It goes without saying that it is the most vulnerable – like children and the sick – that suffer the most.

The alarm for the living conditions of much of the population of Donbass is coupled with the difficulty for international observers and non-governmental organisations in operating on territories controlled by non recognised authorities, often without clear hierarchies and a single chain of command. Armed groups often prevent international staff accessing sensible areas. There is the well-founded suspicion that the lack of cooperation by separatists covers serious violations of human rights.

Last September, the Office for Human Rights of the United Nations (OHCHR) released a disturbing report . "We've had reports of killings, abductions, torture, ill-treatment, sexual violence, forced labour, and extortion of money in the republics of Donetsk and Luhansk", says Gianni Magazzeni, OHCRH director for the Americas, Europe, and Asia. "It is estimated that three million people continue to live in these territories. Three million people living without any protection of human rights".

The Donbass went through over a year of war, fought between the outskirts of cities, in villages, between wooden houses and Soviet-time prefabricated apartment buildings. Most of the 8,000 victims were civilians. Howitzer and mortar shots riddled one of the most densely populated areas of Ukraine. Countless homes were hit, together with kindergartens, schools, and hospitals.

According to the OHCHR report, some 150 healthcare facilities were destroyed by indiscriminate bombing. Hospitals and emergency vehicles, clearly marked and recognisable, were targeted by artillery. A year ago, Kiev suspended all funding and supply of equipment and medicines to hospitals in areas outside its control. Now that the emergency of the wounded in war is over, the hospitals of Donetsk and Luhansk continue their work, trying to cope with the lack of equipment and medicines – especially for specialistic therapies such as antiretrovirals, insulin, treatment for tuberculosis, and equipment for dialysis – thanks to the help of humanitarian organisations.

The situation is even more serious for non-hospitalised patients, the elderly and people with disabilities who find it difficult to reach hospitals, and for those who live in villages far from Donetsk and Luhansk.

Those who are on the field know these things very well. Yevgeny Shibalov is one of the founders of "Responsible Citizens" (Otvestvennje grazhdane), a humanitarian organisation formed by volunteers, all from Donetsk, created during the war. For months, it was up to them to do the dirty work. "Big organisations do not want to take any chances", he told OBC. "When they were shooting every day, we were the only ones to reach areas under the blows of the artillery to distribute medicines and food to those in need". Every morning, Yevgeny and his staff gathered the aids in the offices of international organisations and brought them right on the front line, in the neighbourhoods in the crossfire of the warring parties, in the most remote villages. Even now that the danger no longer lies in mortars and howitzers, but in unexploded bombs and land mines, no one else reaches the most remote areas in such a widespread manner.

However, this is not enough. The shortage of medicines for specialised treatment exposes patients and their families to a double risk – failure to cure serious diseases, such as AIDS, and the danger of seeking to procure medicines only available in areas controlled by the government. Those who venture there often prefer to avoid military checkpoints and go through roads or the woods, where there is a very high chance of tripping over a landmine or unexploded bomb. According to the latest available data, this was the cause of at least a quarter of deaths in the period from February to August. And now that the fire has ceased, it is probably the main one. "The number of civilian casualties from mines and unexploded bombs remains high", recently said UN High Commissioner for Human Rights Zeid Raad al-Hussein.

What concerns, however, is not only the condition of the inhabitants of the areas under control of separatists. "We have collected horrific testimonies of summary executions carried out by armed groups, but also by the army of Ukraine", announced Raad al-Hussein. "And torture and ill-treatment in detention, both by armed groups and the Ukrainian police".

Even outside the separatist areas there is a grey area for Human Rights. The whole Eastern region targeted by military action by Kiev is still largely subject to a lability of the law. The UN Monitoring Mission for human rights in Ukraine (HRMMU) explicitly denounced the failure of the Ukrainian authorities to investigate and punish the numerous cases of torture and violence committed by the armed forces or paramilitary battalions in the area of military operations. These are signs that the path towards peace requires more effort not only by the separatist leaders, but also by the Kiev authorities.