Informality and corruption in Ukrainian University 28/11/2016 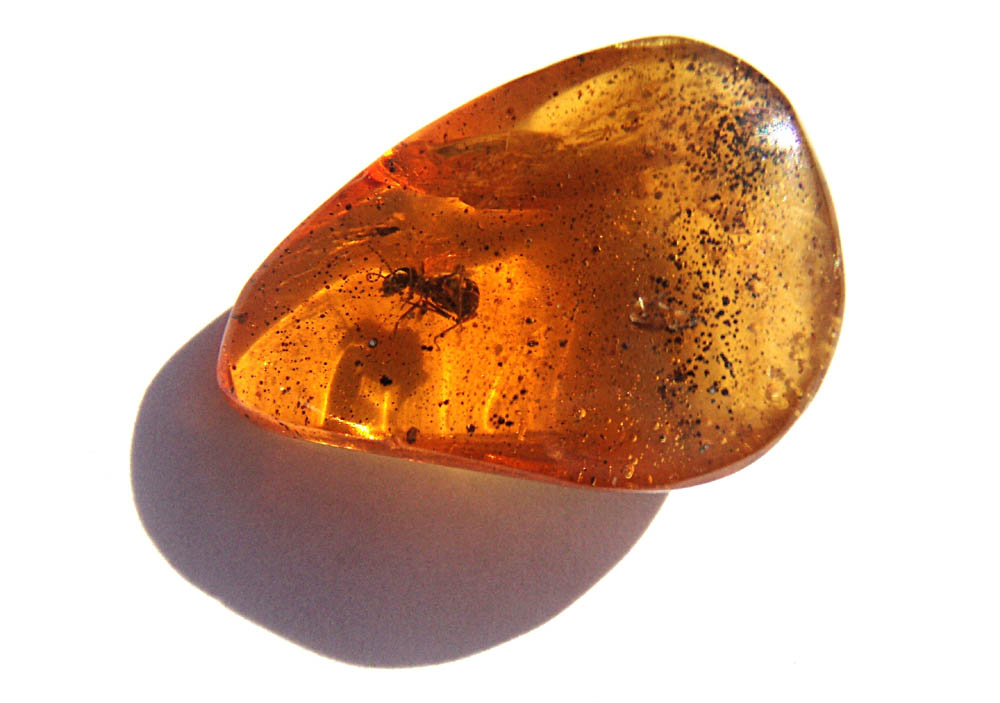 Some of the world's largest amber deposits are located on Ukrainian territory. Extraction is in the hands of criminal organisations, and institutions are hesitant or connivant – meanwhile, the environment is devastated

The war, the difficult path of state reform, the fragile economic situation, the revival and perils of civil society – these are the themes that have been filling the chronicles from Ukraine for the last three years. Yet, there is more to one of the largest countries on the European continent – or rather, these are not the only problems faced by the new political leadership. And as we are used to hearing stories from war zones in the east of the country, Kiev is increasingly struggling to keep control of one of the main resources in the north-western regions of Ukraine – the extraction and export of amber.

The world's largest amber deposits are located in the Baltic region, in Ukraine, and in the Caribbean. According to some data, the Russian exclave of Kaliningrad hosts the vast majority of reserves, followed by Ukraine and the other countries on the Baltic. With the growing interest by the Asian – and particularly Chinese – market, the price of amber has increased considerably since 2008, reaching in some cases the price of gold.

Amber thus represents one of the major subsoil resources of the northwestern regions of Rivne, Zhytomyr, and Volinia, on the border with Belarus and Poland. It could bring huge benefits to the state's casks – except, the vast majority of the extraction takes place illegally. According to some data, 90% of the amber escapes state control and is handled and smuggled abroad by criminal organisations with the support of local politicians and law enforcement. Although this has been constant practice since the nineties, the government seems to have lost any shred of control as a result of the inefficiency of some public companies, the phase of political uncertainty, and the large trafficking of arms throughout the country following the war in the Donbass.

The new "Amber War" broke out shortly after the regime change of February 2014. Earlier, this lucrative illegal activity was managed by the clan of former president Yanukovych, and particularly by his son Oleksandr. After Yanukovych's fall from power, however, new interest groups have started to split the market among themselves. The scheme looks pretty simple. The criminal organisation that wants to enter the business must first find a compromise of non-interference with the groups already active. The next step is to ensure the protection of law enforcement and local politicians – the so-called "krysha" (literally, roof), with price varying depending on the soil and the quantity of amber extracted. The workforce is not a problem. According to some estimates, about 10,000 people work in illegal amber extraction. However, in villages where the unemployment rate is far above the national average, so-called "diggers" are not the only beneficiaries. The ancillary activities appear to be much wider – the extraction process needs food for workers, paid parking spaces, and means to carry, load, and unload the necessary material.

In what appears, more and more often, to be a state within the state, shootings and clashes between rival groups and between organisations and the police are daily occurrence. The last episode, in which at least three law enforcement officials were injured, took place just a few weeks ago at the village of Bol'shoy Cheremel', in the Rivne region.

What about the state?

The red thread of illegal activity almost indissolubly binds all the actors involved, from high representatives of law enforcement and the local political class to the actual workers. Everyone, each in their own way, benefits from the absence of the state, at the moment unable to deal with the issue. The few attempts by the government to restore some control over the criminal groups have so far utterly failed.

Even the "Amber Operation" started in July 2016, which led to the arrest of a dozen representatives of local political structures and police forces, has only scratched the surface of a system deeply rooted in the regional and national fabric. The "amber mafia" does not necessarily need to use violence, as it can also rely on the strong support of the local population, that finds in this illegal activity one of the few means of livelihood. On many occasions, the "diggers" themselves prevented arrests and inspections by the police or the National Guard, displaced last April in some western regions of the country.

Kiev's incapacity, however, is not limited to maintaining the order. In his three years of government, president Poroshenko has been also unable to regulate the matter from a legislative point of view. In principle, the extraction and use of metals and gemstones are governed by a 1998 act that lays down the principles and criteria for granting land. In fact, the level of corruption, together with the complex bureaucratic procedure, prevents any type of legal competition to criminal cartels. Although in preparation since 2015, a legislative act aimed at delineating and simplifying the licensing procedure was rejected by the parliament last February and postponed to a new debate in the parliamentary committee.

The problem of illegal amber extraction seems, however, less and less a local one. Recently, the National Anti-Corruption Bureau (NABU) published a survey that leads from regional officials straight into the Ukrainian parliament. Two deputies made the front pages – Borislav Rozenblat of the presidential party (Petro Poroshenko's block) and Maksim Polyakov of the Popular Front of former prime minister Yatseniuk. The two allegedly received a sum of about 300,000 dollars, then distributed among the various regional and national officials, to facilitate the granting of a license to a foreign company interested in extracting and exporting Ukrainian amber. Investigations are still ongoing, but the thread linking local and national corruption patterns could lead to new revelations in the coming months.

Finally, in addition to the formation of a state within the state and the rampant corruption that it promotes, the illegal extraction of amber brings in another, not negligible, problem – the huge environmental impact that uncontrolled exploitation and extraction methods have on the regional ecosystem.

Since amber is a rather light stone situated between 2 and 7 meters deep, the easiest method to extract it is to pump water into the ground while waiting for the mineral to come to the surface. Wild, uncontrolled deforestation, large craters on the ground, and drainage of local streams from which pumping water is taken are stealing more and more space from the lush pine and birch forests.

Government intervention appears to be the only way to stop the slow, but progressive transformation of the local ecosystem into something that resembles, day after day, one of the many battlefields in eastern Ukraine. Unfortunately, given the level of corruption and the enormous criminal-economic interests tied with illegal extraction of amber, this is easier said than done.