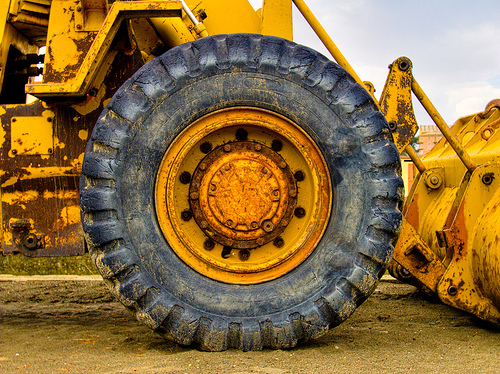 An urban-renewal plan for Istanbul has been destroying entire neighbourhoods and expelling residents to the city's periphery. The Roma population has been expelled from their ancient neighbourhood, Sulukule, where a third bridge will be built on the Bosphorus

In 2005, the Istanbul city government, the municipal administrations of targeted districts, and the central housing department (TOKI) launched what they called "a social project that would change the face of the city." Within 15 years, the mega-plan of urban renewal (kentsel dönüşüm) should eliminate over a million illegal and substandard dwellings at seismic risk, and relocate the residents into modern and safe homes.

However, the for-profit project involving 30 municipal governments and around a hundred districts is becoming a social disaster.

According to official data, Istanbul has twelve million people living in two million housing units. Since the 1950s, Anatolia's rapid urbanization has resulted in at least three generations of illegal housing, the so-called gecekondu (built during a single night).

However, the urban-renewal plan targets not only the gecekondu. The reconstruction coordinated by the TOKİ and regulated with private agreements between companies and local authorities, include an entire category of "dilapidated" houses. In order to give Istanbul the look of a "modern city", new dwellings will be built for people of high-middle income.

Classification as "dilapidated", however, seems based on arbitrary criteria. Scholars have pointed out that the selection is particularly made based on the type of residents living in the neighbourhood. Poverty and marginalisation are, actually, lifestyles incompatible with the authorities' vision of the new Istanbul. Often, the conditions of disadvantage are equated with a social problem that needs to be resolved by transferring the "dangerous" elements towards the outskirts.

This category includes the works conducted in the district of di Ayazma and in Küçükçekmece, in the western periphery of Istanbul. With its blocks of illegal housing, Ayazma has long been labelled a "cradle of terrorism". The residents of the gecekondu, deprived of the houses where they had lived for years, were given the possibility to move to TOKI-provided flats in the periphery, with a 15-year mortgage and a monthly payment of around 250 Turkish lira (125 Euro). This is a non-negligible amount for day-labourers without a regular monthly paycheck. Because of an inability to cover their heating and electricity bills, many families had to leave their new houses and ended up living on the street.

The residents of Neslişah and Hatice Sultan, better known as Sulukule, an ancient Roma settlement by the Theodosian walls in the Fatih municipality, had a similar fate. In this case, however, the residents who legally owned their houses, were coerced into selling their home at a price set by the Fatih municipality (500 Turkish liras per square meter, that is, approximately 250 euros).

"TOKİ, the Istanbul city government, and the municipality of Fatih, signed the deal for starting the works without informing anyone," explained Şükrü Pendük, president of the Association for Development and Support of Roma Culture. "No one saw the project in Sulukule. Many projects in Fatih were carried out in secret from start to finish. Sulukule is one of these. No one knew anything. In the mayor's presentation on Sulukule, he claimed that 1% were beggars, and that 47% do not even have a primary school diploma. He meant to say they were uneducated," said Yakup Karoğlu, member of the municipality council of Fatih who, in February, left the Adalet ve Kalkinma Partisi (AKP) (Party for Justice and Development).

The process started when many house owners were forced to relinquish their legal rights and sell their land at greatly reduced prices,

Media revealed that the cleared land was given to politicians and their associates. The beneficiaries included the children of some parliament members, AKP members of the municipal council, some officials from İSKİ (Istanbul Directorate for Waters), and leaders of religious brotherhoods.

Overall, Sulukule was almost torn down to the ground. Not even the houses from the Ottoman era were spared; they were knocked down "by mistake" with all the others. Currently, 665 buildings in a "classic Turkish" architectural style and 45 trade centres are being erected in the neighbourhood where, for centuries, the Roma community, with its unique music and lifestyle, had created one of Istanbul's most lively districts.

From the 300 families in Sulukule, who were assigned to concrete buildings in the locality of Taşoluk, only a hundred went to live in the new flats 40 kilometres from Istanbul. Many sold their new houses and left the area only after a few months. The other 200 families sold their houses at radically reduced prices. Only 27 families have remained, paying the mortgage and looking for a buyer.

Şükrü Pündük explains: "My fellow citizens have been exiled into concrete cabins after having lived for years in houses with inner gardens. Back home, they had lived close to their neighbours. We had community life that supported families, where people helped one another."

Other historic neighborhood such as Zeyrek, Balat, Fener, Süleymaniye, and Tarlabaşı, are involved in the transformation. Renewal has also been launched in Beyoğlu, a community inhabited primarily by Kurdish refugees, but also transvestites, illegal migrants, and other marginalized people. About 278 buildings are being renovated, 210 of which have already been earmarked to host coffee bars and hotels. Residents have again been assigned mortgaged flats in the outskirts.

The project for urban transformation involves other new construction. Several NGOs and the union of engineers and architects (TMMOB) have been making an appeal against the urban-renewal plan. They have alerted the public about dangers to the future of monumental structures from the Republican period, such as the Ataturk Cultural Center, Muhsin Ertuğrul Theatre, the seat of Radio Istanbul, as well as Cumhuriyet Square at Taksim, which should also be torn down.

Citizens of Istanbul also oppose the construction of a third bridge on the Bosphorus. The mayor of Istanbul, Kadir Topbaş, announced last week that the possible route for the bridge would be Tarabya-Beykoz. The final decision is, however, up to Prime Minister Erdoğan who has not yet confirmed Topbaş's position on the bridge. The opponents to the project do not believe that a third bridge would help ease the intensive traffic between two Istanbul's shores, where it would certainly affect natural water drainage systems and devastate the woodlands in the north.

However, the plans for new trade centres along the streets leading to the bridge are already prepared. They would also have a strong negative effect on the artisan shops in the area.