"Turkey as a country and we as the people have been through an experiment called 'Moderate Islam and democracy.' Now we are going through the insanity phase." A dialogue with Ece Temelkuran, Turkish writer and journalist 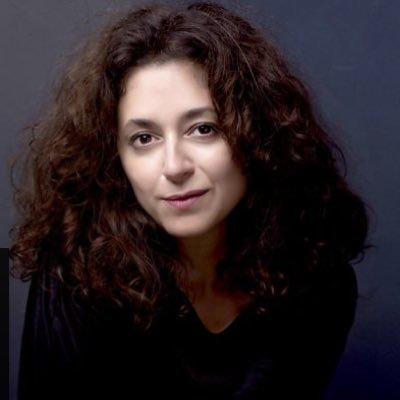 Insanity, melancholy... you focus a lot on feelings and emotions that are spreading in the collective unconscious. Let's pretend that Turkey is a patient with some emotional and psychic disease. What's your diagnosis?

Turkey is not sick actually. But rather the country is a subject who has been subjected to a clandestine medical experiment therefore she is showing some understandable reactions to the chemicals that she has been subjected to. Turkey as a country and we as the people of Turkey have been through an experiment called “Moderate Islam and democracy” and at the moment we are living the consequences. This project was on Turkey and now half of the body refuses to comply with it. This is the reason we are going through the insanity phase.

In The Insane and the Melancholy you argue that Turkey is going through a process of Dubaisation. What do you mean by that?

I don’t know if you have ever been to Dubai. But Dubai is a forced city, an artificial space. There is no public space, no individuality no social. And it is the landmark of the “parallel life” that has been manufactured through the hypocrisy of political Islam; seemingly it is an Islamic country but the upper class and the foreigners are free of obligations that have been suppressing the poor. Out on the street everyone is conservative but then indoors, well, you never know. Also it is the forced marriage of neo-liberalism friendly Islam which is a mutant. I guess Turkey is heading toward that direction.

Erdoğan never lost at the elections in the last 16 years. Why so many people support him? What kind of “political narrative” is Erdoğan offering to his supporters?

I am considering to refusing to answer such questions after the recent elections. Because the election fraud that has been comitted on several levels is not something that could be put aside. If there is an indecent election the central discussion point should be this problem. It is for the simple reason that the second argument saying Erdoğan is supported by many is groundless when you acknowledge the fraud.

On the other hand, the government is also portraying Turkey as a strong, powerful and glorious country… How is it possible such a coexistence between a victim attitude and a “victor” one by the government?

It takes a book to answer that question therefore I am writing a book called How To Lose A Country- The New Ice Age Of Politics. I guess answering to this question is beyond realpolitik. The societies are formed in such a way that they became negligent towards the concept of contradiction in general. Co-existence of the opposites is not only a political problem but concerns human life in its essence. I guess the root of the problem lies in the set of values of neo-liberal system.

In The Insane and the Melancholy you refer a lot to Gezi movement, you talk about a sort of Gezi spirit which is still alive in the society although a bit invisible. However, I think we can say that Gezi's experience is over. How to look at it without getting stuck with melancholy and resentment?

The spirit becomes a sarcastic specter when the political action is suppressed. We are going through that phase I guess. Turkey has been through a lot and is still going through a lot. It is almost impossible to take a step back to analyze the politics and social issues. Also, like any other Mediterranean country, politics is steered by emotions in Turkey. I guess it will take us years to see what really happened there.

In recent times violence towards women has consistently raised in Turkey. Why?

Misogyny is an integral part of the right wing populism not only in Turkey but also everywhere where the phenomenon is experienced. But I guess it is not only women. The worshiping of power, the very idea that stands in the center of right-wing populism is attacking all the things they considered weak; women, children, trees, anything. That is the reason perhaps that the men realize the danger when it is too late.

Besides your activity as a journalist, you're a novelist. Did social and political developments in Turkey change also literature and art of the country? Do you think literature and art can play a role in a better understanding of the current situation?

Art and literature certainly help to understand the situation and at times they are capable of changing the situation. The literature in Turkey, the popular one of course, mostly depends on the male suffering. I guess the men of our generation, the progressives of course, feel incompetent and therefore we are reading a lot of weeping men.