Turkey, the resilience of the Academics for Peace 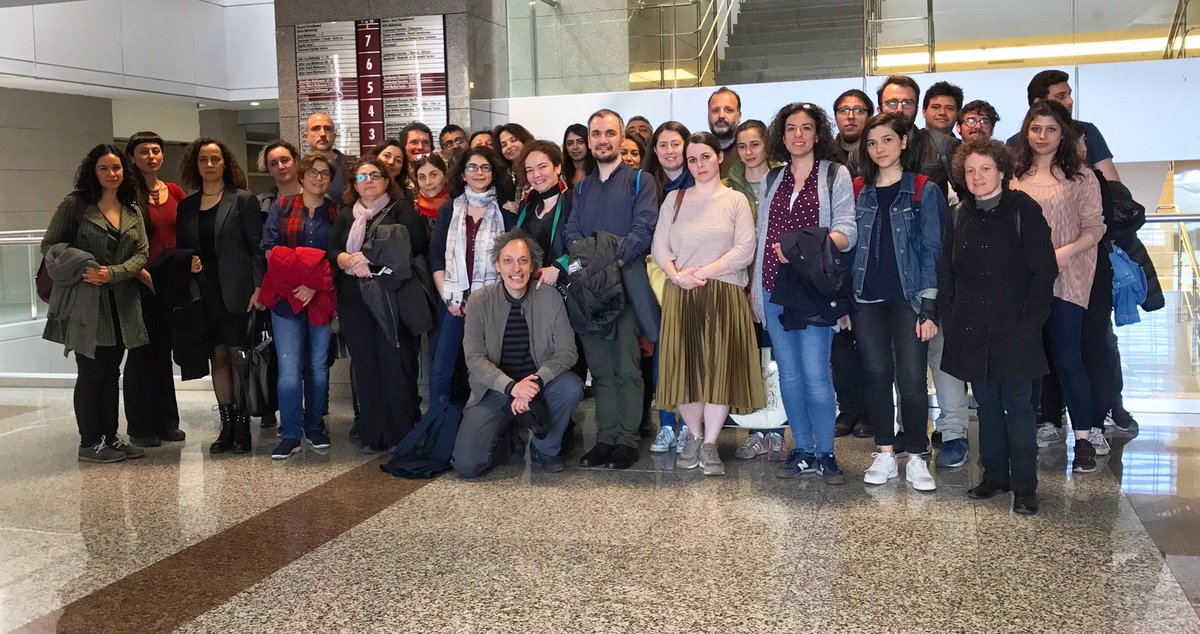 Hundreds of university lecturers in Turkey are on trial, have been expelled or fired for signing a declaration in favour of peace. The pressures suffered have led them to develop new forms of resistance and solidarity

"We feel like hostages in a negotiation. Hostages of the realpolitik between Europe and Turkey". University professor Aslı Odman bitterly comments on how European states are behaving with Turkey while critical voices are having an extremely hard time. Odman is part of the group Academics for Peace (Barış için Akademisyenler, BAK) that signed the declaration "We will not become part of this crime" . The text was signed in January 2016 by 1,128 lecturers in Turkish and international universities, after the resumption of operations between Ankara and the PKK in the south-eastern provinces with a Kurdish majority.

The statement harshly criticised the armed intervention by the state, condemning the deadly consequences on the local population. The appeal, released six months after the interruption of the peace process which had lasted almost three years, called for the Turkish government to "restore lasting peace" and for a road map including the demands of the Kurdish political movement.

The initiative immediately stirred the angry reaction of Turkish president Recep Tayyip Erdoğan, who scolded the "self-styled group of academics" and labelled them "a bad imitation of [real] intellectuals". After the president's words, other political figures and pro-government media accused the teachers of "supporting terrorism", while – in reaction – new teachers joined the appeal, which reached 2,212 signatories.

However, the accusation addressed to the group soon translated into over 500 administrative inquiries inside private and public universities. To date, among the 5,822 academics expelled from universities by virtue of the decrees issued after the attempted coup of July 15th, 2016, 386 are part of BAK. "The first layoffs came from private universities before the attempted coup, followed by the expulsions related to the decrees issued during the state of emergency", explains to OBCT Professor Odman, who teaches at the Mimar Sinan University of Fine Arts in Istanbul.

All academics will have to face trial. So far, at least 265 have gone through hearings . The accusation for them is propaganda in favour of the PKK, but others will be tried for "offense to the Turkish identity".

Several lawyers have emphasised the inconsistency of the different procedural paths followed for each signatory, although the declaration was identical for everyone. According to Ceren Uysal, one of the lawyers who have followed the case, these judgments are "the result of arbitrary decisions", also because "according to Turkish law, signing such a declaration is not a crime, according to both anti-terrorism law and the criminal code". In fact, "every single sentence of this text falls under the scope of freedom of expression", explained the lawyer to OBCT.

So far, only a few trials have found a conclusion, with no acquittals. For most of the cases there was a suspension of the sentence, in others the "postponement of the reading of the verdict" – a measure used by the authorities to deal with the overflowing prisons, Odman specifies. "According to this system, the defendant accepts the sentence of first instance, losing the right to appeal, but avoiding imprisonment". Professor Füsun Üstel, of Galatasaray University, did not accept the verdict and appealed . If the higher court, the so-called Istinaf, rejects the appeal, she will risk prison.

"All this only shows that in Turkey there is no functioning legal mechanism", argues the lawyer, and "what today are defined as 'trials' are actually political machinations. It is also clear that legal outcomes are no longer a consequence of positive law and therefore it is not surprising that there are disparate results. In fact, outcomes are now determined by the personal motivations of decision-makers (on sentences or expulsions)". As the jurist continues, "On the other hand, in a political climate where around 3,000 judges and magistrates have been expelled, and another 2,000 are in a state of arrest, it is not possible to state that those still in service remain free. Their decisions will be determined by personal concerns and fears, not by law".

"None of us imagined that the statement would produce these consequences", says Odman. "Although the state is now trying to turn this appeal into the product of organised crime, the real strength of this initiative was the fact that it was spontaneous and individually developed. Even people belonging to the same department did not know that their colleagues had signed".

"After Gezi Park and the June 2015 elections, for a while, we believed that many things could be transformed for the better, and that social peace could be brought to the country in its widest sense. The text denounced crimes against humanity that the state was committing through its security forces in the Kurdish provinces. Yet, at the same time, it was also a cry that had in the background the idea that something had suddenly crashed, just as it was about to change. It was a cry that contained the deaths at work, the environmental devastation of the mega projects under construction, the exploitation of child labour, the condition of refugees, the rights of workers and women... This wider meaning of peace in the text we understood later on ourselves, when we saw the names on the list, the layoffs, the expulsions".

Academics do not give up teaching

However, in the face of pressure, BAKs have not given up. In fact, they organised themselves in solidarity networks, also setting up new platforms to continue teaching. This is how "solidarity academies" were born from Istanbul and Ankara to Eskisehir, Izmir and Urfa – lectures are carried out regularly by expelled academics in places other than university and attended by students who, as in the case of the University of Ankara, have been completely deprived of their teachers. That of the Kampüssüzler ("those without campus") was the first initiative of this kind, followed by the school of Eskişehir and the Istanbul Dayanışma Akademisi .

The Kocaeli Solidarity Academy (Koda) is the first of these to have acquired a legal form, constituting itself as an association. In Mersin, on the other hand, where 21 academics were expelled, "The house of culture" (Kültürhane) was founded in a cafeteria that created the second largest public library in the city. "This happened because 11 of the expelled academics obtained scholarships to go abroad and when they left they donated their rich personal libraries", points out Aslı Odman.

"The expulsions were carried out on the initiative of the rectors, who chose which names to communicate to the authorities. This is why some of the signatories have not lost their jobs", explains Odman. Some of the best universities in the country, such as the University of the Bosphorus, the Mimar Sinan in Istanbul and the METU in Ankara, each for a different reason – but above all for the sake of their international reputation – have not sacrificed their teachers, "although we are now constantly reminded of this, as if to warn us not to cause other troubles", adds Odman.

The professor says that the most affected are the colleagues of the provinces, those with less means, and the younger ones. And that is why BAKs have created platforms where they share salaries, international contacts, legal opinions.

"We also started a psychological support chain, though unfortunately it was too late for Fatih Traş, a colleague of Adana who killed himself ", says the professor. "Being able to create such a network of solidarity in a field like university, where selfishness often dominates, gives me hope. We cannot just pack up and leave. We have made friends that we cannot give up".

A support network has also been created abroad, starting with the diaspora of Turkish academics that have been scattered around the world for decades. They have been joined by the recently emigrated lecturers in France and especially in Germany, in Berlin, where a BAK support association was established. The Academics for Peace have prepared rankings where they indicate the names of the most vulnerable colleagues, trying to find scholarships and privileging the extraction of those from the provinces, those without ties with foreign countries, or economic means. "The French state, for example, uses these rankings when assigning grants. Other human rights-sensitive organisations support us by sending observers to hearings or campaigning", explains Odman.

But there is also the other side of the coin, and it is the realpolitik between Europe and Turkey, which does not help the Turkish situation at all. "We feel like hostages in a negotiation", says Odman. "Hostages of the dirty refugee agreement between Turkey and the EU, or of the bargaining of Paris, which on the one hand signs agreements with Ankara to sell airbuses and build a nuclear power plant, while on the other tries to put in a good word for journalists in prison. And we of BAK are certainly not the most penalised, because we can make our voices heard. The arrest of journalists, academics and lawyers is increasingly a sensation. But we have developed our best relations with those who in the European states and the EU institutions formulate criticisms against their opportunistic policies. The rest, unfortunately, is realpolitik that will go down in history as a deep wound".