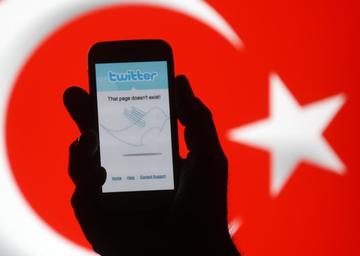 The Turkish authorities' move on March 20th to cut citizens' access to Twitter sparked a wave of criticism from international organisations, rights groups and media watchdogs. Viewing the measure as a further setback for freedom of expression in the country, they urged Ankara to lift the ban immediately

"Websites have been severely restricted by the authorities for many years in Turkey," OSCE Representative on Freedom of the Media Dunja Mijatović said in a statement on March 21st, referring to the prohibitive Internet Law adopted in 2007 and further restricted last month. "These measures are devastating to free expression and freedom of the media and they curb citizens' right to freely express themselves."

The Turkish authorities blocked Twitter ahead of local elections scheduled to take place on March 30th. The move came roughly three months after a corruption scandal, allegedly involving senior members of the ruling Justice and Development Party (AKP), shook the country. With the row still ongoing, numerous audio recordings, allegedly implicating Prime Minister Recep Tayyip Erdogan, other high-ranking officials and their aides of corruption and other improprieties, were posted on social media, including Twitter, in recent weeks. Earlier this month, the prime minister threatened to shut down Facebook and YouTube.

The International Press Institute (IPI), its affiliate, the South East Europe Media Organisation (SEEMO) and many other press freedom and rights groups also condemned Turkey's move against social media, warning about its implications on the country's democratic development.

"Efforts to shut down Twitter in order to control the news are not only ultimately futile – they sadly move Turkey away from the embrace of human rights and the rule of law, and closer to autocracy," IPI Press Freedom Manager Barbara Trionfi said in a statement on March 21st. "It's been said that censorship is the lobby of dictatorship. What's the point of democracy if you won't give voters the possibility of making an informed decision?"

Erdogan's campaign against social media only shows "that he is afraid of the message and desperate to shoot the messenger," according to Nina Ognianova, Europe and Central Asia Program Coordinator at the Committee to Protect Journalists (CPJ). "We call on Turkish authorities to restore access to Twitter and to substantiate their claims to democracy by allowing all information to flow freely," she added.

"This extreme and absurd act of censorship, fraught with consequences for the flow of information and democratic debate, is worthy of the world's most repressive regimes," RWB Secretary-General Christophe Deloire said.

The body also offered four ways for to get round Twitter blocking.

Amnesty International and Freedom House were also among the numerous bodies that issued special statements on the case.