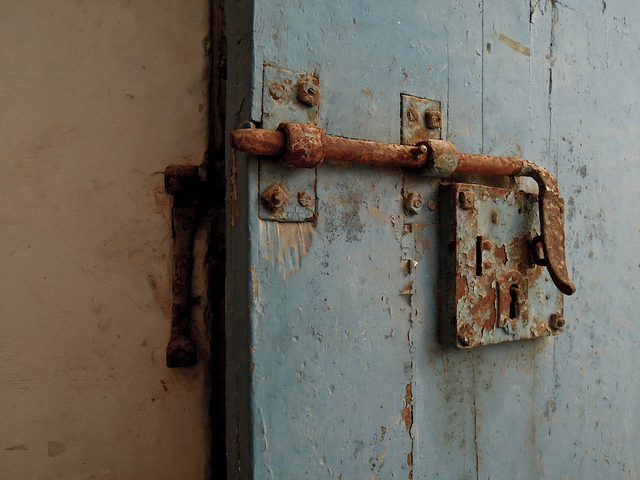 On the night of December 14th, around 30 journalists, production directors, and screenwriters have been arrested by the police on charges of "being part of an armed terrorist organisation"

"I read that I have been arrested... They announced it while I was live on television. That's the level reached by the press in Turkey!" 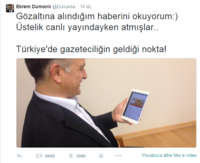 by Ekrem Dumanlı, chief editor of Zaman, the newspaper with the largest circulation in the country, was accompanied by a smiley face – an attempt to play down what was about to happen. The night of December 14th, he was only able to post another tweet before being taken away by the police from the headquarters of his newspaper, amidst a crowd in protest.

A mysterious Twitter account, registered under the name Fuat Avni, had already announced the arrest of Dumanlı and another 30 people, including Hidayet Karaca, director of the media group Samanyolu. Few were surprised, as the same account had anticipated other actions of the police and the government in the past. Fuat Avni also announced that other people will be stopped in the next few days, until December 25th, the date that marks, along with December 17th, the anniversary of the largest anti-corruption action initiated against a government in Turkey.

Back-story: the rivalry between Erdoğan and Gülen and the corruption scandals

Those very operations, which go back a year ago and led to four ministers resigning, were the final break-point between the governing Party of Justice and Development (AKP) and its close ally Fethullah Gülen, leader of the Sunni socio-political movement known as Hizmet (Service) or Cemaat (the Brotherhood). For the government, it was an "attempted coup" by Gülen and his men in the judiciary and police, a "parallel state" reinforced by the media arm of the movement, including the daily Zaman and the Samanyolu group. For the opposition, however, the government is simply trying to cover its misdeeds.

To limit the impact of the raids of December 17th and 25th, 2013, the Turkish government transferred and removed hundreds of judges and police officers, approving also several laws to change the structure of the judicial system. The case is now archived and it is only waiting for the outcome of the investigation conducted by a special parliamentary committee, covered by news blackout. Meanwhile, the opposing front, identified by most with the Gülen movement, leaked on the Internet audio files that further extended the allegations of corruption made to the president – then premier – Tayyip Erdoğan, his family, AKP politicians, and many businessmen close to the government.

The operation of December 14th is yet another act of this war. After the last election victories (March and August 2014), an increasingly menacing Erdoğan reiterated that soon the "conspirators" would be "caught". On December 15th, pro-government newspaper Star resumed the expression for its front page, while public network TRT, financed by contributions from citizens, aired a far from impartial programme: a special report on "The attempted coup of December 17th and 25th", which invited viewers to express their opinion on Twitter using the hashtag #EdenBulur, translated as "what goes around comes around". 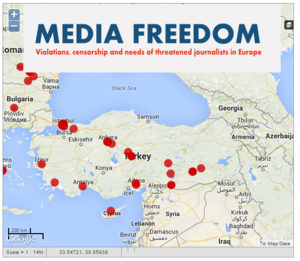 Through the project http://mediafreedom.ushahidi.com, during the year 2014 Osservatorio Balcani e Caucaso has monitored cases of violation of press freedom in Turkey

The charges against the suspects (five journalists; nine writers, directors, and producers of television series; and 16 law enforcement officers) were launched by a letter, alleging that Mehmet Doğan, leader of Tahşiye, a brotherhood rival to Gülen's, as well as other members, were unjustly arrested in 2010 on charges of sympathies for al-Qaida. According to the complaint, Gülen's men produced false evidence to incriminate them, while conducting a slanderous propaganda against them through television series aired on Samanyolu TV and articles in Zaman. Yet, according to reports from the local press, the suspects were arrested on charges of having "established a lobbying organization, for intimidation and threats to take control of the state of the Republic of Turkey".

While 18 out of 30 suspects were released in recent days, journalists Dumanlı, Karaca, and 10 law enforcement officers were summoned in court. The journalist's lawyer said that his client is accused of "being part of a terrorist army, slander, and being a threat to freedom".

Etyen Mahçupyan, adviser to the Prime Minister Ahmet Davutoğlu and former Zaman columnist, commented the statements by Dumanlı's lawyer by stating that "armed terrorism charges against Karaca and Dumanlı do not make much sense. Maybe the prosecutor knows things we do not, but if the case is limited to the case of the brotherhood Taşhiye, we already know what this is about".

The whole picture is confusing and unclear, also because a law passed just a week ago limits lawyers' power to view the their clients' prosecution papers. Such news add up to the enhanced power given to the police which, as of only a couple of weeks ago, can now conduct searches, detentions, and seizures of goods on the basis of "reasonable suspicion" rather than "hard evidence".

The local and international reactions

The arrests of the journalists have raised sharp criticism from the international community as well as from organizations such as Freedom House and Reporters Without Borders. High Representative for the EU's foreign policy Federica Mogherini and Commissioner for Neighbourhood Policy Johannes Hahn stated that "these acts go against the European values and standards to which Turkey aspires", while Council of Europe Commissioner for Human Rights Nils Muižnieks said that the latest arrests represent a "demotion for press freedom in the country", adding that "regardless of the reasons that may have occasioned them, they are disproportionate and not necessary in a democracy" and "may also create additional polarisation in society".

Erdoğan commented on the operations by saying that "those who took a position are being eliminated" and "are paying" and replied curtly to comments by European representatives, claiming that the EU has "overstepped its bounds". "We're not thinking about what the European Union will say, whether it accepts us or not. We do not have such concerns", said the president. These statements have put in question his visit to Brussels with Prime Minister Ahmet Davutoğlu, scheduled for next January.

Many voices in favour of the detainees were heard in Turkey: those of opposition politicians, but also of many journalists who are outside the government and Gülen circles. Over the AKP years, police raids resulting in arrest of dozens of "suspects" – from the Kurdish political movement, the left, Kemalists, and the military as well as a large number of journalists, commonly accused of "terrorist acts" or "plotting a coup against the government", have been common. The difference is that this time an old AKP ally is accused – an ally that contributed to initiating several trials – Ergenekon, Balyoz, KCK, Oda TV, and more – that led to hundreds of people ending up in jail for long years.

An exemplary case is that of investigative journalist Ahmet Şık, imprisoned in 2011 for over a year because of an unfinished book on the influences of the Gülen movement on the police. "What the Brotherhood of Gülen – that was among the fascist powers prevailing a few years ago – is experiencing today is still fascism. To fight fascism is virtue", Şık wrote on Twitter, receiving thanks from Zaman journalists.

Others like Soner Yalçın, who was imprisoned within the same investigation as Şık, do not feel the same way. "Sorry, but I cannot take the side of Ekrem Dumanlı", he said in an interview with Aslı Aydıntaşbaş of Milliyet, "even if what interests us is above all what the police did. I am talking about a great conspiracy. Who put me in prison? I can defend the brotherhood of Fethullah Gülen as regards the right to practice their faith. But he wanted to take control of the state. Do you not see it yet? I'm not taking the side of the government. We have always fought for freedom of the press and democracy and will continue to fight. But [Gülen's people] have destroyed the lives of people. The person responsible for such great pain must be tried by a judge. This is what we have to demand".