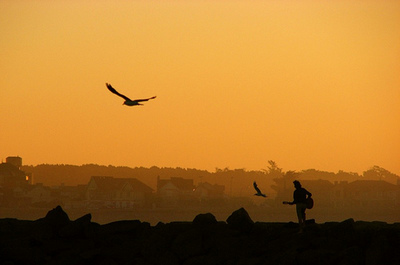 From December 19, citizens of Serbia can go to Szeged, Thessaloniki, or Trieste for coffee...without a visa. There is happiness, but not for everyone. The most disappointed are adolescents and those who were born and grew up under the sanctions. A commentary

30 November, 2009. Belgrade. Around noon. I am at work. The phone rings insistently. In the flood of messages I receive, there is one that surprises me. “Long live freedom”, read the letters. My 60-year-old mother is the author. At first I don’t get it. What? Didn’t we already win freedom back in 2000? I ask myself. Then, I finally understand that the long-awaited news has arrived from Brussels.

The official communication announces the following: the ministers of interior affairs and justice of the European Union have adopted the amendment to Regulation 539/2001, placing the citizens of Serbia, Montenegro, and Macedonia on the Schengen white list. In other words, they will be exempted from obligations related to visas for EU countries, with the exception of the United Kingdom and Ireland. The decision applies to the citizens of Serbia who have biometric passports, but the residents of Kosovo are not included.

19 December, 2009. Belgrade, Serbia, Europe. My name is Danijela Nenadic: citizen of Serbia. Starting today, I can travel freely to my Europe. There are no more visas; no more humiliating queues in front of clerks’ windows; no more collection of millions of documents, requests for appointments at embassies, unkind glances in front of consular windows; no longer the fear about whether or not you will be able to get out and visit friends living in Europe.

I am happy. I sincerely believe that this is of great importance for all citizens of Serbia. I know, without a doubt, that the world we belong to will be closer; that young people will finally be able to get out of the ghetto we had locked them in; that we will again, twenty years later, start to travel with pleasure, with the desire to learn and discover something new; that a generation will come for whom the word 'visa' will be strange and who could, as I did in the past, take the red passport and travel wherever they want.


I am sad, or perhaps very angry. We have been isolated for almost twenty years. It has been nine years since the changes in Serbia. Do I have anything to be happy about? How many generations have been lost? Look at the comments on TV and online boards. Those who are older than thirty, those who remember the “good old days”, say that the news from Brussels made them happy. Many said that now they will ask for their biometric passports and will go to Ljubljana for coffee, or perhaps they will continue on to Trieste and Venice. Others say that they will immediately go to Thessalonika.

My parents are preparing to go to Szeged (Hungary) for coffee. They say, “It is not so much about the coffee, it's only that we want to feel that we can still do it, just like before when we had the red passport, “Tito’s” red passport, and we could travel freely”.

It is easy for us. We know what it means and so it is natural that we want to do it again. It is akin to not having ridden a bicycle for a long time and only needing a few minutes to recall how it was done. But what about the generations who do not remember anything else except the sanctions, the embargo, wars? What about those who grew up in the ghetto?

Their comments, albeit expected, make me sad. I will share a few: “What would I do in the European Union; everything is senseless there; they do not know how to live like we do”; “I surely do not want to go to enemy states, states that have recognized the independence of Kosovo”; “How could I travel when my parents do not even have the money to survive?”; “It is better in Serbia; traveling is the last thing on my mind”; “Fine. They did not let us go out until yesterday, so now it is me who does not want to go...out of spite.”

These are the comments of the teenagers of today; those born under the bombs; those whose parents are the so-called losers of transition; those who do not know how to construct their identity. These are the thoughts of the youngsters who shout “Kosovo is Serbia” and who live indoctrinated with the rhetoric of the Serbian sacred land. Indifferent. Aggressive. Disappointed. They respect only the law of money. They have never been anywhere and Serbia is often a gloomy place to live. Some say that Serbia will not be able to stabilize in the short term precisely because of its Generation X. Others instead say that by working hard with the young people, it will be possible to dispel their prejudices and stereotypes and bring Serbia closer to the world and the world closer to Serbia.

Now, as always, I believe that we don't have the right to sit and watch, thinking that tomorrow could be better. I know it would have been better if we had gotten visa liberalization many years ago; I know well that everything comes slowly and in small doses. I also know that, to a large extent, it is our own fault; I have known for many years. Most Serbian citizens probably feel no differently than on any other day. I know that few people will be able to afford to go out of the country, but I know that we are a step closer to normal life. This is why I will feel proud when I see fifty Serbian citizens who, thanks to the government program ‘Europe for All”, will travel to the countries of the European Union for the first time. They will have nothing but their red biometric passports in their pockets. Without visas.