The partial fall of the Schengen wall 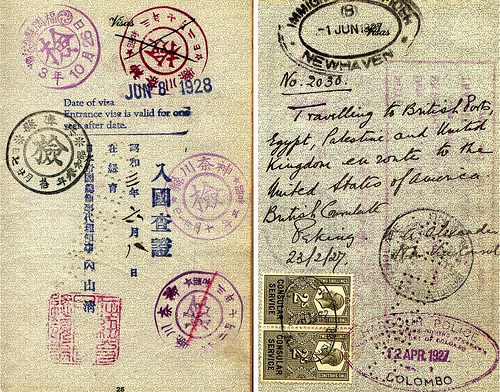 On 30 November, the Council of Interior Ministers of the EU approved the request to cancel visa requirements for citizens from Serbia, Macedonia, and Montenegro. Citizens from these countries will be able to travel freely to EU countries starting from 19 December. The reactions from Podgorica, Montenegro.

For Montenegro, the "Schengen Wall" has fallen. "We have obtained the first real right as European citizens: the freedom of movement," said politicians, officials, and analysts from Montenegro, all of whom unanimously agreed that 30 November was a great day for the country.

Brussels's move also sent a strong signal to the other countries in Southeast Europe: prepare for rapid accession into the EU.

Montenegrin Interior Minister Ivan Brajovic, who was present at the meeting in the EU's capital, did not hide his great satisfaction. "This is great news for Montenegro, for all of our institutions, and for all our citizens. After a long time we can say that the ministers of the 27 EU member states have sent a clear message to the skeptics, realists, and optimists indicating that Montenegro is part of European history, that it is proceeding on its walk towards Europe, and that they are expecting us there," said the minister.

The President of the Montenegrin Parliament, Ranko Krivokapic, said that "the decision brings the citizens of Montenegro, their culture, and values closer to Europe."

The secretary general of the European Movement of Montenegro, Momcilo Radulovic, said that Montenegro's long isolation had finally ended. "This new situation concerning the visas may not mean a lot in technical terms, but it has tremendous significance for the creation of the spirit of freedom, the sentiment of belonging to Europe, which was stolen from us 20 years ago."

The Delegation of the European Commission to Montenegro said that Brussels's decision was a "result of the Montenegrin government's hard work," and Prime Minister Milo Djukanovic declared the dropping of the visa regime to be one of the greatest achievements of his government.

One thing is quite clear: aside from the "European" issue, Montenegrin government officials have little else to offer the citizens. Public finances are close to collapsing; starting next year salaries will be 10 percent smaller on average. There are also still many lingering problems surrounding what's left over of the old, large state-owned companies.

This is why, as Minister Brajovic adds, "there is not much to celebrate." He says that Montenegro must come to grips with the new challenges. This is also the position of the leader of the opposition Movement for Change and chief of the National Council for European Integration, Nebojsa Medojevic. "What happened should be understood as an invitation to the elites to intensify the efforts to implement the reforms needed for speeding up our journey towards full EU membership," Medojevic said.

Podgorica analysts say that Montenegrin citizens have European diplomats to thank for being taken off of the Schengen blacklist and moved to the "white list." Analysts say that, after two decades of Montenegrin humiliation in the face of the embassies and the consulates of the EU, European diplomats well understood Montenegrins' need to have their right to travel restored. Before the end of the visa regime, Montenegrins had to obtain visas from their destination European countries' embassies in Belgrade.

Statistics from the Interior Ministry indicate that one out of nine Montenegrin citizens uses his or her passport regularly, but tourist agencies say that because of the economic crisis, the number of Montenegrins celebrating New Year abroad will decrease substantially compared to last year.

What is certain is that Montenegrin citizen interest in European integration will now increase, also due in part to Brussels's new enlargement strategy for the Western Balkans. The strategy focuses on expanding into South Eastern Europe before Turkey and Russia can extend their own influence in the region. The expansion strategy comes at a cost considering the region's economic and social circumstances, but apparently it is a price the EU is finally ready to pay.

On the other hand, as pointed out by European Stability Initiative analyst Kristof Bender, Montenegro is viewed positively in the European capitals. Compared to other countries on the "waiting list," Montenegro is seen as a "non-problematic country slowly but surely taking steps toward the EU."

"Overall, no one in Brussels is naive enough to believe that everything in Montenegro works at full speed. Pressure from the EU translates into demands on specific issues like freedom of the press, corruption, crime, reform of the judiciary, and this pressure will further increase with the opening of the accession negotiations," concludes Bender.

In Podgorica, the expectation is that Montenegro will become an EU candidate country by late 2010.