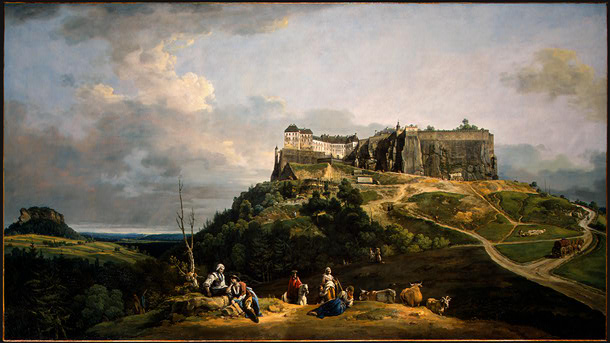 Three years ago, the elimination of visa requirements for Western Balkan citizens to travel in the EU was a breath of fresh air. Now, however, due to the numerous asylum requests, the Western Balkans are facing the threat of the measure being revoked. The case of Serbia, between asylum seekers and re-admissions

"Gypsies bother Western countries, which is why they want to re-instate visas for Serbia", says one teenager to another on a bus in Belgrade. The explanation comes across as rudimentary and politically incorrect, but its content is painfully correct.

Just three years ago, citizens of Serbia, Macedonia, and Montenegro welcomed with joy - mixed with suspicion - the news that they would no longer need visas for travel to Western Europe. For many, this meant being finally "able to have a coffee in Trieste". But for tens of thousands of people forced to live in conditions of poverty and marginalization in the Western Balkans, their inclusion on the Schengen "white list" meant carte blanche permission to emigrate to Western Europe in search of a better future. Not surprisingly, these are mainly people of Roma origin and, to a lesser extent, other marginalised communities. But permission to travel in Europe is not synonymous with permission to stay. And that's why in the past many people from this region applied for political asylum and still do, even to this day.

According to the UN Convention on the Status of Refugees (1951), political asylum is granted on the basis of a justified fear of persecution on political, religious, racial, or ethnic grounds in the country of origin. During the wars of the 90s, these conditions were widespread and easily verifiable. But now that the wars are over, to be granted asylum on the basis of "simple" socio-economic hardship is almost impossible. Yet, every year, the number of applications from Balkan citizens is around 20,000. Even without the necessary qualifications, most applicants find it well worth it to simply submit an application since the asylum seeker has the right to remain in the country until the end of the mandatory procedure of verification, which can take several months. So, for example, hundreds of Roma Serbs, in September every year or at the end of the agricultural and construction works season go spend the winter in the EU countries, as revealed by the 2012 report of the NGO Grupa 484.

The "false asylum seekers" from Serbia and the EU's response

In the first eight months of 2012, the number of asylum applications by Balkan citizens has exceeded 14,000. Over half of them are from citizens of Serbia, mainly Roma. The most affected European countries are Germany, Sweden, Switzerland, and Denmark. Under pressure from the German government, the EU has begun to address the issue of "false asylum seekers", as they are called with a certain disdain. For some time, its representatives have complained that the thousands of asylum applications flood the offices, and that the expenses that this entails place a significant burden on state budgets. The "false asylum seekers" have thus become a European problem.

The phenomenon in figures

Serbian citizens 'readmitted' in Serbia via the airport of Belgrade in 2011: 1937 (including 789 from

- The report of the NGO Grupa484 2012 , "The challenges of involuntary migration in Serbia"

The EU has not merely reported the problem but also started meetings with the competent Serbian authorities in order to develop effective measures. But in mid-October, it seemed that the severity of the problem, also because of the coming winter, was such as to justify Serbia's suspension from the "white list". The rumours about the reintroduction of visas riled the Serbian public and, after several days of tension, pushed Prime Minister Dačić to offer to cover the costs of the "false asylum seekers" in order to avoid Serbia being taken off the Schengen “white list”. In the end, the return of visas has been averted, at least for the moment.

This was not the momentary whim of the EU. The incident shone a light on the dense network of EU legal and administrative mechanisms developed with neighbouring countries (Eastern Europe, the post-1989) over the years to control migration flows. The possibility of suspending the visa-free regime for the countries whose nationals had abused it, for example, had already been contemplated in May 2011 by the European Commission itself. The main imperative that the EU poses to eligible countries in the "white list" is to combat illegal migration, namely, through two instruments: the tightening of visa regimes with the African, Arab, and Asian countries, and ratification of "readmission" agreements for third-country nationals residing illegally in the EU – a category that includes "false asylum seekers."

The problem of the "readmitted"

Serbia signed the "readmission" agreement with the EU in September 2007. Since 2009, the year when visa requirements were eliminated, the Serbian government has received from the EU requests to repatriate nearly 12,000 people. Most people re-entered the country voluntarily while those who opposed repatriation were deported by force. In 2011, this was the fate of at least 1,900 people (about 1,300 Roma, half of whom were minors), loaded on direct charter flights to Belgrade.

These data come from the Registry for readmission, based at the Nikola Tesla airport, which is the only institution that records the passage of the "readmitted". This means that the returnees in Serbia travelling by land, for example, are not filed. But the real problem is that the "readmitted" remain a ghost category, since they often refuse to register with the local authorities of the places in which they return for fear that the police forbid them to leave again. And this, in turn, makes it difficult for local authorities to implement programs of social reintegration.

As mentioned in the report of Grupa 848, the problem is even more acute when people have spent many years in Western countries – for them, the forced return to Serbia is often a traumatic event. Suffice it to say that among them there are many children who grew up in the West, often not fluent in Serbian. The most serious problems faced by this group of people involve access to personal documents, healthcare, education, housing, and the labour market.

The dramas caused by the strict EU immigration policies, and in particular the phenomenon of deportation, have inspired the work of director Želimir Žilnik. His latest film trilogy celebrates "solidarity outside the walls of Fortress Europe" through the story of Kenedi Hasani, a Roma man and a sagacious master at the art of getting by, who fled to Western Europe during the war and was deported back to Serbia with his family in 2002.

Europe of freedom and privileges

Recently, the Italian journalist Adriano Sofri wrote: "Europe, which today celebrates receiving the Nobel Prize with a few minor distractions (the former Yugoslavia, for example, is missing the geography of comments), has a great advantage over other continents: the right to cross its borders without border checks – a right that turns too easily into an exclusive privilege". In this sense, "false asylum seekers" and "readmitted" are tragic euphemisms that (poorly) conceal the hidden side of history, the cost of not having that privilege.”

The German writer Stefan Hebel, suggested in an editorial published in the Frankfurter Rundschau that the EU should return the Nobel Prize. “What peace, reconciliation, democracy, and human rights?” writes Hebel, “the EU knows under what conditions the Roma minority lives in Serbia and Macedonia, but it does not do much to change things, it rather closes the doors to those in need. In doing so, it loses the opportunity to really be an engine of peace and integration.”

Hebel's judgement is perhaps too harsh. But the fact remains that the declarations of EU representatives on the issue hardly ever mention the word "Roma". And it is questionable whether this is a symptom of political prudence or a clumsy attempt at disguising the true essence of the problem. Which, however, does not seem to escape even the kids on the bus.