Croatia on the Balkan migration route 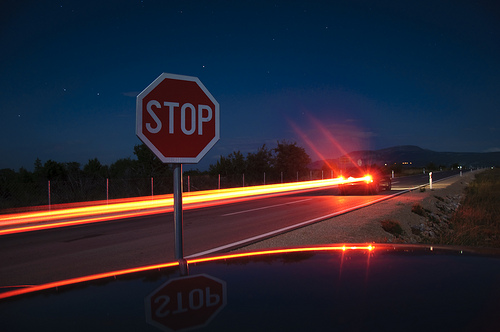 Croatia is on the so-called Balkan route of migration that runs from Serbia to the countries of the EU. How does the country, soon to become the 28th Member State of the Union, deal with migration issues? We have asked Julija Kranjec, expert in asylum and migration policy of the Centre for Peace Studies in Zagreb

How many asylum seekers and illegal migrants are there in Croatia, according to your estimates? Which countries do they come from?

According to data from UNHCR (United Nations High Commissioner for Refugees), at the beginning of 2012 there were 122 people – mostly from Afghanistan, Somalia, Pakistan, and Iraq – who had applied for asylum in Croatia. 2035 applied in the period between 1997 and 2011. Of these, 47 have received some kind of protection – 29 asylum applications were accepted and 18 people have obtained the so-called subsidiary protection since 2004.
As for irregular migrants, in 2011 the Ježevo shelter hosted 649 people, mostly from Afghanistan, Turkey, Albania, and Kosovo.

The number of asylum seekers in Croatia and the region has grown continuously over the last 2-3 years. Why? What do you think will happen when Croatia becomes a member of the European Union and the Schengen area?

To be more precise, there has been an increase in both asylum applications and illegal entries. However, whether all these people are actually going to stay remains an open question. According to statistics from the Croatian Home Office, most refugees leave Croatia before receiving the final decision on their asylum application, which suggests that they perceive Croatia as a transit country.

Julija Kranjec is a member of the Executive Board of the Centre for Peace Studies in Zagreb and mainly works on human rights, education, and asylum issues.

In our daily work, however, we have noticed a growing interest in Croatia as a destination. The reasons for this are the recently developed democracy and improved security, which set the country apart from the ones the migrants flee from. Croatia's entry into the European Union in the near Future is one more reason to stay. We in fact foresee an increase in the number of irregular migrants and asylum seekers once the country has entered the European Union. Albeit the system is unprepared to accept a higher number of refugees with satisfactory reception standards and appropriate procedures. Despite Croatia having made extensive use of the EU funds available to improve its asylum system, most resources and efforts have been directed at developing mechanisms for border policing including the acquisition of hi-tech equipment for sophisticated border control. There is evident hypocrisy in applying the values underpinning the European Union. Creating the conditions for effective border control and illegal migration seems to be a priority over peace building and respecting the human rights of refugees.

What are the entry and exit points from Croatia? Where does the migration route go?

According to statistics from Croatia's Ministry of the Interior, the largest number of illegal migrants enter Croatia from Serbia, in the Vukovar-Srijem county, which is on the so-called "Balkan route". Most illegal migrants leave the country throuth the border with Slovenia in the counties of Zagreb and Primorsko-Goranska. There are several ramifications of this "Balkan route" and those trafficking in human beings often abandon migrants in Croatia, telling them they are already in the European Union.

Croatia is one of the "whitest" countries in Europe, much more today than some decades ago, when students of non-aligned countries used to study in Yugoslavia…

Croatia's society is largely homogeneous in ethnic, cultural and religious terms. The results of a 2009 study by the Centre for Peace Studies showed that 25% of the population completely or partially agreed with strongly stereotypical statements on nationality, gender, ethnicity, sexual orientation, religion, and marital status. In addition, one in four people found it unacceptable for their children to marry a person of another religion, nationality, or skin colour. As a pacifist organisation that has been working on human and migrant rights for many years, we see rising xenophobia and prejudice against refugees, asylum seekers, and irregular migrants, as well as a lack of political will to develop some aspects of the asylum system.

And how do the media portray foreigners?

There is a particularly problematic combination of limited coverage and negative information. Using phrases like 'taking advantage of our hospitality' and 'invasion from the East and the South', as well as deformed and incomplete information on the arrival and transit of asylum seekers or irregular migrants, on who these people are and why they come here, creates an inhospitable climate and lack of understanding for people that are fleeing danger and seek protection in our country – all this despite our recent experience of both war and emigration.

We need to acknowledge that Croatia has been so far mainly a country of emigration and thus we should promote solidarity – not only towards those who are similar to us, because this is very simple, but also to those who are and we perceive as different. Instead, refugees are often placed in the same 'dangerous' category as terrorists and international criminals, which we strongly oppose.

At the moment, Croatia has no valid, consistent migration policy. The last law was passed in 2007. The country needs legislation that takes into account in a comprehensive manner all types of migrants and all aspects of migration. This is particularly clear in terms of the integration of migrants into Croatian society, especially unaccompanied minors.

What are the positions of the main political parties?

There is not much attention to the subject at the political level. Whereas in EU countries it is a crutial matter for gaining or losing votes, here it is not perceived as something important. The HDZ, the main centre-right party, for example, has no stance on it. The electoral campaign of the centre-left coalition government has mentioned that, in the coming years, Croatia will be confronted with an increased flow of migrants bringing with it the risk of social imbalances and a rise of right-wing forces. The centre left has also said that Croatia, currently totally unprepared in terms of ear-marked resources, should find the right strategies to tackle the problem and increase its collaboration with the migrants' countries of origin. How, when, and what they will do during their term in office remains to be seen.

Most European countries have struggled with migration for years. Many times, migration policies have proved a failure or even led to human rights violations. Is there a model of migration policy that you see as effective and applicable to Croatia?

First of all, the current situation in Croatia indicates that a lack of migration and integration policies leads to terrible violations of basic human rights. Croatia has proved to be unprepared for a potential increase in the number of migrants on many levels. For example, our law only recognises two categories of people: citizens and foreigners. All others, such as refugees or foreigners under subsidiary protection, remain outside this definition and therefore potentially subjected to exploitation and violation of rights. Unfortunately, Croatia's asylum and migration policy has been developed exclusively because of pressure from the European Union, not because it has been recognised as important by Croatian society, nor have we been determined to improve our legisaltion by adapting EU directives to our context.