The Croatian Right at the European Elections

Croatia: HDZ ringed by corruption ahead of the elections 15/11/2011 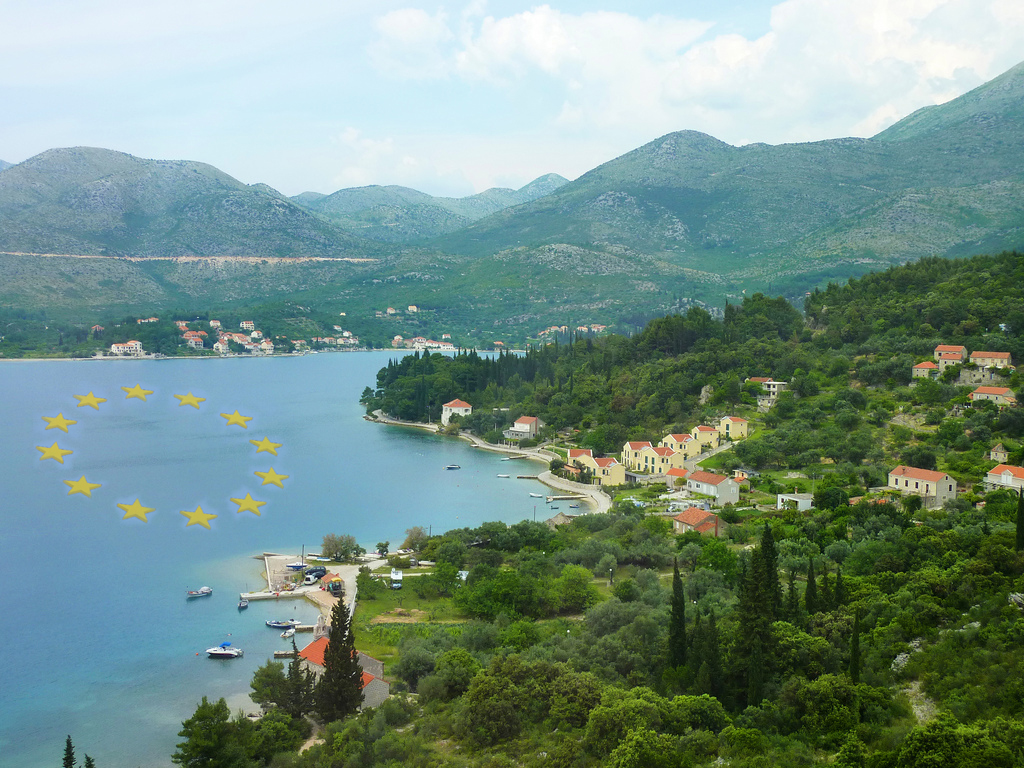 The Croatian Democratic Union (HDZ) will be presenting itself for the European elections with a pro-European program and a Euro-skeptic alliance, hoping to win 5 of the 11 seats allotted for Zagreb

On May 25, 2014 Croatia will participate in the first European Parliamentary elections together with the 27 other Member States. For the foremost opposition party, the Croatian Democratic Union (HDZ), the elections offer an opportunity to confirm their favorable results from last April and to put the government, ruled by the Social Democrats (SDP), in a difficult position. In order to succeed, however, the HDZ will have to defend itself from accusations of corruption and simultaneously negotiate its own electoral choices with the European People’s Party (PPE).

The HDZ after the condemnation of Sanader

On March 11, 2014, Judge Ivana Čalić condemned the ex-Croatian Prime Minister Ivo Sanader (HDZ) to 9 years of prison for corruption and embezzlement of public funds. It was the first decision dealing with the largest corruption affair since the country’s independence.

Last March’s condemnation was hardly the first judicial mishap to befall Croatia’s ex-premier (already sentenced for corruption in 2012). However, it is the first judgment against his party.

According to the sentence, Sanader did not act alone, but instead conspired with the leaders of the HDZ. The Judge also found the party leaders guilty of the embezzlement of public funds and condemned them to restitute 24 million Kune (3.2 Million Euros) and to pay a fine of another 5 million (around 650,000 Euros).

“The HDZ should cease to exist,” the Vice-President of Sabor, Nenad Stazić (SDP), declared to the press the day after the judgment. However, only the Constitutional Court could ever ban the party.

“Sanader was expelled from the party in 2010, and I have not been part of it before 2011,” Andrej Plenković, MEP for HDZ and head of the list for the upcoming European elections, declared to Osservatorio. Clearly no one is fretting over at the headquarters of the HDZ in Zagreb, located at number 4 of the square dedicated to the victims of fascism. “We will appeal and for the moment we do not have to pay anything,” assured Plenković with great sangfroid.

The last IPSOS polls, published by NovaTv, seems to vindicate the serenity of the MP: Despite the condemnation of Sanader and of the party, if the election were held today, the HDZ would win with 20.4% of the vote, just above the SDP (at 20.3%).

“The Croatian Democratic Union already paid the price for this scandal during the political elections of 2011, when the centre-left coalition managed to form the new government”, explains Plenković, “Since then, we have won two elections and we will also win the upcoming ones.”

A pro-European program, a Euro-sceptic alliance

The party founded by Franjo Tuđman, and today directed by Tomislav Karamarko, hopes to win the upcoming elections. “Our objective is to capture at least five of the eleven seats that are allotted to Croatia by the Lisbon Treaty,” affirmed Andrej Plenković. To succeed, the HDZ is relying on a pro-European program, in line with the decisions taken by the European People’s Party (PPE) at the Dublin summit.

“Our primary objective in Europe is to enter into the Schengen Area,” asserts the head of the list for the HDZ. Initially foreseen for 2015 – two years after its entry into the European Union—Croatia’s entrance into the Schengen area will probably be pushed back. “We have to be capable of effectively managing the border to prevent the entrance of illegal immigrants. And for the moment, we are not there”, admits Plenković.

Less urgent, but equally pressing, is the adoption of the single currency; a delicate topic for the majority of the pro-European parties, but one which Plenković addresses with apparent conviction: “Croatia will adopt the Euro once it conforms to the necessary guidelines. The Euro is a duty for all the Member States of the Union, not a choice”, commented the MP, who envisions the abandonment of the Kuna, the current currency, in 2018.

In addition, the HDZ shares the views of the PPE in regards to European enlargement. After the entry of Zagreb, now it is Belgrade’s turn: “Croatia’s duty is to support new adhesions to the European Union,” assures Andrej Plenković. “Even if I do not believe that there will be new admissions before 2020. Serbia has great ambitions, but it will have to alter its tone in The Hague if it wants our support,” continues the European Deputy, referencing the ongoing case for genocide between Serbia and Croatia before the International Court of Justice.

A spokesman for the extreme right of the “Croatian Party of Rights – dr. Ante Starčević,” Tomašić was already elected to the European Parliament last April, during the partial elections held directly after the entry of Zagreb into the Union. At this time, she obtained more than 64 thousand votes (versus 37 thousand for Andrej Plenković), thus becoming the most popularly elected member of the right coalition. At the Strasbourg session she joined the European Conservative and Reform Group, distancing herself from the PPE.

“Tomašić did not ally with either Nigel Farage or with Marine Le Pen,” argues the spokesman for HDZ. There is hardly any drama here: Ruža Tomašić endorses the common program, according to Plenković. Even on the Euro? “I haven’t asked her, but I think so.”

All that’s left is to convince the European People’s Party. According to its president, Joseph Daul, Ruža Tomašić, adverse to Croatia’s membership to the European Union, should present herself as a candidate on another list and not together with the HDZ.