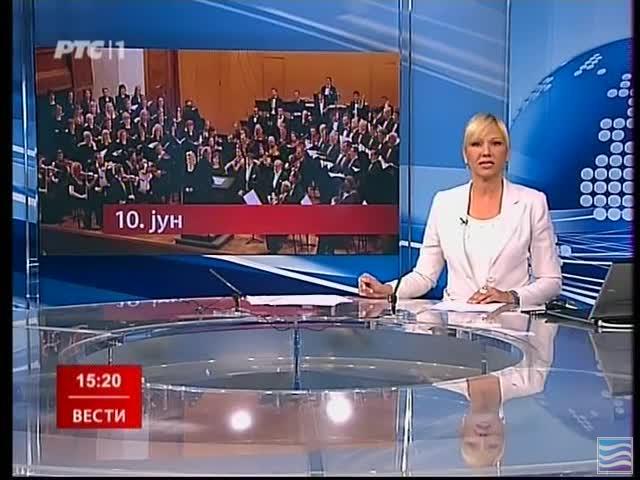 By July 1st, the 74 Serbian media still owned by the state or local governments will have to be privatised, but some say the deadline could slip to October

With the deadline only five days away for the state to relinquish media ownership and terminate funding from the state budget (municipal, city, provincial, or national), neither the media directly involved nor the government know with certainty what will be the final outcome of the process. As of now, it is almost certain that the deadline for the privatisation of the largest local media, as well as some national of which the state still has capital shares, will be postponed to October 31st.

According to the new media legislation, the state should withdraw from media ownership by next July 1st. Of all the media currently operating in Serbia – as many as 1.440, according to official figures – only 74 are still publicly owned (controlled/funded mostly by local administrations), while the rest is privately owned, including high-circulation tabloids and all TV stations with national coverage, with the exception of the public service (including the Radio Television of Serbia, RTS, and the Radio Television of Vojvodina, RTV). Privatisation, then, will not change significantly the current balance of forces on the Serbian media scene, but nonetheless continues to arouse great controversy, as it is a traditionally very delicate political issue.

OBC is one of the founders of the European Centre for Press and Media Freedom (ECPMF) in Leipzig. Visit our ECPMF section

Most of the 74 media still waiting to be privatised are owned by local governments, that finance them directly and therefore affect their editorial policy. These administrations, so far, have managed the funds allocated for the media sector in order to devote almost all resources available to the media they own. As the new law ended this funding mechanism, these media outlets will have to find a way to deal with the privatisation and rationalise their work.

The law provides that certain projects for the production of media content, if considered to be of public interest, can be financed from the state budget. However, local governments are not inclined to resort to this option, as they are reluctant to invest in projects the content of which they cannot control. And there is more. Instead of preparing for the change of ownership and the adoption of new funding methods, local authorities are trying to convince the public that privatisation will harm the media, obstinately waiting until the last moment in the hope that the whole process will be postponed again.

As required by the new laws, the media that by next July 1st will not have started the property transfer will be closed. These are mostly electronic media, extraneous to market dynamics and weighed down by too many employees, as local authorities have placed their executives there for years – which makes privatisation even harder. In the absence of potential buyers, the only other option is to offer employees the chance to purchase shares in an effort to survive independently on the market.

As anticipated unofficially, this cycle of privatisations could partially spare, due to the complex ownership dynamics (also created by the dubious transparency of previous share trading operations), the dailies Politika and Večernje novosti, of which the state still holds respectively 50% and 30% of the shares. The deadline is also expected to be extended for the privatisation of news agency Tanjug, Belgrade RTV Studio B (owned by the city administration), and the radio-TV stations of Niš and Kragujevac, also wholly owned by local governments.

After failing so far to exert its influence on local administrations and force them to carry out privatisations, the central government now has to deal with requests for extension or even exemption by the radio-television stations that employ the largest number of employees.

Sources in the Ministry of Culture and Information have confirmed that, in case of a parliamentary debate on a possible postponement, their proposal will clarify that any extension will be valid only until next October 31st, and only available to the media that have already initiated the ownership transfer. The adoption of this proposal would imply the automatic extension of the deadline for the privatisation of the daily Politika and Večernje novosti, that already have a significant amount of private capital.

The first attempts to reform the media sector in Serbia go back to 2003, but each concrete action was promptly pushed back because of political pressure from the local authorities, accompanied by the constant fear of facing the consequences of the redundancies. The current government, led by Prime Minister Vučić, seems – at least for now – stronger in its resolve than its predecessors and has proved that it wishes to complete a process that began more than ten years ago.

The Serbian Government, after all, does not have enough room to maneuver in order to radically change the formula already agreed. The media reform, designed in close collaboration with the associations of local journalists and the European Commission, is one of the conditions for the continuation of the accession negotiations with the EU, so the government of Prime Minister Vučić has no interest in hampering it.

The main objective of media privatisation is to grant all media equal access to the market, especially at local level – where small private media are disappearing one after the other because they are forced to depend on an unprofitable market, while those owned by local governments survive thanks to financing from their respective municipalities.

Opponents of privatisation insist that private media are violating the profession's code of ethics and allow themselves to be easily swayed by the government and other power centres. However, the behaviour of the media that are still state-owned – by municipalities and cities or the central authorities – is not irreprehensibly professional either. It is therefore clear that the form of property, in itself, is not a guarantee of high professional standards. Plus, in some cities, like Niš or Vranje, the private media are almost the only ones to offer a point of view critical of the local authorities.

The key issue, of course, is to establish sustainable mechanisms capable of ensuring an effective level playing field for all media, thereby strengthening freedom of the press. One of the major steps to be taken in this direction is to move from direct funding from the state budget to financing projects of public interest. Many municipalities, however, are reluctant to allocate resources for this purpose, so that the disappearance of the media they own will eventually end public information at the local level.

Another particularly sensitive issue relates to the minority-language programmes broadcast by state-owned local media. These should fall within the framework of project financing, but local governments have failed to start timely preparations for the changeover to the new system and are now getting ready to invoke the right to information in minority languages ​​as an argument against the transformation of local media, thus forcing the state to seek an alternative solution for these programmes to survive.

The government, for its part, has set a good example by significantly increasing the resources allocated to project financing. The competitions open to private media have already ended. The awarding of prizes by an independent commission made of several authoritative representatives in the media field, was driven by "populist" criteria that led to the granting of public funds to the greatest number of media possible. So, the main of the five competitions held by the Ministry of Culture and Information approved as many as 161 projects for a total amount of one million Euros (120 million dinars), arousing the disapproval of the experts of the sector, who deem it necessary to raise the quality of the evaluation criteria.