Jeopardising the effectiveness of journalism in South East Europe: the role of extra-legal policy mechanisms 16/03/2017 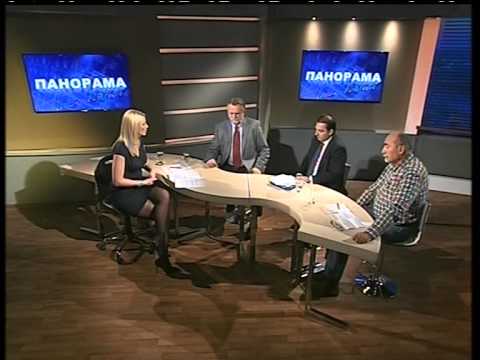 Serbia's first phase of media privatisation was met by few prospective buyers, and by a dramatic surge of the price of some local broadcasters

Radio Šid and Belgrade's Radio-Television Studio B went to private buyers for almost the same amount, some 530,000 Euros. However, Šid is a town of about 40,000 inhabitants on the border with Croatia, while RTV Studio B covers an area of several million citizens in Belgrade and surroundings as well as other Serbian cities. RTV Bačka Palanka – another local station, also on the border with Croatia – was sold for the significant sum of 249,000 Euros, which is even more startling if considering that the starting price was 8,818 Euros.

The starting prices had been determined by the Agency for privatisation in Serbia on the basis of the size and potential of the areas covered by each media. For Šid, a starting price of 6,928 Euros had been established, while Studio B was sold at about the same price set by the Agency.

The difference between these two municipalities and Belgrade in terms of potential market capacity is one of the key questions related to the first phase of privatisation of state-owned media. There is no rational response that makes financial sense, as it is difficult to imagine that any businessman would be unable to tell the difference between a market with a potential of millions of listeners in the richest part of Serbia and two small towns of average development. Radio Šid being also a cable network provider, with 3,000 subscribers, may have been an additional incentive, but RTV Bačka Palanka does not have this advantage, and was still sold for a figure considerably higher than the initial estimate.

According to the associations of journalists and some media experts, the reasons for what happened are political rather than market-based, and lead to the close relationship between the buyers of local media and the circles of government and majority party SNS (Serbian Progressive Party). Such allegations had also been made during the media privatisation following the fall of Slobodan Milošević, but without actual follow-up.

Therefore, associations now call on the relevant bodies (inspection services, the Ministry, and the privatisation agency) to carefully monitor the whole process. Yet, unless formal violations in acquisitions emerge, these will be entirely legal and it will be difficult to prove the dynamics that have characterised them.

This round of privatisation is expected to sell off 72 media, mostly owned by municipalities. So far, the Agency for Privatisation has issued a public announcement for the sale of 36 media, of which 13 were sold. Lacking offers for the rest, including the State news agency Tanjug, the remaining media will go to second round, with the base price reduced to a half. The second round failing, employees will be offered free shares, although this path hardly seems viable.

It is evident, however, that the economic crisis that has dramatically affected the country's media industry in recent years has left no prospective buyers for the media. Hundreds of private media are already struggling in a poor, crowded market – the 72 to be privatised are only a small part of the Serbian media scene. The fact that they have survived to this day mostly on state funding makes them objectively non competitive in the market.

Most Serbian media are financed through the advertising, that has long come under the influence of politics. This restricts the space for free enterprise, and discourages businesspeople with no connections from investing in the media. Simply put, the only way to make money in this sector is to have "good contacts" and to follow political and other power centers.

It is quite possible that prices sky-rocketed thanks to the buyers' confidence that they will find the necessary political support to sell the advertising – which implies that these media will certainly not prioritise the public interest, but rather the interest of those who paid well above market prices to take ownership of them. Money laundering, corruption, and other illegal activities are also a possibility, but unless the competent bodies shed light on them, the operations are formally clean.

The role of independent commissions

It must be acknowledged, however, that this round of privatisation was much better prepared than in previous years. Also, public entities (cities, municipalities, provinces, state institutions) are not prevented from allocating part of their budget to information – in fact, the law now requires public resources to be spent for the public interest, transparently, through calls for projects that all media can apply for.

At first glance, it seems that nothing important has changed and that the government, even after the shift to project financing, will find ways to influence the allocation of the budget. Yet, it is also true that, according to the law, allocation of funds will be done by independent commissions, also including representatives of journalists associations.

The behaviour of those commissions will shape to a large extent the way things will develop, and the experience of recent months shows that the new model still manages to provide more space for promoting the public interest.

Local authorities clearly did not like this change and have put a lot of effort into trying to maintain ownership by failing to adequately prepare for the transition to project financing. Now, they are faced with the urgency to comply, and the media they own are not able to cope with the new conditions. This is why most journalists of local radio and television stations decided to cash in their severance pay, which means they do not plan to accept shares of their companies (and neither management responsibility) should the second round of privatisation fail too.

If a state-owned media outlet is not sold, and its employees do not take on management responsibilities, it will have to be removed from the media register. Some hope that some miracle will occur and that the state, as it did in similar circumstances, will postpone the deadline so as to prevent their shutdown. Legally, however, this is not an option, as it would require further amendments to the law – something the European Commission, that sponsored both the media reform and the new media law, would not be thrilled about. The final decision, however, will be up to the government of Serbia.