Serbia: control the media with the help of the media 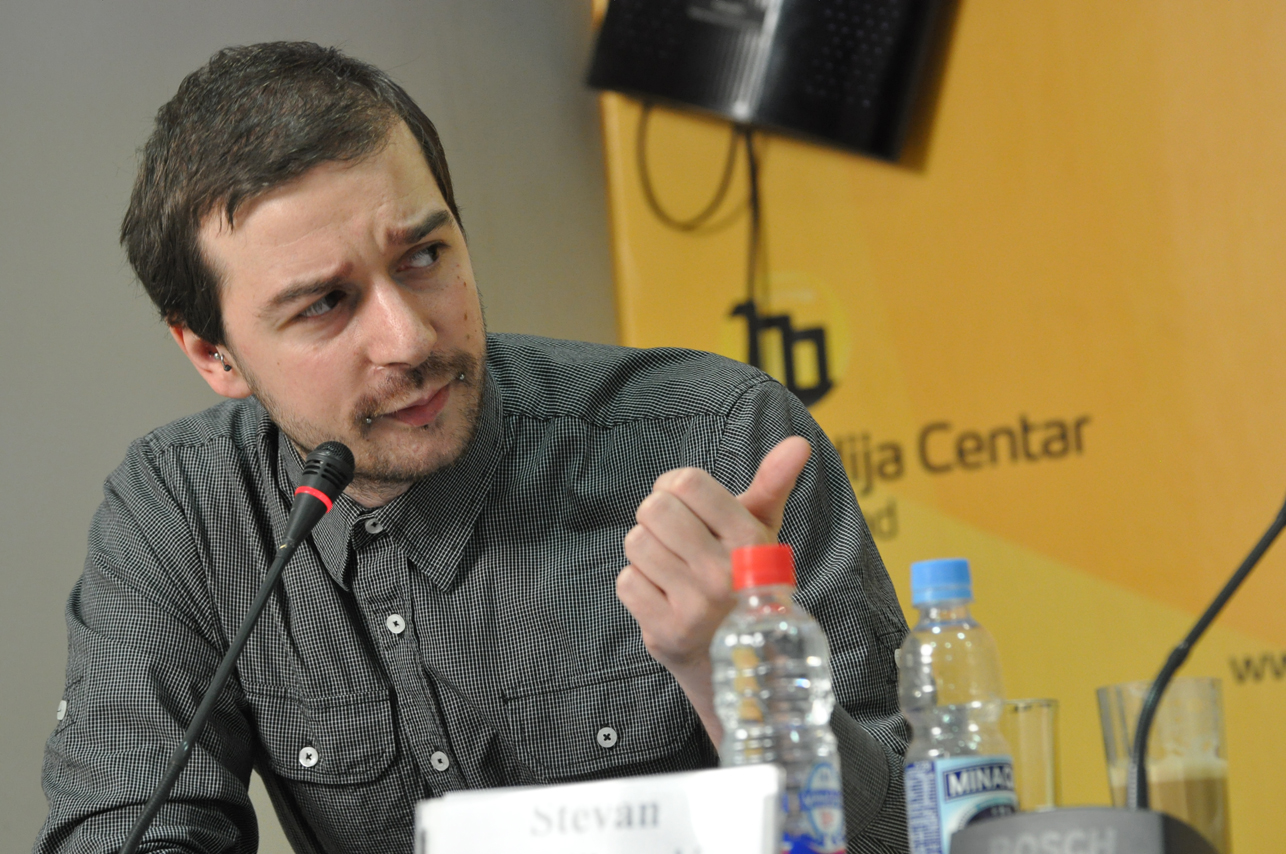 News is distorted in advance of publication because once it is published it will need to be contradicted. This could be defined as the new strategy for smothering freedom of the press in Serbia. The "honour" of the first attacks was on the investigative journalism portal KRIK and its editor-in-chief, Stevan Dojčinović. KRIK was preparing an investigation into the property of the family of Serbian prime minister, Aleksandar Vučić, but before KRIK had begun the investigation they were subjected to a media lynching.

The tabloid Informer and its director, Dragan J. Vučičević, accused KRIK of wanting to damage the Vučić family and they represented Dojčinović as a spy for the French secret services. They accused him of contact with drug addicts as well as having sadomasochistic tendencies. In other words, it was a perfect recipe for a smear campaign against those who are "disobedient". This was a clear message not only to KRIK, but to all the media in Serbia. Sticking your nose into the affairs of the leader of the coalition is not welcome.

"We will continue to work to the end on this investigation. Next week we will call Prime minister Vučić, who has officially admitted ownership of only a studio flat, to discuss this matter.

Obviously neither KRIK nor I are indifferent to this problem as we are under intense pressure. It is potentially dangerous when you are referred to as a spy or a sadomasochist, especially in a social context weighed down by prejudice and tending towards the theory of a conspiracy. On Twitter I was threatened saying that all my secrets were known”, says Dojčinović.

In the last few months Informer has released statements relating to a non existent coup in Serbia, attributed to some newspapers and journalists, and with continued attacks and similar actions against the ombudsman, Saša Janković. All these attacks, including the most recent, are broadcast in detail on Pink television programs, one of the most popular national stations, leaving practically no possibility for the victims to defend themselves.

There is no concrete proof of collusion between Informer, Pink TV and the government, but it is a fact that these two media always act in the government's defence and promotion. It is also a fact that Vučić respects Informer’s director, Dragan J. Vučičević, and supports him on national television as a good person and an excellent journalist.

“It is most difficult to bear the accusation that this is a war between two media. This is completely different, especially if you consider that it was not written anywhere that we intended to investigate the properties of the Vučić family. I’m convinced that this was all orchestrated by the government. It is incredible that the director of a private media attacks someone so viciously. There is no public interest in the article Informer has published on the front page. Why should the editor of a newspaper be interested in the private life of the editor of another newspaper?” said Dojčinović.

Informer wrote that it had found out about the investigation KRIK was preparing from an informant inside the investigative portal, but Dojčinović thinks that is improbable. There are only a few people working in KRIK and just he and a colleague were working on that report. Possible sources could be the real estate registry or other offices where inquiries were made regarding the Vučić properties. As it is highly improbable that these offices would divulge this information to Informer, (this would be against the law) suspicion falls on the police and other authorities which have resources available for monitoring and wiretapping.

The Independent Association of Journalists of Serbia (NUNS) and the Independent Association of Journalists of Vojvodina (NDNV) asked the government to check that there had not been illegal actions on the part of state bodies in this matter, but have so far had no reply. The NUNS has invited a boycott of Informer because of its systematic violation of the law, the ethic code of journalists and the violation of the code of human rights, and disregard of simple moral rules.

The range of action for these requests is marginal considering that Informer and Pink are part of a crucial system for maintaining control of public opinion and the government has no intention of relinquishing this system, especially in the midst of a campaign for the 24th April elections.

From this point of view it is highly possible that this new method, which includes control of journalist’s work and violent actions even before unfavourable information is published, is here to stay. This is worrying, especially if flanked with previously consolidated methods such as completely ignoring potentially unpleasant questions from journalists or calls for the suspension of transmissions of public debates.

The main Serbian news outlets either do not take any notice of the media lynching, which Informer with the generous help of Pink are conducting both against KRIK and Associations and individuals who support this portal, or only report the information in brief but without taking a position.

The true resistance to this comes from web portals, social networks, a minority of independent news agencies and the Journalist’s Associations. They are not a majority, but their work and efforts are not insignificant. If such was not the case, there would not have been this shameful campaign against KRIK. They had only shown the intention of investigating the “delicate" issue of the property of a public official. The pressure placed on KRIK could actually strengthen resistance. In fact, this portal will not give up the idea of writing about the Vučić family's property.

The uproar created by Informer has only roused public interest in this issue. The insolence of Informer’s editor, Vučičević, may only help bring together those opposed to the smothering of the freedom of press. At the moment the most influential inside this group is the NUNS, but it is to be expected that in the coming weeks we could see an increased commitment in the general public.

It continues to be too simple for the government to say they cannot be involved in the policies of the media and that they have nothing to do with Informer.

Nevertheless, should resistance increase in public opinion, these explanations would weaken and the “work" done by Informer could become unsustainably pressuring for the ruling party, especially during an election campaign.