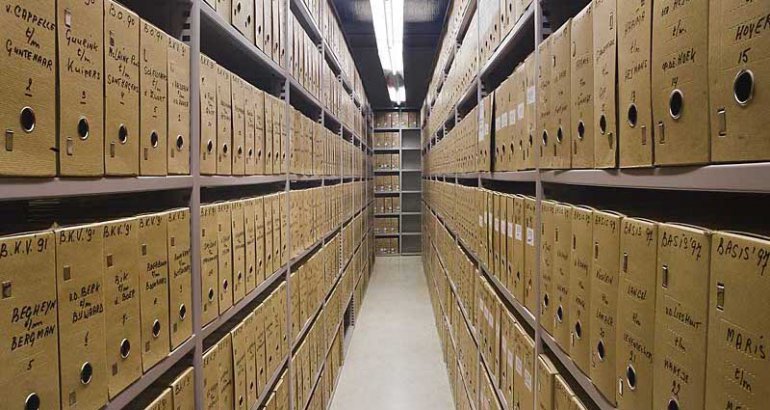 Serbia has one of the best laws in the world to guarantee public access to information. The problem is, the state does not respect its own laws. And the situation may get worse in the future

According to the ranking by Spanish NGO Access Info and the US Centre for Law and Democracy, Serbia is equipped with the "second best law in the world" on public access to information, adopted in 2004, after Mexico. Criteria included right to access, scope of the law, extension of appeals and sanctions in case of violation.

This comes as surprising news, considering that journalists in Serbia do not cease to denounce the increasing difficulties they encounter in exercising their profession.

According to Stevan Dojčinović , director of the Krik  investigative centre , the paradox is easily explained: "Most laws in Serbia are irrelevant, as the state itself does not respect them". Krik, which specialises in investigating networks of corruption, is financially supported by several NGOs, and Dojčinović was repeatedly targeted by Aleksandar Vučić's government, especially after uncovering the hidden assets of the Serbian prime minister.

"We have published a number of important investigations, and they realised how much free information can be dangerous for them, so they decided to shut us out". According to Stevan Dojčinović, administrations have been instructed not to cooperate with Krik. "By now, we can no longer access any document of minimal importance".

The daily battle of Bojana Pavlović, also a journalist at Krik, is to recover these documents. "While we were working on politicians' properties, suddenly all the people with whom we communicated in the Department of Land Registry were replaced. Later, we were told that the information that we requested was not of public interest". The same goes for requests for information to courts on verdicts or pending investigations. "It takes an insane effort to get information that, according to the law, should be provided without hesitation".

Krik editors now work primarily with the help of anonymous sources or international networks of journalists, such as the OCCRP (Organized Crime and Corruption Reporting Project). That's how Krik could expose the covert business of Siniša Mali, mayor of Belgrade, that during his mandate ran two real estate companies based in Bulgaria. "These journalists networks are very effective. It is thanks to them that we did half of our investigations, now that it is easier to flush out the signs of corruption abroad, just where the perpetrators are less attentive in covering their tracks", stresses Krik's editor in chief.

However, there is a way in Serbia to obtain the documents to which the law gives access – to contact the Commissioner for Information of Public Importance and Protection of Personal Data, an independent institution established with the 2004 law. The requests, however, are so numerous that the Commissioner needs several months to process them. He can also resort to an injunction that gives the administration seven days to implement the decision. In case of persisting refusal, the Commissioner may impose fines ranging from 20,000 to 180,000 dinars (€ 160-1,500). "But it is public money, so they prefer to pay the fines", laments Bojana Pavlović.

In 2016, Commissioner for Information Rodoljub Šabić and his 70 employees dealt with 5407 cases, of which 97% were solved. In the 146 unsolved cases, fines were issued, but in 61 cases, the Commissioner had to appeal to his last resort, the state, to enforce the decision. "Our institution does its job effectively", says a source inside the Commission who prefers to remain anonymous. "The main problem is when the state has to intervene. So far, it has never done".

Nevertheless, year after year, the institution earns in reputation and effectiveness, so much so that even some official agencies have turned to the Commission to obtain public information, following the example of the anti-corruption governmental Council, that has carried out a series of investigations on a number of controversial privatisations.

However, there is strong concern within the office. The mandate of the current Commissioner, elected by Parliament, will expire next year. His successor will therefore be chosen by the deputies from the current ruling party, the Serbian Progressive Party (SNS) of Prime Minister Aleksandar Vučić. "I'd be lying if I said this does not worry me," admits the Commission official. "We could become a paper tiger, if we backed off from the most sensitive issues to only deal with basic statistics". The first signs are not very encouraging – for two consecutive years, the Parliament has not reviewed the Commissioner's report in an open session.

Nedim Sejdinović, president of the Association of Independent Journalists of Vojvodina, is even more pessimistic. He believes that "journalists will lose an important source of support in the fight against the corruption and abuses of the institutions. I think we're going towards a drastic fall in the level of access to information. It is the logical consequence of the constant strengthening of authoritarian and anti-democratic tendencies in our society". According to Sejdinović, these trends cannot be reversed without more pressure from the international community, especially the European Union, on the Serbian government.