Media in Serbia, someone says no 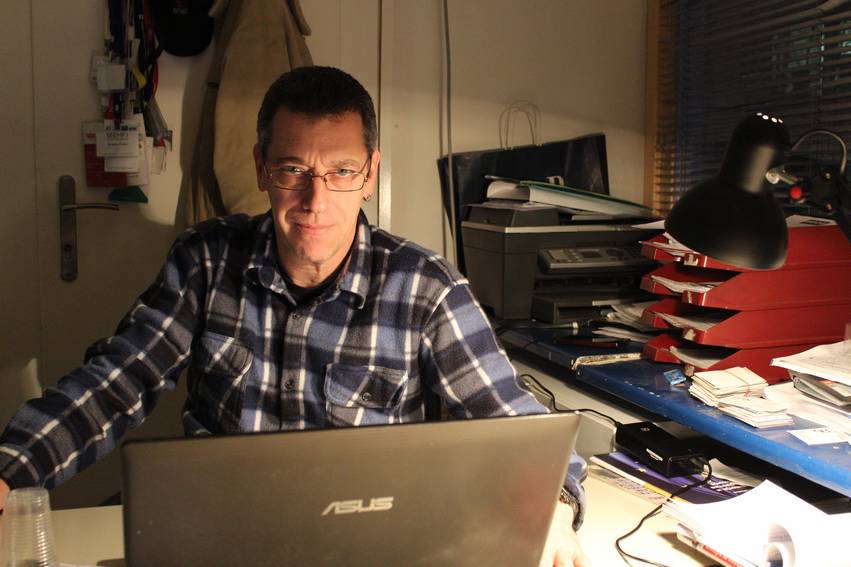 Media lynchings, physical assaults, threats. This is what investigative journalists face in Vučić's Serbia. An interview with Branko Čečen, director of the Center for Investigative Journalism of Serbia (CINS)

This year's SEEMO Forum – event devoted to press freedom in Southeast Europe – was held in Belgrade, November 21st to 23rd. On the evening of November 21st, shortly after the official opening, Serbian Prime Minister Aleksandar Vučić intervened. For the disappointment and disapproval of many of the about 200 journalists in the room, it was made clear that, at the end of his speech, the Prime Minister would only take 3 questions, and only by foreign journalists. Local reporters were not given voice. Some of them, including Branko Čečen, director of the Center for Investigative Journalism of Serbia (CINS), left the room in protest before the prime minister's speech.

You and other journalists left the room when Vučić arrived. Why?

Aleksandar Vučić, prime minister of Serbia, is the one to blame for the failure of the media in this country. He is the one who humiliates and offends journalists in the first place. Vučić has supported and publicly praised those media who do propaganda and target individual people, destroying their lives. He deprives the country and its citizens of the constitutional right to be informed in a timely, objective, and fair manner. He does it all the time, and things are getting worse.

Vučić is leading a country where there are no media that can have a serious influence on the public. And what does he do? He goes to a conference about journalism, organised by journalists, and journalists are supposed to just sit and listen to him explaining the state of things. This is meaningless as well as humiliating. Several times we, as journalists, tried to talk to him about press freedom, and every time we only received promises. And after the promises he just made it worse.

Mine was an act of protest, joined by a dozen colleagues, to show I did not accept what was happening.

Do you believe this symbolic gesture contributed to freedom of expression and freedom of the press?

I did not expect anything from this gesture, this protest. In fact, I thought no one would notice. In the end, ten of us left the room out of about 200 journalists who were present. However, the frustration – not just of journalists, but also of citizens – caused by Vučić's behavior and his continuous offenses against journalists is such that our symbolic act made it explode on social media. In addition, the episode was covered by the few relatively objective and independent media outlets. So, this gesture, even though unplanned, received a publicity that literally surprised me. My spontaneous tweet was viewed by 17,000 people.

Do you hope that the media situation will improve in the future?

I don't have hopes in this regard anymore. I work with my organisation to do investigative journalism according to international standards, in an objective, neutral, and professional manner. The only thing I can say is that, as long as we exist, we can be the seed from which one day, when possible, proper journalism will be born.

In my view, the media are the product of the political climate, the legislative framework, the application or non application of the law, the public opinion and, in the end, of the economic success of a country. For the media in Serbia to function properly, some level of rule of law must be guaranteed, and this is a long way to be achieved. Even if a serious intention to move in this direction existed, the process would last for decades.

Politicians should understand that a country starts to develop only when the media are not tools in their hands, means of propaganda in their struggle for power. In fact, the media must provide citizens not only with correct information about the facts, but also with a space to express their opinion.

Moreover, they should develop stronger institutions and let them do their job. Serbian citizens seldom believe the media, because very often the media cannot figure out what really happened, but the same goes for institutions – the police and the judiciary. And when journalists do it in their place, for years they are persecuted by the mafia that wants to kill them, and are forced to live under protection or flee the country.

Against this backdrop, you cannot expect to have functional media. That is why I say that, with the work of the Center for Investigative Journalism of Serbia, I am planting a seed that will flourish when the soil is ready – give me at least an independent and professional judiciary!

What is the biggest obstacle you encounter in your work as an investigative journalist?

We overcome obstacles every day, and we manage to do investigative journalism. The problem is that the mainstream media literally bury our findings. In a semi-literate country, national television is completely controlled through the advertising market by the political party in power. So you can do as much investigative journalism as you want...like BIRN, KRIK, Insajder, all successful organisations that work to the highest international standards – we all are doing it in vain.

We have no money, we are helpless, very often threatened, under legal pressure, we have big issues with the institutions that do not want to work with us – as, despite a very good law on access to information, the major institutions do not give us access to the most relevant documents. But we somehow manage to overcome these obstacles, we cope. However, they have found a fantastic formula – keep working as much as you want, your work will never reach the citizens of this country anyway.

Have you or your colleagues ever received threats?

Yes, sometimes we received threats, but we did not make a big deal of it. A survey conducted in the US on physical attacks on journalists found that 70% of cases occurred without any prior threat – as those who really want to harm you certainly do not warn you.

In our case, all the attacks that we suffered – except the irrational ones, like when someone waits for a journalist out of the court and punches them – happened after someone collected information on the movements and behaviour of the journalist.

In October, some women journalists of CINS, working on sensitive stories, were followed by some brute-looking men, who filmed them and stalked them in a more or less obvious way, with the clear intent to intimidate us and eventually force us to give up the investigation.

In these cases, we can only do two things. One is to make it public, which we did, denouncing what happened to the police – that, to our surprise, started serious investigations, and we will see if they go all the way. The second thing we can do is to promise readers that we will complete the stories on which we work. We are a team and it is not enough to threaten one of us to kill a story. So, violence is useless – it should be clear to all.

This is all we can do, in addition to security protocols aimed at reducing the amount of time that our reporters spend alone. Nobody goes out alone, late at night, no little dark streets. If the situation is really compromised, we send our reporters out of the country for some time, with colleagues from similar organisations, such as the international network OCCRP.

But in addition to the violence, there is more. We found in our electronic system a software that collects meta data, classifies them, re-indexes them, and sends them back to someone. And that frightens us.

Recently, the police arrested a boy, a hacker, that had attacked some portals, including, as it turned out, ours. He is from Belgrade, but had published a post praising the KLA and Greater Albania, apparently to divert attention and blame on others, on the Albanians. The boy was also found in possession of all our passwords from 2014 until today.

To scare me, someone also phoned me and played the recording of a conversation I had had with my wife, a conversation that had taken place in our house.

This is what we face, the environment where we work, while Aleksandar Vučić tells us that the media are free.