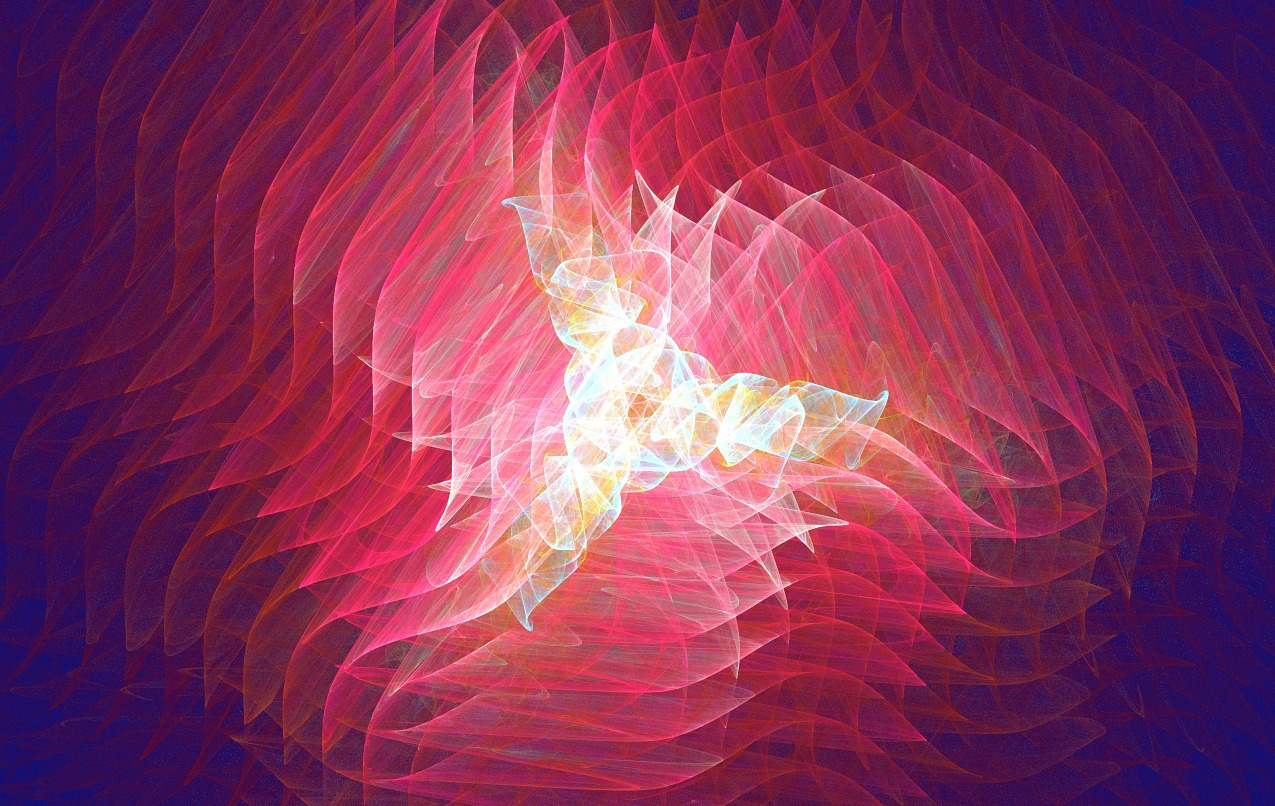 Scientific research in Soviet times had to face limitations imposed by the regime. The official ideology, in particular, could not tolerate the tenets of quantum physics

It is a fact that science in the Soviet Union made great progress and contributed to many fields, mainly for military purposes, in order to contrast Western superiority. As Leonardo da Vinci, Galileo, and many other inventors teach us, military research is a way to study science and easily get funds for future discoveries.

At the same time, especially during the Stalinist era, ideology played a pivotal role in science, halting research and stifling scientists' inventive. In order to stick to the party line, Soviet studies sometimes ended up sounding ridiculous. Alexei B. Kojevnikov, researcher at the Institute of History of Science and Technology of the Russian Academy of Science in Moscow, called this phenomenon “the main paradox of Soviet science”.

The most famous example of this paradox was the Zhdanovshchina policy (1946-1953). In 1946 Andrei Zhdanov, Stalin’s newly appointed director of Soviet cultural policy, outlined the doctrine that would shape the Soviet Union's cultural and scientific life until 1953. The Zhdanovshchina – as it was called – stated that artists, scientists, and intellectuals had to adapt their work, research, and studies to the party line.

Milovan Djilas, Tito’s closest aid, met Zhdanov in 1948 during the famous trip to Moscow that took Yugoslavia out of Comintern: "He was well educated and was regarded in the Politburo as a great intellectual. Despite his well-known narrowness and dogmatism, I would say that his knowledge was not inconsiderable. Although he had some knowledge of everything, even music, I would not say that there was a single field that he knew thoroughly – a typical intellectual who became acquainted with and picked up knowledge of other fields through Marxist literature".

Zhdanov, who was the father of Stalin’s son-in-law and expected to be his successor, died in 1948. Even after his death, his doctrine retained its influence and continued to be accepted by almost all the Soviet intelligentsia. Only few artists and scientist dared to work independently. One of them was Dmitri Shostakovich, who wrote a satirical cantata , The Little Antiformalistic Paradise, in which he ridiculed the Zhdanovshchina. The opera was performed to the public only in 1989 by cellist and conductor Rostropovich.

Things become tragic when a politician who is completely ignorant of scientific subjects wants to put limits and laws on scientific research. Often, however, tragedy turns into hilarity, as we know all too well from our Western history (and not only).

Objective scientific laws had to toe the party line. This included disciplining the Big Bang, quantum mechanics, and Einstein’s theory of relativity. On June 24, 1947, Andrei Zhdanov extended his policy to astronomy and cosmology, claiming that these fields should be cleansed from bourgeois lies and illusions.

Quantum theory was rejected as it does not describe the matter as a unique and real structure, apparently negating materialism. In the essays Against idealism in modern physics, released in 1948, the theory of relativity was labelled as “idealistic” and “Einsteinianism” denounced. The relativistic theory of a closed, expanding universe was defined a “cancerous tumour that corrodes modern astronomical theory and is the main ideological enemy of materialist science”.

The most controversial and discussed theory was the Big Bang's, still rejected at the time by many scientists, including Western ones. However, if the Western scientific community was still skeptical because of the lack of clear evidence, in the Soviet Union the opposition was purely ideological.

According to Stalinian cosmology, the universe was infinite (no space limit, no matter limit) and eternal (never began, never will end). Matter was only a material manifestation of motion and energy (no wave-particle duality contemplated). Galactic redshifts, discovered by Vesto Slipher in 1912, did not indicate that the space is expanding and all the theories had to fit in materialism and dialectical philosophy. The Big Bang was deemed to resemble the Bible’s Genesis and branded as a pseudo-scientific, idealistic theory.

Quarrels with the scientific community

This ban was justified also because its main originator, Belgian physicist and cosmologist Georges Lemaître, was a Jesuit. No matter if, later, the very same theory was turned into a physical model of the early universe by atheist Russian-American nuclear physicist George Gamow and his collaborators Ralph Alpher and Robert Herman.

Soviet astronomer Boris Vorontzoff-Velyaminov attacked Gamow and his “unscientific” theory because it was invented by an “Americanised apostate”, i.e. a former Soviet citizen who escaped to the US. Stalin's opposition to the Big Bang also stemmed from the fact that Pope Pius XI himself supported relativistic cosmology.

Actually, neither Lemaître nor Gamow conceived the Big Bang as creation, but inadequate knowledge of physics and scientific terminology led Zhdanov and Stalin into mistake. Lemaître himself was careful to distinguish between the “beginning” and the “creation” of the world. According to Lemaître, his version of the Big Bang model “remains entirely outside any metaphysical or religious question (and) leaves the materialist free to deny any transcendental Being”.

In fact, physicists argue that Big Bang cosmology does not need the notion of a creator, and since 1951 no Pope has ever used the Big Bang as scientific proof of the existence of God. Despite that, Zhdanov denounced that "the reactionary scientists Lemaître, Milne and others (...) reinforce religious opinions on the structure of the universe." They were "imposter scientists who seek to bring back to life the fairy tale according to which the world came out from nothing. (...) Another failure of their 'theory' is the fact that it invites us to adopt an idealist approach and believe that the world is finished."

The Zhdanovshchina drove cosmology studies in the URSS for a decade. Scientists were forced to find other ways to explain the universe. Banning the Big Bang and the theory of relativity put science in a cul de sac.

Not only did Zdhanov and Stalin regard the Big Bang as a “fairy tale” and “astronomical idealism which helps clericalism”, but they also banned the Big Bang counter theory by Fred Hoyle, Hermann Bondi, and Thomas Gold as politically incorrect. Their steady state theory describes the universe as eternal and immutable, with matter continually created in order to keep the density of the universe constant.

Physicists and cosmologists that would not follow the party guidelines were harshly criticised: Lev Landau (Nobel Prize in Physics in 1962) and Abram Ioffe (Stalin Prize in 1942 and post mortem Lenin Prize in 1960) were accused of “groveling before the West”; Peter Kapitsa (Nobel Prize in Physics in 1978) of propagating “open cosmopolitanism”; Iakov Frenkel and Moisei Markov of “uncritically receiving Western physical theories and propagandising them in our country”.

In 1949, the All-Union Conference of Physicists was going to be organised by the Ministry of Higher Education and the Academy of Sciences, with 600 physicists invited. The conference was supposed to impose the dogmas of the new physics, definitely rejecting the “antimaterialistic” theory of relativity and quantum mechanics.

There was just one problem: Igor Kurchatov, director of the nuclear bomb programme, told Beria – head of NKVD in charge of the project (as Kapitsa used to say, his ignorance in physics was only equal to his arrogance) – that rejecting the theory of relativity and quantum mechanics would mean to reject the nuclear bomb as well. Beria reported the meeting to Stalin, adding that he was worried about the physicists' ideological unreliability.

The nuclear bomb was a top priority. So, 5 days before the inauguration, Stalin cancelled the conference. Five months later, on August 29, 1949, the first Soviet nuclear bomb was tested at Semipalatinsk, Kazakhstan. According to Lev Landau, the survival of Soviet physicists was “the first example of successful nuclear deterrence”.