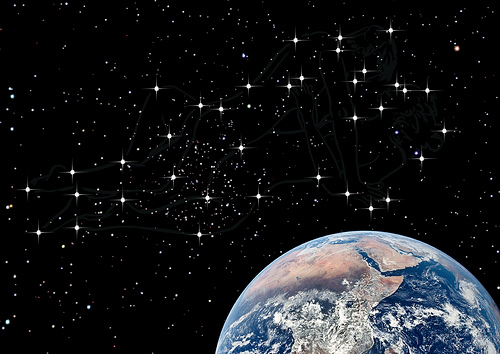 Scientific research in independent Armenia after the Cold War and the demise of USSR. An interview with Ashot Chilingarian, director of Yerevan Physics Institute

Since 2008, Ashot Chilingarian has been director of the Yerevan Physics Institute of Armenia. In 1993, he was appointed head of the Division for the Study of Cosmic Rays, energetic particles originating from outer space that enter Earth's atmosphere. The Yerevan Institute was founded in 1942. In the Soviet period, it had one of the largest electron ring accelerators in the world. Moreover, it founded two high-altitude Cosmic Ray Stations on Mount Aragats. Professor Chilingarian has dedicated his whole life to scientific research. In this interview, he reflects on the years of perestroika, the past and the future of scientific research in Armenia, and the projects on Mount Aragats.

You have worked in scientific research since 1971 and had a forty-year career spanning a period of time when the social context changed profoundly. The Soviet Union does not exist any more, Armenia is an independent state, and there was the war in Nagorno-Karabakh...how has all this influenced your work as scientist?

My scientific career, if it is really scientific, did not depend heavily on the political situation. The drastic change since 1971 has been the change in the distribution of scientific information. In the seventies, I travelled to Moscow's Lenin Library to read scientific journals because only one copy of each journal arrived in the Soviet Union. Now, I get all the articles I need directly from the screen of my computer and not from a bookshelf over my head. The exchange of scientific information, direct contacts with universities abroad, highly-improved peer reviewing procedures - these all made participation in scientific progress much easier and not crucially dependant on large funds.

COSMIC STATION
Bettina Timm
GERMANY, 2008 / DURATION: 30'
Mount Aragats is the highest in Armenia. At a 3,500 metres height, what is left of a prestigious Soviet project is a cosmic rays monitoring station. This institute used to gather the best physics scholars with the goal of studying the secrets the universe is made of. Olver a hundred women and men used to live there, looking for information on distant galaxies and the particles created by cosmic rays. Most researchers left when funds ran out with the demise of USSR. Yet, incredibly, some Armenian scholars still resist on this peak, living like ghosts in the old buildings, left in the cold, forgotten by the world and the institutions, only supported by their faith in science and passion for research.
Watch the trailer

Sure, huge projects are connected to the political situation. However, I cannot claim that the unlimited funding we had in Soviet times always supported high-level scientific research. The scientific management was not the best and huge projects were often started and never finished. The most important thing for me was the opportunity to work on some of the world's biggest international collaborations.

And, finally, it has been very important for me to have the chance to publish numerous papers in European and American scientific journals. Responding to reviewer comments - and also reviewing the papers send to me - helps me be aware of news results in the field, understand how to best present scientific results, and, finally, better recognize the methods and goals of scientific exploration.

The Yerevan Physics Institute, of which you are currently director, was founded in 1942. What were the main goals of the Institute in the past? What are the main goals of the Institute nowadays?
In particular, we worked in the field of particle physics and started out in cosmic ray research before the first man-made accelerators were launched. The main goals of cosmic ray research was to explore the structure of matter, to investigate particle interactions with matter, and to build new particle detectors. There were also some military aspects: neutron multiplication, etc...

On Mt. Aragats, we had on of the only earth-based laboratories for cosmic ray research. We were very strong in scientific instrumentation and our first director, world-famous physicist Artem Alikhanyan, was very respected and had very good connections, both among the world's best physicists and in Moscow's high-level offices. 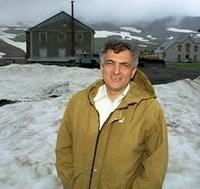 Nowadays, the mission of the institute is a source of debate. The Prime Minister of Armenia formed an International Commission of Experts to evaluate the competitiveness of the institute's scientific direction. The session of the Commission held at the end of July, 2009 included reports from the institute director and division leaders, visits to the institute's main facilities, and meetings with Armenian officials and institute scientists. The main conclusion was that YerPhI offers a unique basis for the further development of science and science intensive technologies in Armenia and that YerPhI should be transformed into the National Laboratory of Armenia.

The Commission supports the cosmic ray research at Mt. Aragats and the work of the YerPhI groups at accelerators abroad in the research of nucleon structure. However, the proposed experiments in high-energy and nuclear physics at the home accelerators were declared not internationally competitive. The Commission recommends creation of a new dedicated facility (with a cyclotron for protons and heavy ions) to be used both for fundamental research in nuclear physics and for applied purposes, including medical treatment. This is a real challenge not only for the institute, but also for Armenia because this project will require funds and management skills on a scale which is quite large for Armenia at present.

The Soviet Union used to have a significant tradition in the scientific field - in physics, for example...but not only in physics. At the time of the tensions between the United State and the Soviet Union, the role of the scientific community was essential and the role of scientists was highly-esteemed in Soviet society. What about now?
All the years of independent Armenian science and education have been neglected due to a scarcity of funds and poor management. The prestigious scientist of Soviet Armenia has turned into a beggar constantly asking the government for money. Therefore, students are not rushing into the sciences. The opportunity to go abroad, to work on international collaborations, and participate in conferences is now the prime motivator for students.

How has the Armenian scientific community- if we can use this definition - experienced the huge change that has happened in Europe and in the Soviet Union since the years of perestroika?
The Armenian scientific community is dispersed. Scientists who get international grants, in addition to governmental funding, become part of international scientific progress. They have modern equipment, good connections abroad, repaired offices, students, and good prospects for the future. Unfortunately, the number of such scientists is not very large. The rest are still waiting on funds from government, and the question is whether they will be able to continue on course with modern research after a gap of lost years.
What are your personal memories of those years?
In 1993, I became head of Cosmic Ray Division of YerPhI and it was real challenge. There was absolutely no funding (a monthly salary of ~5$), no electricity, no heating, no fuel. You could hardly survive in the city, so running high-altitude cosmic ray stations seemed like pure madness. Now, looking back on those years, I'm really surprised we did our research at Mt. Aragats. There were very difficult winter months with electricity cut-offs, but we never shut down the stations in all those years. Furthermore, we created new scientific infrastructure, bringing the Cosmic Ray Division to the foremost position in the world in modern research fields such as Space Weather and Thunderstorm phenomena. We have had very good temperatures in recent years and now, each year, we add some new research activity to our centre. This year, we added geomagnetic field measurements. Next year, we plan to start radio-monitoring of the sun, etc... So, I can sum it up: we survived and we became strong!
What is the relationship between scientific research and education in Armenia ?
In Soviet times, universities mainly taught and all research was concentrated in Research Centres like the Yerevan Physics Institute. Of course, students came to get diplomas and many scientists from the institute were teaching (I taught at Yerevan State University for 30 years). However, the Institute and University were under different umbrellas and were completely different organizations.

Now, we need to join research and education. Every year, the students coming into the Institute are weaker and weaker because they did not get proper training in schools and universities. If we want to have a next generation of researchers, we need to urgently create education centres in institutions like YerPhI where expertise in modern science still remains. For three years now, the Cosmic Ray Division has operated a Space Education Centre. My students from the University come to YerPhI not only to listen lectures about cosmic rays and modern astrophysics, but also to work in laboratories for experimental physics, electronics, and data analysis which we have constructed specifically for educational purposes. This lets some students who like experimental physics work with modern equipment. 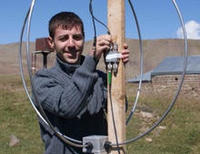 A student from Yerevan Institute

The Armenian diaspora played a crucial role in Armenia's independence. Is this true also for the Institute that you direct?
In the year 2000, Armenian-Americans from California, Massachusetts and Michigan established a Cosmic Rays Division Friends Organization to support our research and our scientists. These initiatives were coordinated by Anahid Yeremian, a physicist from SLAC National Accelerator Laboratory in Stanford. The funds they donated were transferred via special projects of the National Foundation of Science and High Technologies (NFSAT), chaired by Harut Karapetyan. In the beginning, we used the funds to support our scientists and students, to buy equipment, and to maintain operation of the high-altitude station. In recent years, these expenses have been covered by the CRD research grants and the diaspora funds have been primarily used for the repair of infrastructure and of buildings at high-altitude research stations.
How do you judge the level of scientific research in modern-day Armenia?
Still high, but fast decaying.
What is your greatest fear for the future, and what is your greatest hope?
The level of education is also decaying very quickly and I'm afraid we may not get the minimum amount of students required to continue our projects in the future.

Our greatest hope is that there are students currently working at CRD who are really devoted to physics. Another hope is that the government finally seems to recognize that if they forget about science again, in a couple of years, there will be nothing to remember.