Macedonians to vote on new name 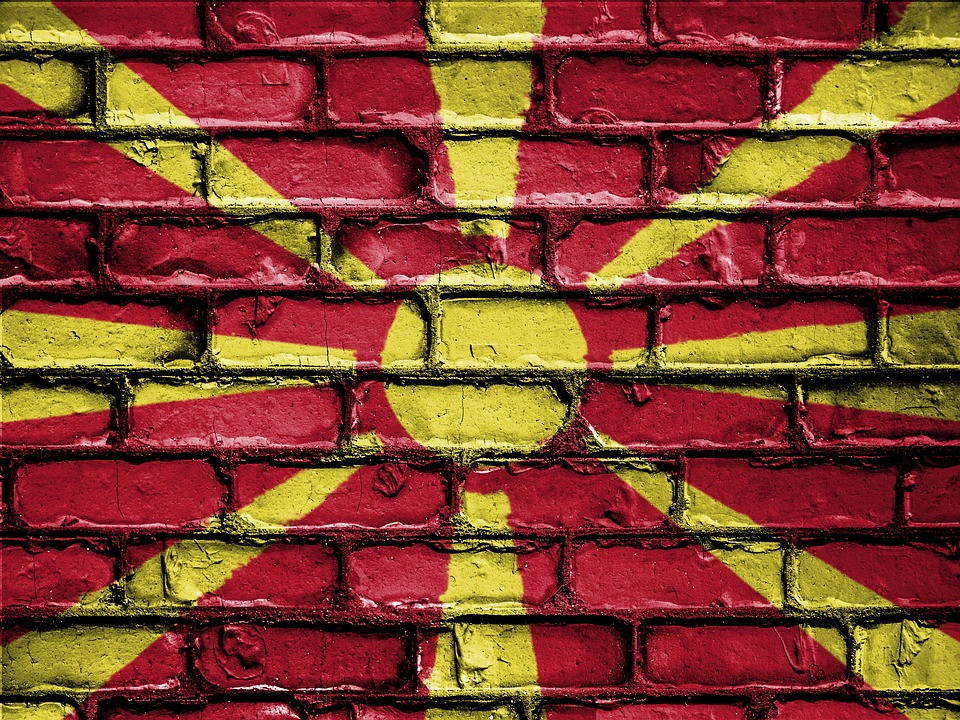 Macedonian citizens will vote on Sunday on the Prespa agreement, which foresees "Republic of North Macedonia" as a new constitutional name for their country, in an attempt to overcome the long "name dispute" with Greece

A popular joke among Macedonian journalists describes the intensity and the political importance of the guests who visited the capital Skopje throughout September. The joke goes like this: "Where should one look for German ministers? If you can’t find them in Berlin, look for them in Skopje".

German Chancellor Angela Merkel, Austria’s Sebastian Kurz, US Defence Secretary James Mattis, Italian Defense Minister Elisabetta Trenta, UK Minister for Europe and the Americas Sir Alan Duncan, EU foreign policy chief Federica Mogherini and NATO chief Jens Stoltenberg are in the long list of first-class foreign dignitaries and diplomats who visited the Republic of Macedonia over less than a month, in a sign of strong Western support for the process just a few weeks ahead of the September 30th “name” referendum.

“Most citizens will surely understand the meaning of these visits,” said to the media Denko Maleski, a professor at the Law Faculty in Skopje and first Foreign Minister in independent Macedonia, adding that the visits signal “strong support for the government’s course but also for all the Macedonian citizens who, on September 30th, should confirm our country's striving since its independence to join NATO and the EU”.

On June 12th, 2018, after almost 25 years of negotiation, Athens and Skopje agreed to end the long-lasting name dispute. According to the compromise, Greece’s northern neighbour will use erga omnes – internally and externally – the name of Republic of North Macedonia. In return, Greece promises to lift the veto for joining NATO and not to object the EU accession process.

According to the other segments of the agreement, the ethnicity and the language will continue to be called Macedonian, while the nationality will be Macedonian/citizen of the Republic of North Macedonia in all documents. Also, the international codes will remain MK and MKD, as they have been registered so far in the International Organization for Standardization. Only the license plates for vehicles will be changed into NM or NMK.

The campaign for the upcoming referendum lasted through September. Its primary goal was to motivate citizens to go out and vote, and secondly to convince them to answer positively the ballot question “Do you support EU and NATO membership by accepting the agreement between Macedonia and Greece?”

For the referendum to be valid, the turnout should be over 50 percent plus one vote of all registered voters, or slightly more than 900,000 people, out of which half plus one needs to answer positively. The threshold should be achieved, since the average turnout in the election cycles is around 58.77% and the main opposition party VMRO-DPMNE does not have a perfectly clear stance on the referendum.

Namely, the new leader of the opposition VMRO-DPMNE, Hristijan Mickoski, after weeks of not disclosing the party's stance, declared that citizens should decide on their own whether and how they will vote. “This is not about Mickoski or VMRO-DPMNE or Zaev and SDSM, but the entire Macedonia. At this historical moment, VMRO-DPMNE after the consultation with citizens on boycotting or opposing the referendum and following the consultations with international interlocutors and party members, has again assessed that this agreement is harmful for Macedonia, and therefore we will leave it to the citizens to decide based on their own assessment”, said Mickoski at a press conference.

On the other hand President Gjorge Ivanov, at the gala dinner organised by the United Macedonian Diaspora in Detroit, USA, said that he will boycott the referendum. “As for me personally, I already voted. I voted 27 years ago, on September 8th, 1991. I was one of those who cast their vote in favour of constituting the Republic of Macedonia as a sovereign and independent state, with its own name and dignity. Therefore, I will not go out and vote on September 30th”, Ivanov said.

Therefore, high turnout is the first, most difficult goal for the government, the official promotor of the referendum and Yes option. The situation is made even more complicated by VMRO-DPMNE not having a stance and the boycott camp being a horizontal movement without a central figure, made of individuals and small/marginal parties motivated only by the ultimate goal – the referendum to be unsuccessful and the agreement void.

The political messages from all foreign diplomats who visited Skopje were something like this: “Do not stay at home on September 30th, on this historic day. Seize the chance and say clearly what kind of future you want to have”, German Chancellor Angela Merkel said during the press conference in Skopje.

Although the government is pumping optimism amongst the undecided and neutral that there will be sufficient turnout, whilst most media publish polls saying that the majority of people support NATO and EU integration, hence the agreement, the situation is not so rosy for the Yes campaign. As a consequence of the poorly conducted campaign, mostly focusing on EU and NATO benefits and neglecting the agreement and its consequences, combined with the complex and not straightforward referendum question, the Boycott movement has been able to spread speculations, distrust, and false news through shady news websites and internet trolls.

Even Foreign Minister Nikola Popovski had to address one of those speculations during his latest press conference. Namely, that the new name of the country will be “Republic North of Macedonia” and not, as agreed, “Republic of North Macedonia”. Considering that according to a recent survey only 3% of the population has read the Prespa agreement, these speculations were somehow expected.

Also, on top of the imperfectly conducted campaign, a series of corruption scandals that happened in the previous year and a half, during the SDSM-DUI led government, further undermined trust in the new ruling elite. The situation is alarming to the extent that some of the top state official issued statements saying that the referendum will be considered successful even if the turnout is 600,000 people.

Parliament Speaker Talat Xhaferi, asked what would happen if the necessary threshold in the referendum is not reached, said that the issue would go into the hands of the institutions. “No threshold means that citizens abstain from the right to decision-making and hand it over to the elected institutions”, said Xhaferi in an interview for Alsat-M.

According to a cable by the US embassy, released by WikiLeaks and cited by Greek daily Kathimerini, Skopje was willing to accept the name Republic of Northern Macedonia or Republic of North Macedonia as early as 2008 (during the VMRO-DPMNE – DUI coalition led Nikola Gruevski), provided it included the recognition of the Macedonian language and nationality. Following this disclosure, Prime Minister Zoran Zaev said that this represents one more reason to vote in the referendum and secure the country's future.

During a debate on a private national broadcaster, VMRO-DPMNE leader Mickovski said that if the referendum is successful “and the majority votes in support of the referendum, the situation is clear and VMRO-DPMNE will respect that”.

Considering all the official statements and unofficial rumors, it is not excluded that VMRO-DPMNE hopes for a successful referendum, in order to have an alibi during the constitutional changes process which should follow a “successful” referendum outcome. That will be the last part of the Macedonian obligation and then the agreement will be sent for ratification in Athens.

Obviously, regardless of the outcome of Sunday’s referendum, the path is paved and the international community is willing and ready to omit some shortcomings regarding the needed majority if the political elite pushes for the finalisation of the process. It is obvious that the process was not run by the book, will the threshold of slightly more than 900,000 voters be reached? This remains a huge mystery. The local political elite seems to be prepared for a “plan B”, even at the risk of creating another dangerous precedent, i.e. accepting a 600,000 turnout as legitimate and legal for constitutional changes that will need the support of at least 10 VMRO-DPMNE MPs.

Will the political thriller have a second part, or will everything become clear on Sunday? But as Ambassador Matthew Nimetz – personal envoy of the UN Secretary-General, who led the name talks for almost two decades – said in a recent interview for BIRN, the idea of long-term waiting is very risky. To those in the Republic of Macedonia who say “let's wait for a few years, we will have a better agreement in the future”, Nimetz replied: “You cannot know whether the EU will want another member by that time, you don't know where NATO will stand, you don't know what will happen in Greece with the power shifts, you don't know what will happen in the region”.