Macedonia: a landslide victory for Zaev in the local elections 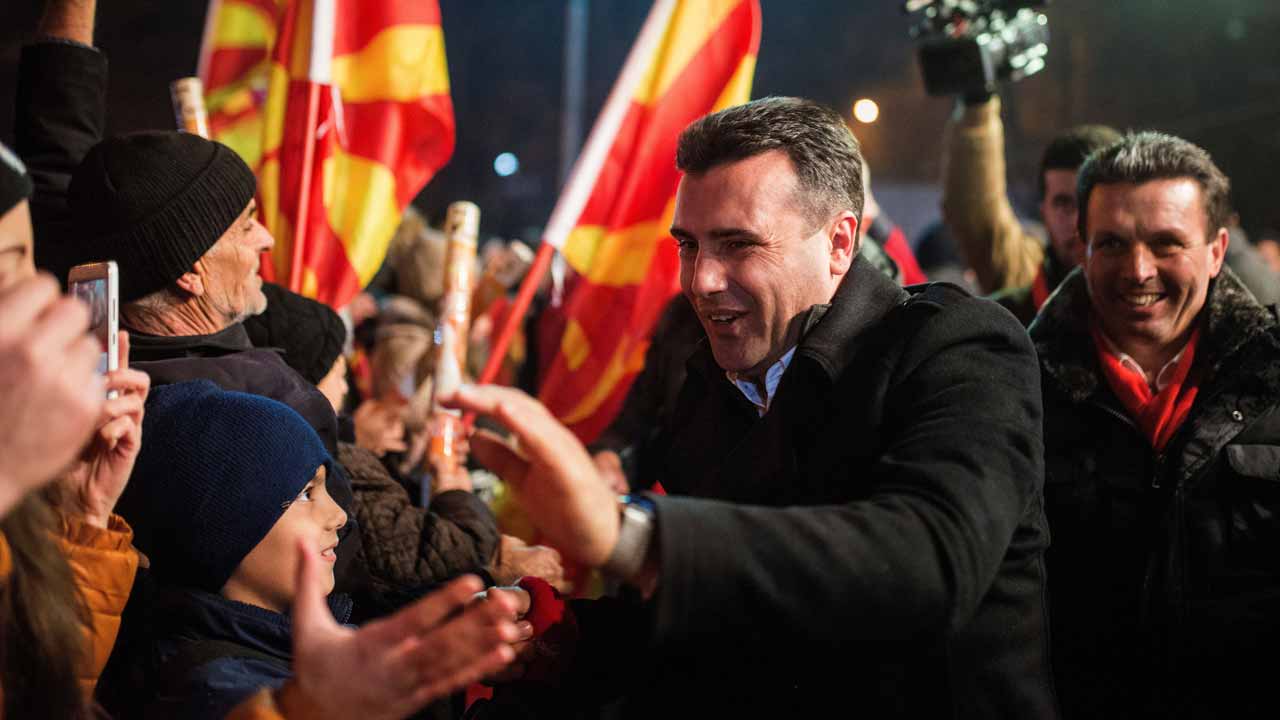 After the SDSM’s landslide victory in the local elections, the coalition led by Zoran Zaev has now steady ground to implement systematic reforms, start legal proceedings related to the wiretapping scandal, and dismantle the mechanisms that enabled the state capture by former prime minister Nikola Gruevski

After the SDSM’s landslide victory in the local elections, the political situation in the Republic of Macedonia has become much clearer than in the beginning of the year. With consolidated political power at the central and local levels, the SDSM-led coalition has steady ground to implement systematic reforms, start legal proceedings related to the wiretapping scandal, and finally dismantle the mechanisms and culture that enabled the state capture by former VMRO–DPMNE prime minister Nikola Gruevski.

With full control of local municipalities and of the legislative and executive branches of power, Zoran Zaev’s government is left with no excuses. On the other hand, these local elections were a “to be or not to be” moment for Nikola Gruevski's political career.

The end of an era

19 political parties and coalitions and 65 local initiative groups competed for mayor and/or council member seats in the elections. The first round was held on October 15th. Two weeks later, on October 29th, a second round was held in the municipalities where a mayor had not been elected.

The results were more shocking than anyone predicted. Out of 80 municipalities plus the city of Skopje, ruling party SDSM won 57 mayoral seats, DUI 10, VMRO–DPMNE 5, Alliance for Albanians 3. Besa, DPA, and DPTM won one seat each, whilst three municipalities are now led by independent mayors.

Compared with the 2013 local elections, the shift in power – especially for the two biggest parties – is huge. The SDSM passed from governing 4 municipalities to 57, while the VMRO–DPMNE dropped from 56 to only 5. Even the most optimistic SDSM members could not have imagined such an outcome.

The grand jewel in the local-election crown, capital Skopje, was of utmost importance for the two major parties. Ahead of the elections, all predictions were that the mayor would be elected in the second round after a tight race. Some of the analysts supporting this prediction stressed that the SDSM had never ruled in Skopje. In fact, the race was set already in the first round: SDSM candidate Petar Shilegov won the city from VMRO–DPMNE acting mayor Koce Trajanovski. This was the signal that, for the first time since 2006, the VMRO–DPMNE and Nikola Gruevski were going to lose the elections.

Three parties, each with its own arguments, criticised the voting process as unfair, corrupted, and systematically abused by the ruling SDSM and DUI.

VMRO–DPMNE leader Gruevski, few hours after the closing of polls, held a long press conference. His speech can be summarised in one sentence: our party does not recognise the result of local elections. Then, Gruevski asked for early parliamentary elections, the constitution of a technical government, and Zaev's resignation as Prime Minister. Few days later, VMRO spokesperson Ivo Kotevski informed the local media that, although not recognising the results, the party will not give up the seats won.

Two other parties complained about the voting process: the recently formed “Besa” and the Alliance for Albanians (AA). Founded just before last year’s parliamentary elections, they managed to win 5 and 3 MP’s respectively. Furthermore, the AA – with its three MPs – is part of the ruling coalition together with the SDSM and DUI.

Besa, on the other hand, although remaining outside the government, also supported its creation. In such political constellations, ahead of the second round of local elections, the AA announced its alliance with Besa, while the SDSM recommitted to its alliance with the DUI. In the runoff, Besa and AA had intense campaigns and lost against DUI candidates in several municipalities, including them Tetovo, Chair, and Struga.

The bottom-line narrative of both parties was that the will of ethnic Albanian voters had not been respected. According to them, they won the majority of the ethnic Albanian vote, but DUI candidates defeated them thanks to votes from ethnic Macedonians. Moreover, AA leader Zijadin Sela said that the party does not recognise the results, although – just like the VMRO–DPMNE – it will not give up the seats it won.

The overall assessment of the OSCE/ODIHR observation mission was that during the first round “election day generally proceeded orderly, although some procedural irregularities were observed”. In the second round, the mission noted that “the campaign was short and subdued, with parties vying for support from beyond their traditional base though occasionally using aggressive rhetoric”.

Also, the election observation mission report noted that some parties expressed concerns about the Prime Minister pledging government support for municipalities with mayors from the governing coalition. “This action undermined the separation of the state and party, contrary to OSCE commitments”, the report said.

The local elections showcased several missed chances by some of the political actors and citizens in general. Gruevski still keeps his party hostage to his political ambitions. After such a defeat, he was expected to resign from his leading position, thus giving the party a clear start and a way to move on from the allegations related to his massive wrongdoings as Prime Minister. On the other hand, since the Special prosecution has confiscated his passport whilst investigating his actions from 2006 to 2016, the leading position in the party is only a bargain chip for some future negotiations and deals.

The wide use of nationalist rhetoric from the AA and Besa can also be regarded as a missed chance. Unlike the SDSM and VMRO–DPMNE campaign, that was vying for support from beyond their traditional base – namely, addressing the Albanian minority directly via TV spots and billboards in Albanian – the AA and Besa favoured ethnic campaigning.

Leaving aside the genuinity of the VMRO–DPMNE approach towards the ethnic Albanian community, the AA and Besa once again missed the momentum – instead of offering a civic platform appealing to all citizens, they played the nationalism card addressing only ethnic Albanian voters. Such strategies can be successful in ethnically homogenous municipalities, as these elections have shown: the AA and Besa outnumbered DUI candidates in such duels.

However, in ethnically mixed municipalities, such narratives are doomed to obtain to limited support, even in cases where challenged parties are burdened with wrongdoings like the DUI is. The Tetovo, Chair, and Struga municipalities have confirmed this thesis, since the DUI outnumbered the AA and Besa coalition in all these municipalities. Also, in the long run, their capacity to create coalitions seems to be quite low, a phenomenon that cost the VMRO–DPMNE its governing majority.

Like in previous elections, this time too the VMRO–DPMNE ditched the debates. The party's reasoning was obviously that receiving criticism for not appearing on TV was less damaging than being criticised live for its alleged wrongdoings. Such assumption proved to be wrong, as they drastically lost.

Another worrying trend is the number of elected female mayors. Out of 81 posts, only 6 mayors are women. And there can be several more examples of missed chances for improving the political process and overall situation.

However, the bottom line is that the SDSM – regardless of its shortcomings – is currently the only political party able to genuinely reach voters, regardless of their ethnic background, by offering a civic platform. The case of the municipality of Arachinovo, predominantly inhabited by ethnic Albanians, is a bright example: its citizens elected Milikije Halimi, a female candidate from the SDSM – a result even more surprising than the large, easy victory in the city of Skopje.