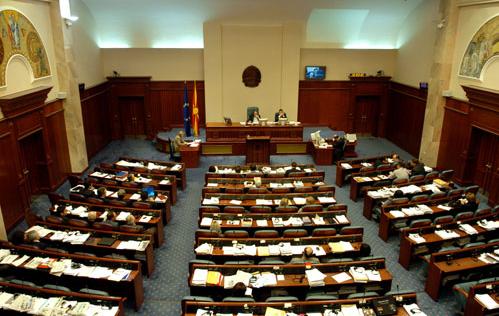 Thanks to the mediation of Štefan Füle, EU Commissioner for the Enlargement, the Social Democratic Macedonian opposition declined to boycott the local elections, scheduled for March 24. The institutional crisis is over, but the problems of democratic functioning of the institutions remain

Macedonia’s main opposition party, the Social Democratic Alliance (SDSM), will take part in the country's local elections, set for 24 March. The political crisis which started at the end of December when SDSM members of parliament (MPs) were forcibly thrown out of the national assembly. After that, SDSM decided to boycott the local vote. The boycott was resolved at the beginning of March, after a mediation effort by European Commission’s Enlargement Commissioner, Štefan Füle, and European Parliament rapporteur for Macedonia, Richard Howitt.

Last December, SDSM MPs engaged in intensive filibuster tactics to delay the adoption of the budget for 2013. They proposed endless amendments and delayed sessions, outraging the VMRO-led majority. On 24 December, SDSM MPs engaged in a strategy of blocking the session by surrounding the parliament’s speaker seat and not allowing him to chair the session. Parliament security services were called in. They entered the assembly and forced out SDSM’s MPs. They literally dragged some of them, women included, out. Before doing that, they also forced out the journalists sitting on the observation balcony, saying it was for their own safety.

Journalists, on the other hand, felt that they were removed so that they could not witness and report what was about to follow. Luckily, events were registered by some of the MPs’ phone cameras. It was a shame indeed: bodyguards dragging frail female MPs on the floor of parliament. Many in Macedonia would have actually enjoyed a good clash between the majority and the opposition parties in parliament (on gentlemanly terms of course.) It happens in many legislatures and it is fun to watch. But sending in the bodyguards on elected representatives was something else. According to many observers, it was the “bleakest day” in the history of the democratic parliament in Macedonia.

Interestingly, the international community stood by silent. Opposition party SDSM was clearly acting with the intent to escalate political tension. Analysts saw it as a strategy to beat the party's poor approval ratings and to turn a political light onto themselves. Why the VMRO-controlled parliament services had to overreact to that extent and give SDSM a reason for the escalation of tensions, remains unclear.

Following the incident, SDSM left the work of parliament. They said that parliament has lost legitimacy and they asked for early national elections which would restore democratic legitimacy. The VMRO-led government adamantly declined. SDSM said they would continue their battle outside the institutions, from the streets. They started organizing short daily protests across the country.

The events coincided with the time for calling the local elections and SDSM said it would boycott them unless they were held together with an early national election. In the meantime they continued their protests, which remained small.

SDSM's hopes that the international community would condemn the incident in parliament were not realized. There were a couple of tweets by EU politicians and a few muted statements. It was clear that the international community did not support the opposition. According to some analysts, this was because an inner ethnic-Macedonian conflict was considered a small security risk.

As much as the international community might have disagreed with what happened in parliament and with how the government of Prime Minister Nikola Gruevski generally deals with dissent, be it from the media, judiciary, or political opponents, it prefers a stable multi-ethnic government to one controlled by SDSM, which itself clearly suffers a legitimacy crisis. In addition, many, the international community included, apparently saw what was happening through the lens of the prolonged leadership crisis in SDSM. Its patriarch leader, Branko Crvenkovski (two-time prime minister and one-time president), who has held the helm for two decades, is struggling hard to retain control of his party in spite of the many election defeats he has suffered from his arch-opponent Gruevski in recent years. After it lost huge at the national elections in 2008, SDSM succeeded in challenging VMRO to an early general vote in June 2011, primarily because it also suited VMRO itself and its junior coalition partner, the Democratic Union of Integration (DUI) of Ali Ahmeti. It gained ground and substantially increased its strength in parliament but it still remained in opposition. If Crvenkovski looses again in the local elections, his position in the party would be further eroded. This is why, according to observers, he pushed for boycotting the local vote despite the obvious desire of many in SDSM and other smaller parties to go to the polls.

The impasse lasted until last Friday. The deadline for nominating candidates had already passed once. SDSM did not nominate its candidates, despite suspense, until the last moment. In a nick of time before the deadline, high-profile SDSM official and mayor of Karposh (large municipality in Skopje) filed his independent nomination. He was promptly expelled from the party. Another smaller coalition partner, the Party for European Future (PEI) of Macedonian Muslims (they speak Macedonian and are ethnically Macedonian but are Muslim) partially broke the boycott by nominating candidates in only one rural municipality which, as they said, was of special importance to their community. They nonetheless stayed part of the coalition. Another senior SDSM official, Zoran Zaev, mayor of Strumica, and a likely candidate to succeed Crvenkovski, gave an interview in which he suggested going to the local elections, a suggestion which diverged from SDSM's official position.

Last week, in an obvious response to these developments, hoping the inner fissure between the SDSM coalition and the DSDSM would expand, the ruling VMRO promptly voted an extension of the deadline for nominating candidates.

Finally, following several unsuccessful mediation attempts, Commissioner Füle arrived in Skopje last Friday and after a day of tense negotiations, resolved the crisis. SDSM agreed to return to parliament and to run in the local elections. Whereas SDSM declared the resolution to the crisis a great victory, VMRO smirked. According to some analysts, Crvenkovski was saved by the bell (and the judges). Whereas SDSM claims the deal brokered by Füle also pertains to their demand for an early national election, VMRO says no date for a general vote has been set. It is possible, however, that there is a date by which to set a date for an early national election. Now, a lot will depend on the outcome of the local elections. If SDSM does well, Crvenkovski may actually pull through once again. However, if it looses, he will be in a difficult position at the upcoming SDSM congress in May.