On the swings of political dialogue - I 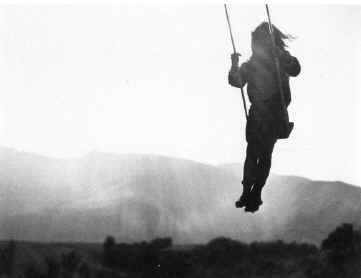 The polical situation in Macedonia remains highly instable, after boycotts of parliament, government crisis and the risk of early elections. And this time, heavy international pressure doesn't seem to play a positive role on the stabilization of the country

After having spent four months in boycott of parliament, the former guerrilla leader Ali Ahmeti and his Democratic Union of Integration (DUI) returned to the national legislature end of May. The result of a process that came to be known as the "political dialogue", which has been going on in one way or another ever since the last elections, and in its final phase since February.

DUI won the majority of the Albanian vote in the July 2006 national elections but the victor in the Macedonian block, VMRO-DPMNE chose to form a government with the other major Albanian party, DPA; DUI's' archrival. This enraged DUI, who felt that they were the ones with legitimacy to govern as they got more votes. After several months of pressure, protests, and banging on the doors of the international institutions, they left parliament end January. They also withdrew their mayors, 17 in total, from the association of municipalities and said they would instruct them not to communicate with the central government.

Some said - entry in a political crisis. Others - there is a stable government; DUI can do whatever they want.

Mr. Ahmeti explained the exit from parliament with "not wanting to be part of institution which push the country backwards". "We are seriously concerned", stated Mr. Ahmeti. According to him, the new government's record in implementation of the Ohrid Framework Agreement (OFA) was miserable.

Prime minister Nikola Gruevski originally ignored DUI's leaving parliament, "This is their democratic prerogative, I respect it and do not see anything tragic in it.

Nevertheless the international factor got concerned. It tried to convince DUI to stay in Parliament. There is a wider regional context at stake. The impending resolution of the status of Kosovo is entangled and dramatic as it can possibly be, even without additional instability in Macedonia. Especially one provoked by a political successor of an armed guerrilla.

The EU and the US tried to apply pressure on DUI to stay in parliament.

"If the leadership of DUI goes through with this decision, they will regret it, because it will push the country backwards", said Ervan Fuere, EU Ambassador to Skopje.

"It is a democratic choice but I think it is not welcome, because everybody who has voted for DUI has done this to have their representatives work in the institutions", said US Ambassador Ms. Jillian Milovanovic.

President Branko Crvenkovski also said it was a mistake to accept DUI's boycott. "In a parliamentary democracy, problems are solved in parliament", said he.

Whereas the opposition heightened the rhetoric of political crisis, further facilitated by the response of the internationals, the government partners, VMRO and DPA claimed the situation was under control.

DUI's rivals DPA said it was all about DUI being bitter for not having entered the government. They dismissed the rhetoric of a lack of political dialogue.

"We do have a real political dialogue", argued vice prime minister Imer Selmani pointing to the achievements of the government in the realm of ethnic relations. He said the parties from the opposition were listened to in parliament and their amendments were accepted; the government has tripled the funding available for promoting first time employment of non-majority communities; allocated 1 million euro for a university library in Tetovo, and established Albanian institute in Skopje.

"In four months we did things that they couldn't do in four years", said Mr. Selmani, pointing the finger at DUI which shared power over the past four years with the social democrats (SDSM).

"This is good neither for them, Macedonia, or the pending solution for Kosovo", said Mr. Selmani for the Voice of America.

"Mr. Crvenkovski and his instrument Mr. Ahmeti, misinform the officials in Brussels and NATO about the situation in Macedonia. Mr. Crvenkovski is again using the method of spreading rumours to underscore that ethnic relations in the country have never been worse", accused Mr. Taci.

President Crvenkovski retorted that the government should open its eyes.

"Instead of facing the reality that it has a problem and to start solving it, the government is explaining the negative comments from Brussels with conspiracies, or tattling by the opposition."

The third partner in the government, the new social democrats (NSDP) of Tito Petkovski, called for inclusion of DUI in the government as way of overcoming the crisis. This however was not welcomed by DPA which has a strong antagonism with DUI over dominance in the Albanian block.

Expert opinions were also divided whether the crisis was real or imposed.

According to professor Denko Malevski, one of the country's foremost political scientists and former Ambassador to the UN, the crisis was real. He called for a dialogue:

"The reasons for the crisis derive from the elections back in July 2006. Back than, the party which won the majority of the Albanian vote was excluded from power. I see the solution to this situation in including DUI in power. There is a serious political crisis.

According to professor Gordana Siljanovska from the faculty of law, the crisis was only ostensible:

"There is absolutely no crisis. There is a legitimate parliament and a legitimate government. The crisis is only in the statements of the opposition".

After a month of cajoling and conditioning by the international factor, the parties finally set over the table beginning of March.

DUI's demands comprised: specification of the pieces of legislation for which a double majority would be needed in parliament (meaning that they cannot pass without the majority of the Albanian vote); legislation on the extent of use of Albanian, bill that would equalize the status the National Liberation Army (NLA) fighters with the members of the Macedonian armed forces, in the sense that they and their families would be entitled to special social benefits; and a mechanism for forming a government on consociational principles - which would include double majority voting.

The government expressed willingness to discuss a list of laws to be passed with a double majority, but said the other demands were unacceptable. They said that DUI didn't manage to accomplish those demands in the four preceding years it spent in power.

"The status of the NLA members and the law on the use of Albanian language were their demands during the previous government, in which they partnered, and to my knowledge, they didn't leave parliament in spite of not realizing them.", said prime minister Gruevski.