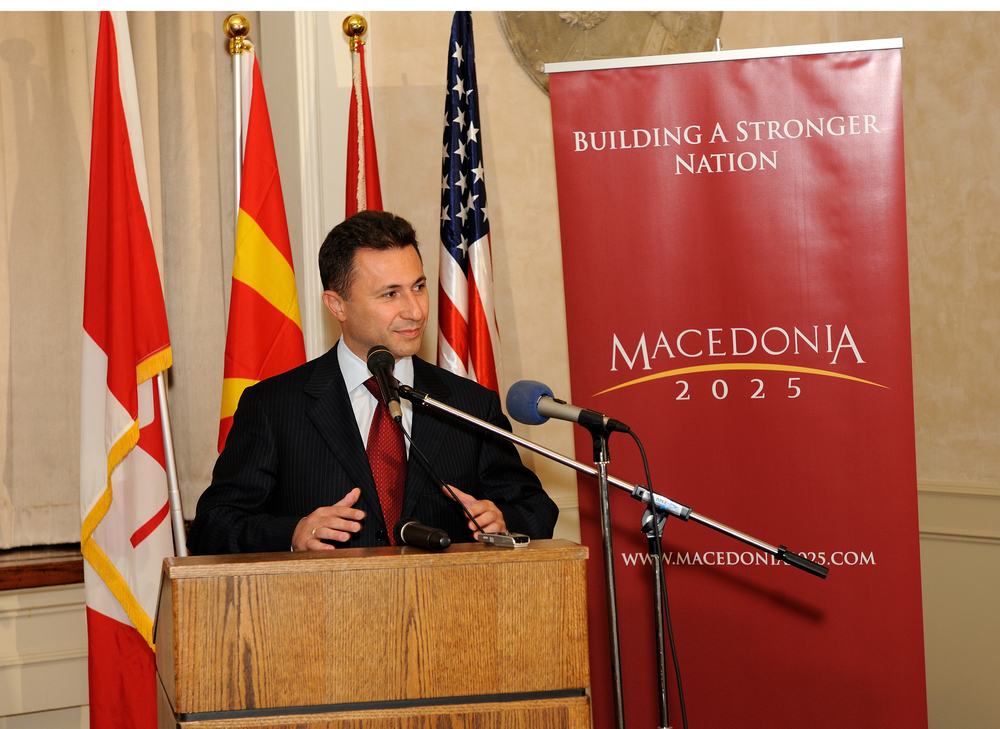 Former Prime Minister of the Republic of Macedonia, Nikola Gruevski, sentenced to two years in prison for the illicit purchase of a luxury limousine, fled to Hungary seeking political asylum. The scandal has had a massive impact on the Hungarian as well as Macedonian political scene

Following the mysterious escape from the country, several questions are bugging the mind of the common people and journalists – was the escape organised with the government's logistic and knowledge? Is this part of the government-opposition deal for VMRO-DPMNE’s MPs to vote for the constitutional changes in line with the Prespa agreement with Greece? Or maybe, like in a James Bond movie, did Gruevski manage to outsmart the Macedonian court, police, and government?

The escape's route, logistics, and whereabouts have been subject of heavy speculation and assumption. Until November 13th, when the former Prime Minister addressed the public via his official Facebook page , nobody knew where he was. In his post, Gruevski said that in the past few days he received “countless life threats” and therefore went to Budapest, where he “asked for political asylum from the Hungarian authorities”. Yet, now the mystery is slowly unfolding.

So far there is little verified information, mostly from police officials from Montenegro and Albania. According to the latest hints, Gruevski travelled by diplomatic car through Albania – Montenegro – Serbia before entering Hungary. All over the journey he was driven and accompanied by Hungarian diplomats from the embassies in the respective countries. The only mystery is how he left Macedonia and entered Hungary.

As highlighted by the Albanian and Montenegrin police, Gruevski legally crossed the Albanian-Montenegrin border with his ID at 7.11 pm on November 11th. As Macedonia has bilateral agreements with all Balkan non-EU countries for crossing the borders with ID, the confiscation of passport did not stop Gruevski from freely travelling around the Balkans. The Albanian police confirmed that he was transported in Hungarian diplomatic vehicles and accompanied by diplomats from the embassy in Tirana all the way to the Montenegrin border. This matches the official information from the Hungarian authorities that Gruevski, without mentioning the country, asked for political asylum at Hungary’s foreign diplomatic posts outside of the Republic of Macedonia. According to the Albanian police, that was the Tirana embassy.

After entering Montenegro, Gruevski was again met by Hungarian diplomats, this time from the embassy in Podgorica. On the same night, he was transported to Serbia, where their counterparts from the embassy in Belgrade waited for him. This is where the official information ends. So far there is no information on how he managed to cross the Macedonian–Albanian and Serbian–Hungarian border; especially the second one, for which he needs a valid passport. The speculations are that he entered Albania illegally somewhere around the town of Debar. As for the Hungarian border, the loudest speculation is that he was flown from Belgrade to Budapest with the luxury private jet used by the Hungarian governing and business elite.

Holes in the system

As of today, there is not a single official statement from the Macedonian government regarding the critical weekend during which the former Prime Minister managed to leave the country and end up in Hungary under Viktor Orban’s protection.

As Gruevski lost his final appeal on November 9th and was scheduled to start his jail sentence on November 12th, the escape was a highly possible scenario, though obviously not for the Macedonian institutions. Instead of giving clear-cut answers, Prime Minister Zoran Zaev and Minister of Interior Oliver Spasovski blamed the courts for Gruevski’s escape. However, analysts and security experts agree it is up to the police to watch over convicted people and protect the borders – especially considering that, as former Prime Minister, Gruevski had constant police security.

Furthermore, as the media and police looked for Gruevski in his apartments in Skopje, the VMRO-DPMNE party headquarter, and cars that were leaving the building, Zaev comically stated that the institutions could/would establish that Gruevski was fugitive only if he were out of the country. In another press conference, Zaev said that Gruevski should let them know whether he willingly left the country, alluding that maybe he had been kidnapped.

Meanwhile, Gruevski freely moved through the Balkans, with his ID, in Hungarian diplomatic vehicles. Only on November 13th, after Gruevski wrote on Facebook that he was in Hungary, did Macedonian institutions issue an Interpol warrant over him. Obviously, it was too late. Prime Minister Zoran Zaev announced an official investigation over possible negligence from the institutions.

Regardless of the investigation’s outcome, the speculation goes that the government was all too aware of Gruevski’s plan. Several arguments support such theories. Almost three months prior to the spectacular escape, Macedonian political magazine Fokus published an investigative story on Gruevski, saying that Zaev’s government was willing to allow Gruevski to flee to Hungary if VMRO-DPMNE MPs would support the agreement with Greece. This was written on August 24th. Following the escape, the author of the article said in a TV show that his informants were high officials from VMRO-DPMNE. Another factor is the fact that such a complex plan must be thoroughly prepared, and therefore it is almost impossible for it to be unnoticed by the security agencies, especially as Gruevski had 24/7 police protection. Also, over the last months Gruevski had emptied all of his bank accounts in Macedonia.

Hungary is a logical runaway destination, regardless of the latest speculations that Orban’s country is an intermediate stop on the way to Russia, Turkey, or Belarus. The business ties between the two countries (Hungarian low-cost airline Wizz Air received millions of Euros in subsides from the Gruevski’s government; Macedonian Telecom was bought by the Magyar Telekom, now a subsidiary of Deutsche Telekom; Hungarian capital recently entered several pro-VMRO-DPMNE media outlets) and friendly relations between Orban and Gruevski are key factors.

Also, the two high officials from the secret police involved in the wiretapping scandal, who escaped from Macedonia into Greece with fake Bulgarian passports, were supposed to travel to Hungary. On their way to Budapest, they were discovered in a Greek airport with fake passports. Now they are living in Greece, with almost no chance to be extradited back to Macedonia.

Gruevski, who was Prime Minister from 2006 to 2016, was the prime suspect in four other high-profile court cases related to the state capture project that escalated during the second half of his ruling. “No justice, no peace!” was the main motto behind the 2014 massive student protest and the 2015 colourful revolution – an event that ultimately resulted in Gruevski’s resignation.

The escape is part of the impunity continuum for top politicians, one of the major problems in Macedonian society. Several Prime Ministers were suspected or tried for misuse of state funds and wrongdoing, but they never ended up in prison. As some kind of unwritten rule, since the independence, the incumbent PM never tackles the wrongdoings of the predecessors, regardless of their political affiliation – which resulted in complete distrust in the institutions and the rule of law.

The government’s laidback attitude in the face of several signs hinting at Gruevski's possible escape most definitively facilitated his runaway plan. For this, as well as for failing to keep most of his election promises, Zaev will pay a high political price. It is obvious that his main political goal is to close the open issues with the neighbours – first with the good neighbourly agreement with Bulgaria and now with the Prespa agreement with Greece – but that does not pardon him for failing to deliver justice and restore the trust in the institutions and the rule of law.