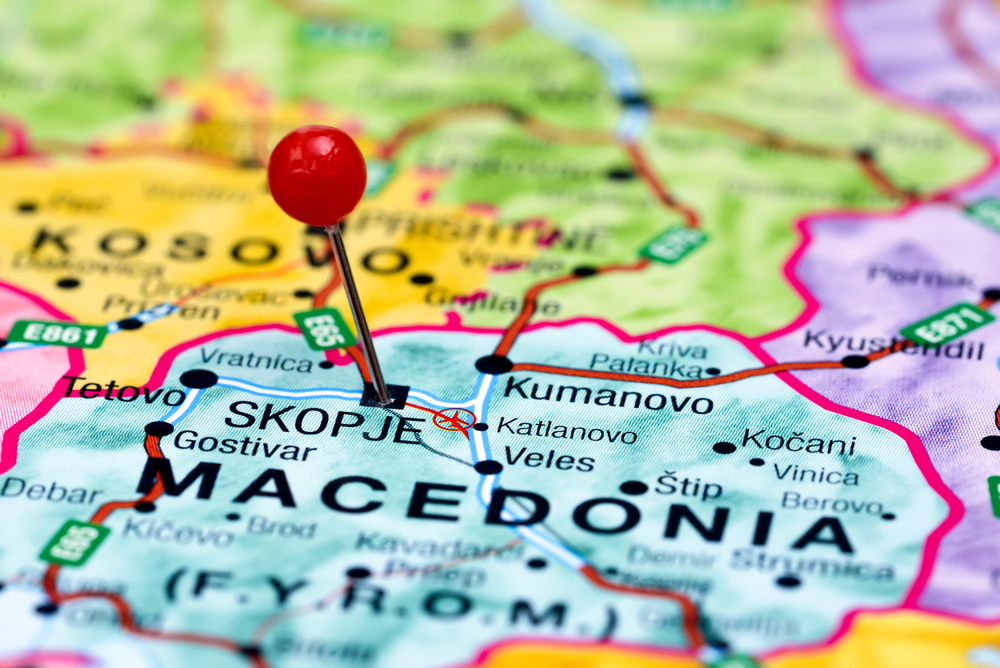 Last week, the Skopje parliament gave the green light to changing the country's constitutional name, to become North Macedonia after the expected ratification by Greece. An overview by our correspondent

On Friday, January 11th, with 81 votes in favour out of 120, the parliament of the Republic of Macedonia approved the change of the country’s name to Republic of North Macedonia, fulfilling its part of the obligations of the bilateral Prespa agreement with Greece. In addition, the Assembly ratified three more constitutional amendments, as requested by Greece.

However, before the new name begins to be used both internally and externally, there are two conditions that the Greek parliament needs to fulfil in turn: to ratify the Prespa agreement and to back Skopje's NATO membership.

Only then, as envisioned in the constitutional amendments, will the Republic of Macedonia inform the world countries, including the United Nations, about the change in its constitutional name.

Following the positive vote in the Macedonian parliament, NATO’s Secretary General Jens Stoltenberg tweeted that “NATO strongly supports the full implementation of the agreement, which is an important contribution to a stable and prosperous region”.

Federica Mogherini and Commissioner Johannes Hahn said that “the [Macedonian] political leaders and citizens alike have shown their determination to seize this unique and historic opportunity in solving one of the oldest disputes in the region, and decisively move forward on the European Union path”.

Also, the US State Department praised Macedonia’s vision, courage, and persistence, pointing out that the US “see this as a historic opportunity to advance stability, security, and prosperity throughout the region”.

UN mediator in the name negotiations Matthew Nimetz congratulated the Parliament and the country’s citizens for the accomplishment and for the democratic manner in which this important process was undertaken.

Regardless of the praise, the final vote was, as the whole process had been, tense and ridden with obstacles and political manoeuvres. This time, two small ethnic Albanian parties, Alliance for Albanians and Besa, took lead in the political drama. During the final deliberations, they pushed for several constitutional adjustments under the pretext of further reaffirming the multi-ethnic character of the country. Had their amendments not been accepted, they threatened not to vote in favour of the agreement.

After a series of meetings and discussions, Besa and Zaev found a middle ground – IDs for ethnic Albanians will feature a special graph for ethnicity, while in the passports there won't be any changes. According to Besa’s leaders, this amendment will reaffirm the multi-ethnic character of the country – an interesting position, as the next census will not cover ethnicity.

While Zaev was bargaining for the necessary votes, the opposition led by VMRO-DPMNE decided to boycott the parliamentary sessions. During the Friday vote all their MPs, except the eight “renegades” that voted in December 2018 in favour of opening the constitutional amendment procedure, protested in front of the Assembly with a group of several hundred people opposing the Prespa agreement.

Zaev, who came into power in 2017, put all of his energy in resolving the open issues with the neighbours – first with the good-neighbourly agreement with Bulgaria and then with the Prespa agreement with Greece – to fully reopen Macedonia’s Euro-Atlantic integration perspectives.
By focusing on the international issues while leaving aside domestic reforms, though, the SDSM-led government has neglected several key themes of its electoral campaign - rule of law, corruption, economy, air pollution, transparency, etc..

Namely, following the wiretap scandal which revealed a series of gross misconducts by the previous government led by VMRO-DPMNE and DUI (now part of the ruling coalition), rule of law was one of the key motives for people to vote for change. During the 2015/2016 student’s protests and colourful revolution, justice was one of the protesters' major demands. “There will be no peace, as long as there is no justice”, was the main motto.

However, in the first year and a half of Zaev’s ruling, none of this election promises was seriously tackled. In fact, a long line of pacts with the devil included political manoeuvres like Nikola Gruevski’s.

Speaking of which, one of the biggest blows was the escape to Hungary of former prime minister Nikola Gruevski, sentenced to two years in prison for the illicit purchase of a luxury limousine. To date, over two months since Gruevski's “mysterious” escape, there is no clear explanation about what happened, nor was any political responsibility taken by top political figures. This has fostered speculations that Gruevski was allowed to flee as part of a government-opposition deal for VMRO-DPMNE’s MPs to vote for the constitutional changes in line with the Prespa agreement.

Once the deal got into parliament, Zaev openly offered amnesty for the storming of the Assembly of April 27th, 2017. This move secured him eight votes from the VMRO-DPMNE coalition. Three out of these – Krsto tMukoski, Ljuben Arnaudov, and Sasho Vasilevski – were facing terrorism charges for storming the Assembly and were released from home custody right after Zaev’s speech on reconciliation and forgiveness.

The long line of unethical concessions has now been joined by the latest demands by Alliance for Albanians and Besa. Wrapped up and sold as an additional reaffirmation of the multi-ethnic character of the country, they were in fact little more than plain ethno-nationalistic caprice.

Undoubtedly, resolving open issues is always difficult, especially emotionally charged ones like the name dispute with Greece. It is apparent that Zaev paid a heavy price to obtain the qualified majority necessary for the ratification of the Prespa agreement, but only time – not even the next elections – will tell us whether it was worth it, whether Zaev and Macedonia’s Foreign minister Nikola Dimitrov were visionary or short-sighted politicians. Nevertheless, the chance for the two nations to start strategic cooperation is ahead. For that to happen, though, things need to change in the hearts and minds of people.

Now, if Greece ratifies the agreement, Macedonian citizens will have to get used to the new name of North Macedonia. At least in the beginning, it will take a lot of energy to explain to the rest of the world that they still feel fully Macedonian in the national and ethnic sense.