(North) Macedonia, the price of a name 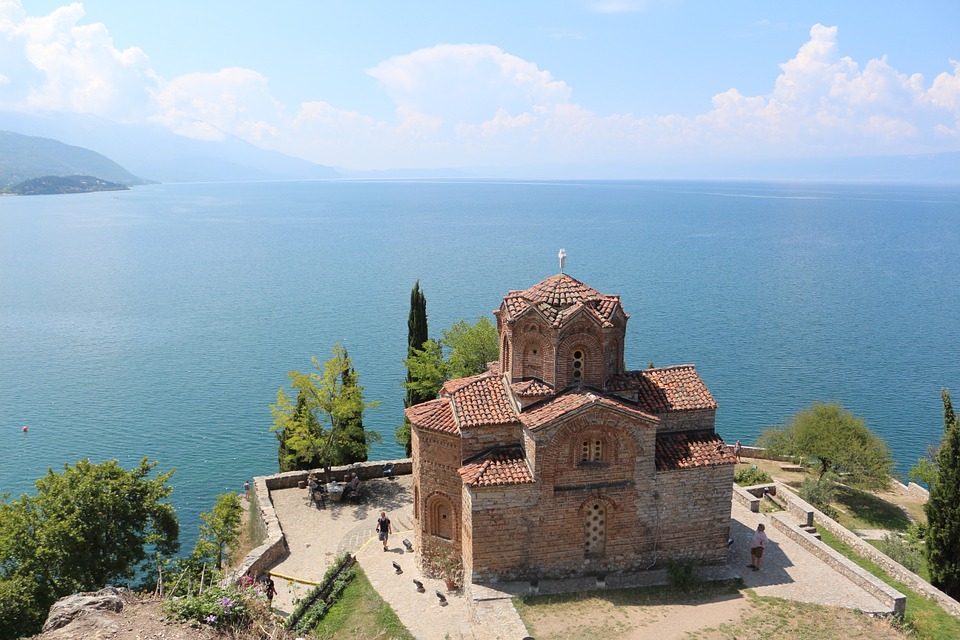 With the support of some opposition MPs, the Skopje government has started the process of changing the country's constitution and name. The controversial process is unlikely to end before January 2019

After five days of debates, negotiations, and bargaining, the pro-agreement parties, backed by international diplomacy, managed to secure the necessary qualified majority of two-thirds, 80 out of 120 MPs. This was easier said than done, as all pro-agreement parties together relied on 72 votes, and the other eight could only be obtained from the VMRO-DPMNE opposition.

How they managed to secure those eight votes is a complicated “House of Cards” story. For some, led by the motto “the end justifies the means”, it was a reasonable price to be paid in order to unblock Macedonia's Euro-Atlantic integration. For others, though, it highlighted the core problem of Macedonian society: the disregard for democratic principles and the rule of law. However, the process has now started.

Yet, the deal is not sealed, as the amendments still need to be debated and voted in the Assembly. Best case scenario, the whole procedure could end in the middle of January 2019. Only then the new official name will be Republic of North Macedonia – not, like many international media wrote, after last Friday's vote.

How was it done?

Following September 30th's unsuccessful consultative “name referendum” – when the turnout was 36.89%, way below the designated threshold of 50% plus one - there were two options on the table for Prime Minister Zoran Zaev and his ruling coalition. To secure eight VMRO-DPMNE votes to continue the process – something which seemed highly unlikely at that time – or to call for snap elections, hoping that all pro-agreement parties would get a 2/3 majority. This, however, seemed almost impossible, since in such a scenario required VMRO-DPMNE to win less than 40 MPs, compared to the current 51. Without a significant chance of winning 2/3 majority, early elections would have probably just been a waste of time, risking to further deepen the political crisis.

Even though he initially refused such an option, VMRO-DPMNE leader Hristijan Mickoski, encouraged by the unsuccessful referendum, started pushing for early elections, stating that the Prespa agreement is politically dead. In such an atmosphere the Assembly session started on Monday, October 15th. During the parliamentary debate, the SDSM-led coalition, with the help of the international community, was supposed to convince the opposition MPs to support the Prespa agreement. And the first push in that direction came the very next day.

US Assistant Secretary of State Wess Mitchell sent a letter to Mickoski, stating the United States' disappointment with VMRO-DPMNE's current position. “We urge you to create space, publicly and privately, for members of parliament from your coalition to decide how they will vote on constitutional changes, free from threats of violence, retribution, or other forms of coercion”, read the open letter, adding that despite claims that there could be a “better deal” with Greece, the US “do not believe that to be the case”.

Another critical push towards securing the 2/3 majority was Zaev’s speech at the start of the Assembly’s plenary session. Zaev mentioned that now was the moment for reconciliation regarding last year’s storming of the parliament. “I send a message of forgiveness and reconciliation regarding April 27th and the events that happened”, Zaev said. Although he did not use the word “amnesty”, everybody read exactly that between the lines, especially as VMRO-DPMNE MPs are among the suspects on trial on terrorism charges.

On Friday, October 19th, the plenary session lasted the whole day. The actual vote was expected to happen after Monday, October 22nd, following the visit of Matthew Palmer, US Deputy Assistant Secretary of State, despite speculations that the majority had been secured and the vote would happen later that day. At 10 pm, instead, MPs were called to vote on the government’s proposal to amend the constitution. Exactly 80 MPs voted yes, including eight from the VMRO-DPMNE coalition.

During the electronic vote, the opposition MPs moved to the end of the Assembly, leaving only those eight to be seated in the designated space for the opposition. After this, following the request from the VMRO-DPMNE coordinator, another public vote followed. Again, the same eight MPs voted yes. Explaining their reasons, they issued a joint statement conditioning their further support with four demands. Three conditions focus on further guarantees for the Macedonian identity, and the fourth should guarantee that, if Greece continues blocking the country’s EU and NATO accession, the name deal will become null.

With Friday's vote, the first part of the final stage of the procedure is completed. According to the Assembly’s rules of procedure, the initiator – in this case the government – should now submit the draft text of the constitutional amendments along with an explanation to the President of the Assembly, who shall distribute it to the members of the assembly and the President of the Republic.

The assembly shall vote on each amendment proposal separately by a majority of 61 out of 120 MPs. Then, the final voting will follow, and 80 out of 120 MPs should adopt the amendments to the constitution. According to the most optimistic projections, this could happen by the middle of January 2019 if everyting runs smoothly. This will be the final stage of the Macedonian side of the Prespa agreement.

Following Friday's vote, VMRO-DPMNE expelled the MPs that voted yes. One of them, Nola Ismajloska-Starova, said in a statement for the local media that she does not regret voting yes, adding that she wanted to use the positive momentum and advance the country's perspectives. “My action was solely motivated by the idea to advance the prosperity of Macedonia”, Ismajloska-Starova said.

The vote was followed by online threats, bulling, and inflammatory language against those MPs that voted for the constitutional amendments. Following this, as media informed, 24/7 security was assigned not only to the families of VMRO-DPMNE MPs that voted yes, but also to some from the ruling coalition.

Yet, the main dilemma following Friday’s vote is: did the end justify the means? Zoran Zaev and the government insisted that no bargains were being made behind the curtains, and that his speech for reconciliation and forgiveness was wrongfully interpreted as an offer of amnesty for those VMRO-DPMNE MPs that are under trial.

Fact is, three out of those eight – Krsto Mukoski, Ljuben Arnaudov, and Sasho Vasilevski – are facing terrorism charges for storming the Assembly and were released from home custody right after Zaev’s speech on reconciliation and forgiveness. Former Minister of Culture Elizabeta Kancheska-Milevska is also under investigation from the Special prosecution for alleged wrongdoings during her tenure. Vladanka Avirovikj’s son, opposition MP from the Socialist Party, has been sentenced to three years in prison. Only Emilija Aleksandrova and Nola Ismajloska-Starova are under no possible legal sanctions.

It is more than obvious that bargains went on behind closed doors for days, until the 2/3 majority was secured. Some media even speculated that money was offered. Some would say that this is a small price to pay for a bright future, others will add that this is just another precedent. Regardless of speculations, the next developments will give a clear answer. Were Euro-Atlantic perspectives secured with bargains or did VMRO-DPMNE MPs truly change their mind regarding (North) Macedonia's best interest?