Macedonia, the sun sets on Skopje 2014 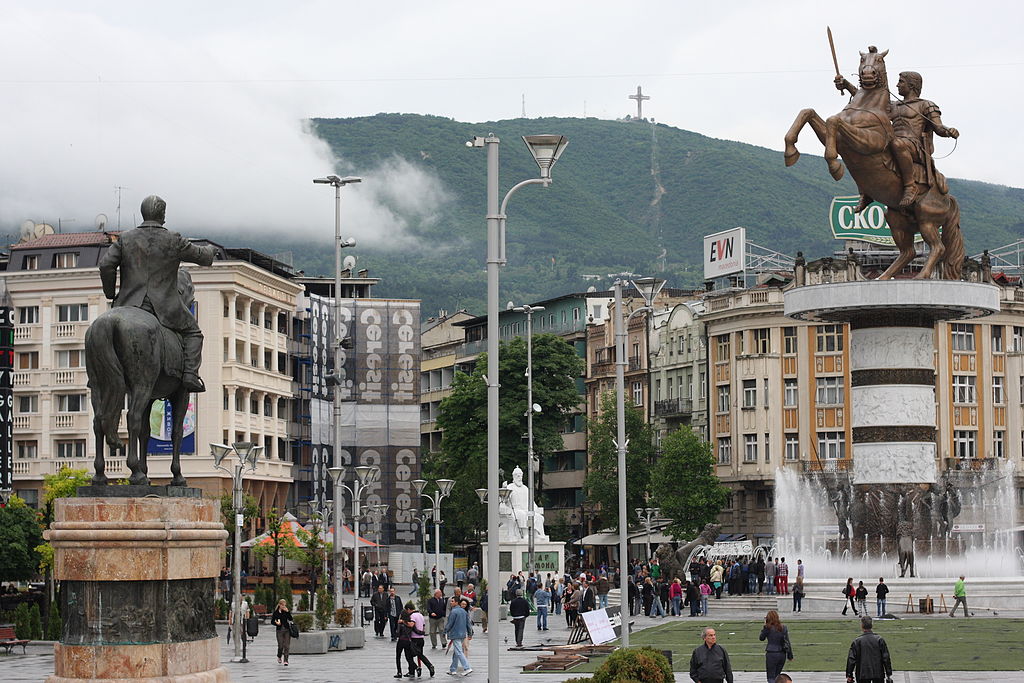 Skopje 2014 was the trademark project of former PM Gruevski, aimed at transforming the capital and celebrating nationalism. With the change of government, the art of colourful protest has risen to power and tries to de-aestheticise the old regime

"Art has marked the beginning and the end of the political crisis in Macedonia". When he thinks of his country's recent history, Filip Jovanovski likes to sum up this way the period that led to the end of the era of former Prime Minister Nikola Gruevski. A visual artist, civic activist, and director of the AKTO festival in the city of Bitola, Jovanovski cites two events that opened and closed the most heated phase of Macedonian political instability.

"Eight years ago, the cycle of violence began with the demonstration of the students of the faculty of architecture, who protested against the construction of a church in the centre of Skopje", recalls the young graduate at the capital's university. It was the spring of 2009, and the Gruevski government (in office since 2006) had announced the project of building an Orthodox church on the central "Macedonia square", where today stands the huge statue of Alexander the Great.

The student march, criticising the new buildings wanted by the government, was attacked and dispersed by some counter-protesters, who then remained in the square waving religious symbols. A few days later, over a thousand citizens of the capital took to the streets again, this time to defend the students and claim the right to manifest their views. Architectural and urban criticism, hand in hand with the defense of freedom of thought – a tandem that would accompany Macedonia's protests in the years to come.

The second, better-known event cited by Jovanovski is the Šarena Revolucija, the "Colourful Revolution", that invaded the streets of the capital in April 2016. On this occasion, citizens fought against the decision of head of state Gjorge Ivanov (of the same party as Nikola Gruevski) to grant amnesty to some fifty politicians under investigation. In protest, the demonstrators targeted Skopje's buildings with paint sprayers.

Architecture, once again turned political, entered public debate – and rightly so, as under Gruevski Skopje's urban planning went through radical transformation. Its palaces, built during the years of socialist Yugoslavia and after the terrible earthquake of 1963, were covered with white plasterboard façades, replicas of a neoclassical style that was supposed to recall the time of Alexander the Great – the hero of antiquity that the Macedonian conservative leader intended to make the first Macedonian patriot.

"The colourful revolution de-aestheticised the regime, which had previously appropriated aesthetics through the urban renewal of the capital", explains Jovanovski. With every shot of paint, the "Skopje 2014" project, costing over 560 million Euros, was ridiculed and vilified. In a few days, "the European capital of kitsch", as it was termed by The Guardian because of those very monuments wanted by Gruevski, became a multi-colour, open-air atelier, where the opposition was able to express dissent without violence.

Since spring 2016, many months of political and diplomatic talks passed, until President Ivanov (who, in the meantime, had withdrawn his amnesty to politicians) agreed to appoint as new prime minister the Social Democratic leader Zoran Zaev, who was thus able to form a new coalition government.

The last stroke of the regime was the night-time raid into the Skopje parliament at the end of April 2017, which resulted in several people injured, but not in the activation of the state of emergency – a sign that turnover was by then inevitable. Gruevski, who was being investigated by the Special Prosecutor along with many of his associates, had his passport withdrawn and is now facing up to 27 years in prison for corruption, abuse of power, and other charges.

Power to the arts

But what about art, the spark of revolution and dissent against the Macedonian government? Filip Jovanovski, who has remained an activist, admits that the political transition is now a challenge. "Some activists and artists have joined the institutions and Minister of Culture Robert Alagjozovski himself has been an activist for the last ten years", says Jovanovski, who believes it will now take "subversive gestures in the public space against the old regime", but also "more funds and a structural change in the financing of culture". 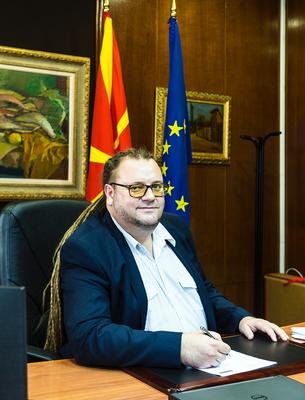 In short, art – that had been fuelling protests and barricades against Nikola Gruevski for years – has come to power and now has to deal with the workings of institutions. The greatest responsibility is obviously in the hands of Robert Alagjozovski, the new Minister of Culture, who graduated in comparative literature, but was employed in the field of cultural management for almost ten years.

His first, symbolic decision was not to repaint the premises of his ministry, still marked by the days of the Colourful Revolution. "The previous government had left the façade in this state in the hope of being able to sue individual protesters. For us, it is a precious asset – it will always remind us of a historic moment for Macedonia", said the minister, known in the country for his long dreadlocks.

The rest of the buildings and monuments involved in the Skopje 2014 project, however, pose a wider problem. "It is difficult to think of a comprehensive solution", says Alagjozovski. "95% of the planned projects have been completed and 80% of them have already been paid for". In short, rather than getting rid of capital kitsch, the new leaders will have to "learn how to handle it". "We will work step by step", the minister continues, "we need to understand whether there are flammable façades that need to be removed quickly, projects that may involve money laundering, copyright violations, and so on".

Therefore, "alterations, removals, and displacements" of the nearly 140 objects involved in the project are not to be ruled out. "Maybe there are other cities in Macedonia that need statues or fountains", muses Alagjozovski. The government will take one semester to complete this analysis, then the Minister of Culture is planning an international call for proposals on what to do of Skopje 2014.

The general goal will obviously be the opposite of the intent that animated the urban planning project born in 2007 – no longer about celebrating Macedonian nationalism, often creating clashes with neighbouring countries, but about relieving it of its aggressive rhetoric.

In this perspective, Alagjozovski also reached out to neighbouring Greece on the 25-year long name dispute. "I believe that culture can play a central role in rebuilding ties and fostering cooperation with neighbours", says the minister, announcing "a common cultural project with Greece to establish diplomatic relations on a new basis".

After conducting a political battle, art is now preparing to take on Macedonian diplomacy as well.