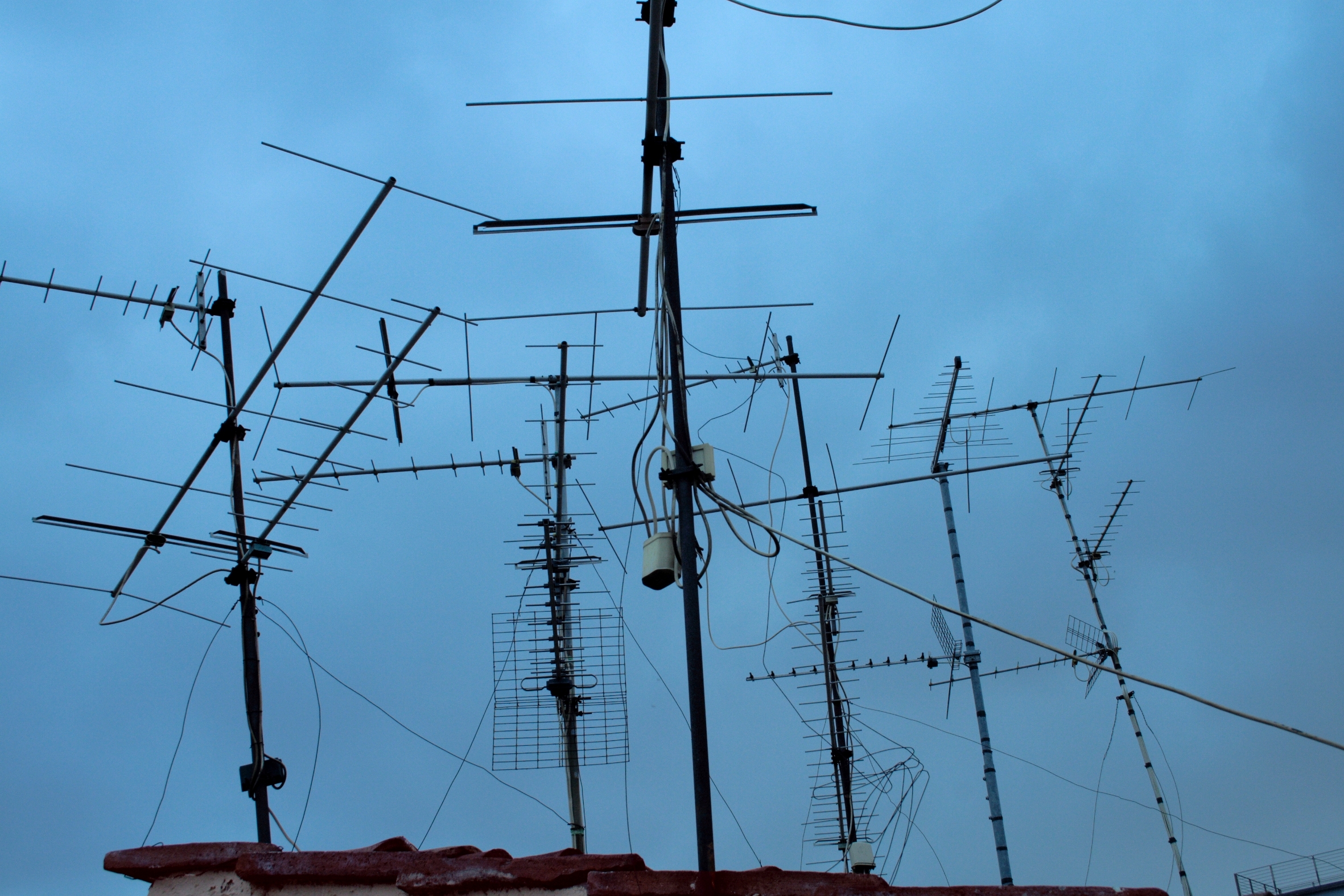 In order to confront the so-called “colour revolution” ongoing in Macedonia, pro-government media go back to the old technique of spreading fear, paranoia and conspiracy theories amongst the citizens. The same narrative employed today was also in use during last year’s students protests.

The current political crisis started at the end of 2014 with massive students protests in the capital Skopje, and culminated with the revelation of the eavesdrop scandal in February 2015. Four months later, under the international mediation of the EU and the US, the so-called Przino agreement was signed.

Media reforms were on the top of the list of urgent reforms included in the Przino Agreement, but were never implemented. After weeks of negotiation, political games and trickeries, while most of the reforms were implemented or their implementation was undergoing, that on the reform of the media and the media law made no significant progress. During the negotiators, ruling officials changed their arguments often, from “we are ready to implement any of the EU countries media laws” to “the issue should be discussed in parliament.”

Lack of reforms in the media domain, as well as the pending issue of electoral lists, which according to the opposition contain too many inconsistencies which haven't been cleaned up, were cited by opposition parties as reason to boycott the coming early elections - scheduled on the 5th of June, but eventually postponed after a Constitutional Court ruling – and meant to bring the country out of the current political deadlock.

How to control the media?

According to an analysis conducted by the Agency for Audio and Audiovisual Media Services (AVMU ) in 2014, TV is still the most influential media among the public in Macedonia. According to the survey, 82.70 percent of the examinee said that they use TV everyday as their primary source of information. Knowing this, political elites use multiple tactics to influence the public, primarily through the control of TV stations.

Most of the owners of national TV stations also have political parties or strong business ties with established political organizations. For them, TV outlets are just one of the many businesses, and are often used as bargaining chip in obtaining privileges in negotiations with government officials. Often the authorities tolerate wrongdoings by TV owners as long as their stations report favourably on the government, but if they take a pro-opposition stance, all evidences are used against them.

The case of TV A1 makes a perfect example: its controversial owner and media mogul, Velija Ramkovski, was also “an influential businessman and an unconditional supporter and partner of Prime Minister Nikola Gruevski’s government from 2006 to 2008”. After he distanced himself from Gruevski in 2009, though, Ramkovski, alongside several of his associates, was sentenced to 13 years in jail for tax evasion, criminal association, money laundering and misuse of office.

Together with the TV, three daily newspapers owned by Ramkovski (although it was prohibited by law for the same owner to have both a TV station and newspapers) were also closed because of unpaid taxes. Once the most watched TV broadcaster in Macedonia, with approximately 230 employees, TV A1 was officially closed on 31 July 2011 cause of an accumulated debt of around 30 million Euros, of which 9.5 million was due to the tax office.

Another tool for exercising media control are public advertisements, which are often used to distort the small Macedonian market. State advertising, mainly in the broadcast media, became an issue when the current ruling coalition (DPMNE - DUI) came to power. In the last years, the State has been among the top five advertisers in the broadcast sector, pouring money and buying media comfort.

The last two analyses of the broadcasting market done by AVMU show that in 2012 the Government was the number one advertiser in the country, even bigger than the Telecommunication Companies or Coca Cola. In 2013 , the Government was second on the list of the most significant advertisers. For the first time this was publicly recognized as an obstacle to independent editorial policy by the 2009 European Commi ssion Progress Report.

The media scene in Macedonia is strictly divided in three groups: the biggest and most powerful in number and influence are the pro-government outlets, then follows the significantly smaller number of media that favour the opposition, and in the end come those neutral or professional media that abide by the journalist’s ethical codex.

TV stations are the main and most vocal pro-government media outlets. The leader, public broadcaster MTV, is followed by the commercial national broadcasters Sitel, Kanal 5 and Alfa, the propaganda fist of the ruling elite. Also the three most powerful daily newspapers Dnevnik, Vest and Vecer, are vocal supporters of the government. On the other side, the number of pro-opposition or neutral media is considerably smaller. Among TV stations one can mention Telma and 24 Vesti, then come the daily Nova Makedonija and Sloboden pecat. Also foreign media that hold a Macedonian language section can be put in this section like VOA, Radio Free Europe, DW, BIRN’s project Prizma and etc.

The only sphere where pro-opposition media have equal power as the pro-government ones is among on-line media. But, as the AVMU researches have shown, only young people use them as a primary source of information, while the biggest chunk of the voting population still uses TV as its primary source.

The recent trend of Macedonian media can be better evaluated through the analysis of two cases: media reports on the “colour revolution”, and the reports on the mysterious death of one of the Special Prosecution witnesses.

The same narrative that was used by pro-government media for portraying the students protests in late 2014 – early 2015 is used today for the so-called “colour revolution”. Instead of solid facts, ad hominem attacks are used. The protesters are described as traitors and foreign mercenaries, or in one word "Sorosoids" – a derogatory term derived from the last name of the American billionaire and founder and chairman of the Open Society Foundation, George Soros. Quite often in the reporting one can find hate speech targeting NGO activists and journalists that are not supporting the current elite.

Protesters are depicted as hooligans destroying Macedonian history by throwing paint at the monuments of the project “Skopje 2014”, created and founded by the Government. The dichotomy is quite obvious - protesters are destroying, while the government is building. Quite often, the number of anti-government protesters is downplayed, while the pro-government one is exaggerated. The prevailing argument is the one regarding issues with neighbouring countries, namely identity issues and unity of the state. “The opposition and the NGOs working for Soros are planning to change the name of the country and to federalize it,” is an omnipresent accusation.

The second example focuses on how media reported after a Special Prosecution witness was found dead in his apartment. The official police stance say it was a suicide. But speculations in the media, especially pro-opposition ones, raged about whether he was the victim of a mafia-style murder or that that he killed himself as he could not bear the “physiological abuses” by the prosecutors.

Media reform is considered by the European Commission and by the opposition parties as a prerequisite for free and fair elections to take place in Macedonia. Among the insights available in the Media Freedom Resource Centre, Zaneta Trajkoska analyzes in this video the negative impact that the current media landscape would have had on the elections, while soft-censorship and its impact on press freedom in Macedonia in examined in this report by SEEMO.

The Russian economist Sergei Guriev, and the professor of Political Science at the University of California Daniel Treisman, in a recent paper analysed the “new authoritarian ” tendencies in the world and the role of mass media. They claim that the new forms of authoritarianism are currently based on manipulating information rather than on mass violence.

Macedonia seems to fit very well into this model: the country is characterized by a low newspaper circulation, politically oriented press, commentary-oriented journalism, weak professionalism on the side of the journalists, strong state intervention, press subsidies, and periods of censorship.

A few examples that could best describe this worrying situation are the cases of Hristina Atovska, a freelance journalist for TV Sitel, which was allegedly fired after she was critical of the former Minister of Interior, Gordana Jankulovska, in a piece published on her website Pozitiv.mk; the physical assault on Sashe Ivanovski, a citizen journalist, who was first assaulted by Aleksandar Spasovski, a reporter for TV Sitel, and then by the Deputy Prime Minister for Economic Affairs, Vladimir Peshevski. The incident can be seen on the vid eo. Last, the case of Muhamed Zekiri, editor-in-chief at the national broadcaster TV Shenja, an Albanian language outlet based in Skopje, who posted on his Facebook wall news about him and his family being intimidated by the ruling Democratic Union for Integration (DUI).