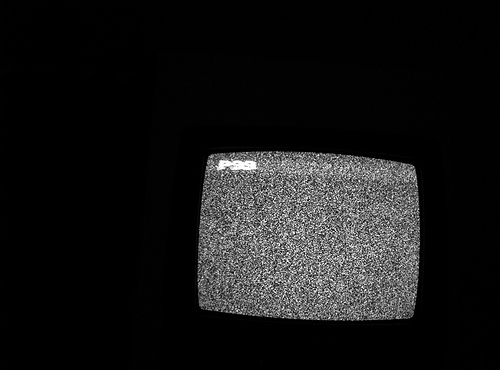 In Early June, the EU Commission had to remind the Macedonian government that freedom of expression and of the media are fundamental rights and the basis of democratic societies. The reaction followed that of the European Federation of Journalists, which condemned the “scandalous neglect” of the safety of journalists in the country

Something odd is going on with democracy in Macedonia. In Early June, the European Commission had to remind the Macedonian government that freedom of expression and of the media are fundamental rights and the basis of democratic societies.

The reaction followed that of the European Federation of Journalists (EFJ) which condemned the “scandalous neglect” of the safety of journalists in the country. EFJ’s reaction came after law enforcement institutions in Macedonia failed to react in response to public threats against selected journalists made by pro-government TV host, Milenko Nedelkovski, in mid May.

Nedelkovski, a colorful character on the media scene, accused some journalists of being traitors and implied they should be liquidated. Under different circumstances, perhaps not much attention would have been paid to what Nedelkovski said. He also said there are pyramids buried under some of the hills in Macedonia, unraveled conspiracy theories, and a lot more.

However, there is something which gives his words considerable weight. His “Milenko Nedelkovski Show” is the Prime Minister Nikola Gruevski’s favorite program. Widely known for his avoidance of live debates with political opponents or discussions with unfriendly journalists, Gruevski has been a frequent guest on Nedelkovski’s show in recent times. Nedelkovski is widely perceived as a “spokesperson” for Mr. Gruevski’s government. One of several in the country’s pro-government media, all having in common a particular coarseness and inconsiderateness in their public expression.

Nedelkovski’s outburst, however, was not an isolated incident. It appears it is only a high point in what has somehow become a systematic attitude towards the media that do not support the government. Mr. Gruevski’s administration has been increasingly antagonistic to media which criticize its work. Benefits of power also imply the obligation to certain discomfort, such as being subject to public criticism and comments which can also be unpleasant.

It is a democratic tradition that such criticism is taken (and responded to) with dignity and political courtesy. Not with threats. Alas, this is something that the current government in Macedonia appears not to agree with.

Mid June 2010 ruling VMRO DMPNE celebrated its 20th anniversary. During its speech at the final rally, its leader Gruevski did not miss the chance to publicly accuse several major media of being “megaphones” for the opposition. Recently, VMRO has also reacted with an official release against the news policy of major TV channel A1, calling upon citizens “to take with reservation the information served by A1”.

These latest events are merely an expansion of the front which the government has opened against non-approving media. Major daily Dnevnik was one of the first to feel the pressure of such confrontation in the past.

There is naturally no doubt that some media are completely partisan. Media owners are deep into politics. Many journalists are, too. The trade of informing the public in Macedonia is stuck in a tangle of interlocked business and political interests. In such situation, it is difficult to object to government comments of media reporting bias.

The problem, however, is the intensity of such confrontation. It has become crude and it threatens to get out of control. Government and ruling VMRO officials have imposed a simplistic nationalist rhetoric of polarization whereby everyone who disagrees, on the name issue for example, is a national “traitor”. This limits freedom of discussion. The message is – if you are not with us, you are against us.

“The government is using the media for nationalistic mobilization of the nation. Hence, each medium which takes a critical stance is labeled as a traitor”, says for OBC Roberto Belicanec from the Media Development Center, an NGO from Skopje.

“Another aspect is the unilateral communication. Government officials almost always avoid direct debates and use entertainment and even occult talk shows to promote their positions. This results in violent public discourse and suspension of any political debate”, adds Belicanec.

“The government only recognizes the media which are “friendly”, either because of the personal views of the journalist or of the overall institution”, says to OBC Dejan Georgievski, editor of web portal One World Southeast Europe and media expert. According to him, the Macedonian government shows an almost pathological lack of capacity for listening to any criticism.

“Under the alleged protection of national interests, many of us are forbidden to speak. We cannot protest, we cannot write anything without being labeled”, senior journalist and commentator Zvezdan Georgievski has been quoted saying recently.

The government has changed the rules of the game also by putting itself in the position to significantly influence the financial interests of different media. Under Prime Minister Gruevski, the government has become the single largest advertiser in the media. There are countless media campaigns on issues ranging from fight against alcoholism to learning about your fatherland, financed by the government on a daily basis. The friendly media get a large slice of this advertising cake; the unfriendly ones do not. In this situation, media are naturally “tempted” to become friends with the government.

“The government is a major advertiser and the media make a living with the ads, so they have to pay attention to what they are saying if they want some of the advertising money”, says Dejan Georgievski from One World Southeast Europe. This type of self-censorship is a threat to freedom of expression, he adds.

Partisan polarization has always been severe in Macedonia’s recent democratic experience. Media, which have essentially have experimented freedom only in the last 15 years (the independent Dnevnik appeared in newsstands in 1995), have almost instantly become part of the game, some of them by directly taking sides. The game has never been particularly fair, in a country still learning democratic culture, but in this period in time it seems to be getting out of hand. Caution is needed.