Macedonia, the dark side of football 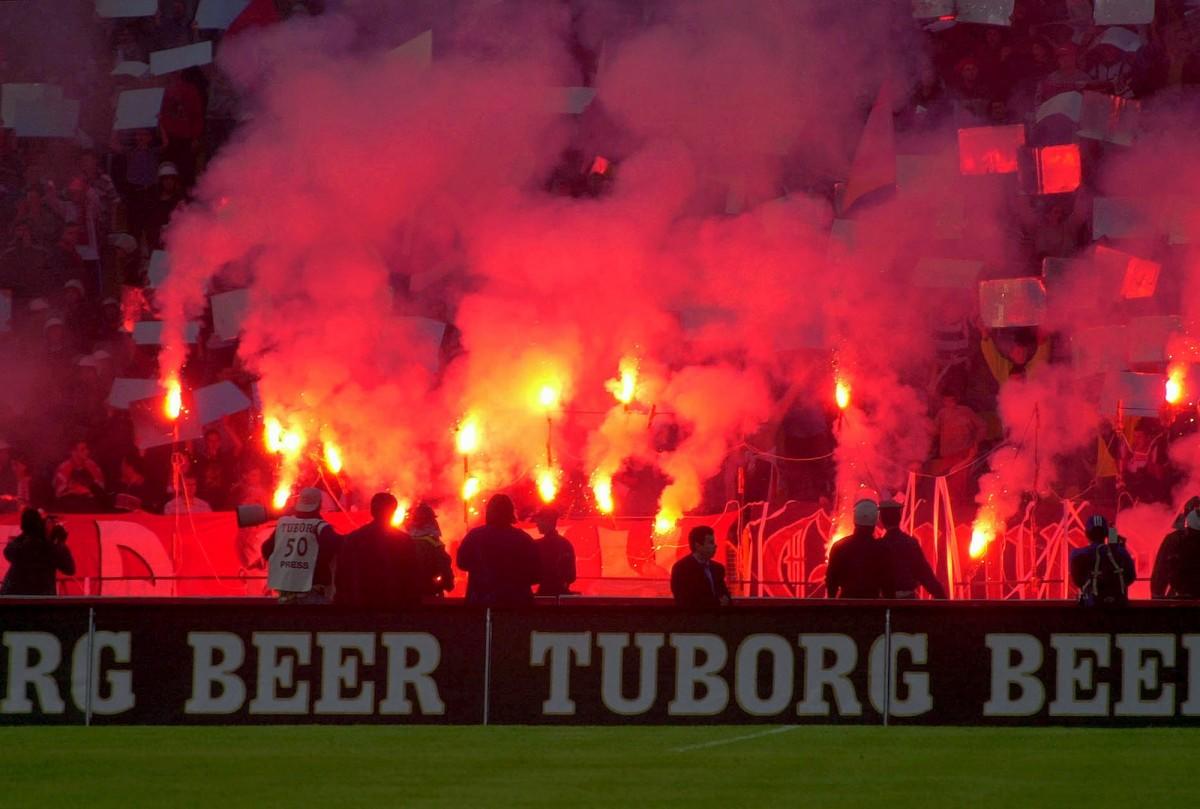 The murder of a young soccer fan in Skopje highlighted several football-related issues that Macedonian society has neglected for a long time: from the presence of intolerant ideologies among supporters' groups to their ties – often opaque – with politics

While the football world focused on the final stage of the World Cup in Russia, Macedonia's sports scene was hit by a tragic event. A supporter of the Vardar Football Club, 21, died in hospital after been severely beaten in broad daylight by three supporters of rival club Shkupi, all aged between 19 and 20.

The incident, besides having an ethnic connotation – the victim is an ethnic Macedonian, while perpetrators are ethnic Albanians – actualised several football-related issues that Macedonian society has neglected for a long time. Namely, ethnically motivated racism and hate speech before, during, and after sports events, hooliganism, and the close connection between political parties and football supporters’ groups, with political protection and manipulation of football ultras for political goals.

Close ties between political parties – predominantly conservative ones – and supporters’ groups is considered as the most ominous problem and one of the reasons why hooliganism has not yet been addressed by institutions in a decisive and systematic manner.

On June 29th, around 5.30 pm, Nikola Sazdovski, 21, nicknamed “Sazdo”, was assaulted whilst waiting with his girlfriend at a bus stop in Avtokomanda, a district of Skopje. The victim was approached by three guys in a Mercedes. According to one version, the guys asked him if he was “Sazdo”, and once he confirmed, they all came out of the car and started beating him. According to another version, when the aggressors noticed “Sazdo”, they just jumped out of the car and started hitting him.

After the incident, Sazdovski was taken into hospital and in less than a day the police detained two out of the three suspects, both from Skopje, whilst still looking for the third. The day after, the incident was reported by the police as physical assault, but the serious conditions of the victim were not mentioned. Such negligence, together with unprofessional reporting by some obscure pro-government news websites, led to speculations that such incident never happened, that the boy was not in life-threatening conditions, and fuelled conspiracy theories regarding the motives and the identity of the perpetrators. During the 10 days that Sazdovski spent in hospital, major news outlets failed to provide quality coverage of the incident, which was broadly reported only after the boy died in hospital.

So far, the motive is not fully clear, as suspects have remained silent. The information available in the media is unofficial or outright speculation. Some media outlets pointed out that it was a typical case of football-related violence, while others further characterised it as hate crime, and so does the Helsinki Committee for Human Rights of Macedonia. According to several media outlets, the incident had been preceded by threats and hate speech between Sazdovski and the suspects via Facebook for days.

Like in other countries with a strong football culture, supporters’ groups in Macedonia are an integral part of the sport's scene. There are clear distinctions between different types of fan groups: official supporters’ groups, ultras, and hooligan firms. Official supporters’ groups act as a go-between the club officials and supporters while protecting the interests of all fans. Ultras are the most vocal and committed supporters and function independently from the club – though, as the supporters that create atmosphere during matches, they are often supported by the club. Finally, hooligan firms are part of a secretive sub-culture and are largely restricted due to the illegal nature of their activity.

Unfortunately, in Macedonia and the rest of South-East Europe, there is not a clear division between official supporters’ groups, ultras, and hooligan firms. Their distinctive features overlap, ultimately becoming one broad mishmash of sport fanaticism, conservative ideology, nationalism, and hooliganism. The blurred lines are widely documented and can be easily noticed all around the Balkans, where one can see ultras acting like hooligan firms and some members, especially ultras leaders, collaborating with organised crime and paramilitary groups.

Political connections and conservative/xenophobic/ultra-radical belief systems are endemic among ultras in the Balkans. The vast majority of ultras in Macedonia, and the Balkans overall, support conservative and nationalistic ideologies.

It only takes a look at banners and songs during matches to see it. For example, the ultras of Tetovo-based football club Shkëndija are named Ballistët, after the World War II Nazi-allied military movement Balli Kombëtar. On the other hand, Johan Tarchulovski – a former leader of the FC Vardar ultras, called “Komiti”, who was also jailed for war crimes by the Hague – is currently an MP of main opposition party VMRO-DPMNE. And there are several cases of MPs or government advisers that were at some point members or closely connected with ultras groups – like Artan Grubi, formerly political adviser in a foreign embassy in Skopje, now MP and high-ranking official in ruling DUI. According to some media outlets, he was involved in the 2011 massive fights at the Skopje fortress between the FC Vardar and FC Shkupi ultras, namely Komiti and Shvercerat.

The latest example in the long line of misuse of ultras as foot soldiers for political aims is the latest OCCRP article on Russian-Greek businessman Ivan Savvidi, formerly a member of the Russian parliament, who allegedly gave hundreds of thousands of Euros to Macedonian opponents of the country’s proposed name change. The recipients include football hooligans who have rioted in the capital. Savvidi, who moved to Greece in the mid-2000s, purchased the PAOK football club and various media outlets, and his business empire now dominates Thessaloniki, the country’s second city.

“The recipients who confirmed the transfers were hooligans associated with Komiti, a fan club of the Vardar football team. The same men had taken part in the violent protests in Skopje, and ten were arrested. One of the participating hooligans confirmed to reporters that the group had received cash from Savvidi. The documents also show that some members of the group disagreed with receiving the payments”, OCCRP reported.

Lack of political will to tackle the issue

Football-related violence is a long-standing issue in Macedonia, but so far there have not been reactions from the main stakeholders – the government and the football federation. There have been only some sporadic activities led by NGOs or international organisations.

As a 22-year-old ultra for FC Shkëndija pointed out in the 2012 research by BIRN, “the doors of local government, companies, and political parties are always open to us”, adding that although he has faced several charges of violent behaviour, including involvement in an attack on a police officer, he has never spent more than 10 days in custody.

In the same research Ivan Anastasovski, an academic and former board member of the Macedonian football federation, pointed out that parties believe it is in their best interests to maintain good ties with the fans: “They see them as a potential base for voters and activists during the elections”.