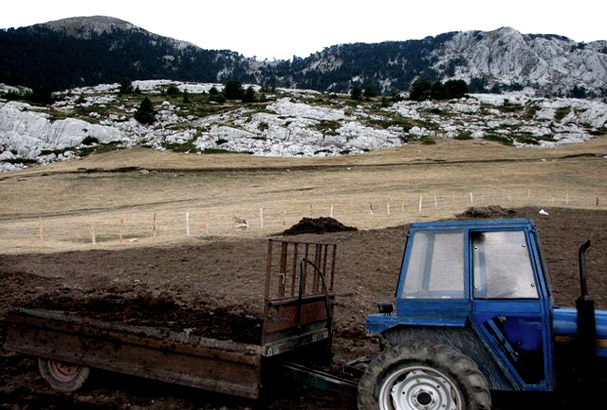 Despite strong efforts, educational campaigns, and the commitment of some NGOs, the organic sector is struggling to expand in Montenegro. Low skills and lack of public support hamper its progress. Here is the fifth part of OBC's analysis of organic agriculture in South East Europe

The 1991 constitution defines Montenegro as a “democratic, social, and ecological” state. Indeed, government officials do not miss a chance to emphasise these values in their speeches. Prime Minister Milo Djukanovic, in one of his most recent statements, identified tourism, infrastructures, energy, organic agriculture and farming technology as priority sectors for international relations and agreements.

On the one hand, the food processing sector has its limits in a country that is a net importer of agricultural products. On the other hand, considering its Mediterranean climate and the importance of tourism, conditions may be very favourable for a stronger investment in the organic sector. At the moment it is still struggling to develop beyond the first steps taken a decade ago.

We have discussed the issue with Jovo Radulović, director of the NGO Production of Organic Food (Proizvodnja Zdrave Hrane),  who, for years, has been committed to promoting the organic sector in Montenegro.

The history of organic agriculture in Montenegro is closely linked to the history of Production of Organic Food. When was your organisation created?

The NGO was created in 2002 in order to promote the sustainable development of Montenegro's rural areas. The conservation of local culture and traditions through a low-impact approach to agriculture is at the basis of the organisation's vision.

What are your main activities? Who do you work with?

Our activities focus on promoting organic values through both consumer education and support to producers in every phase of production. Using a comprehensive approach, Production of Organic Food also seeks to protect the environment and promote rural tourism.

Activities include the publication of the magazine EcoFood. Can you tell us more?

In December 2002, when the magazine was launched, the main problems of Montenegro's agriculture included the lack of information on modern technologies, new trends, and the potential role of NGOs. Such lack of information also affected consumers, mostly unaware of the advantages of organic agriculture and where to buy products. The few NGOs operating in the primary sector were in fact not able to provide adequate information. EcoFood wanted to fill this gap – at least partially – and give more visibility to the growing debate on environmental issues: organic agriculture, ecology, eco-tourism, sustainable development, and promotion of healthy lifestyles. This monthly magazine has been published for almost ten years now, and is available on the website of Production of Organic Food.

Another interesting project is “Eco bag, my eco contribution”...

This campaign promotes the replacement of disposable plastic bags with multi-use cloth ones. It is not rare in the Balkans to see entire fields covered in remains of plastic shopping bags. Production of Organic Food would like to strengthen this initiative by cooperating with other NGOs and local institutions in order to reach and educate more consumers. In its start-up phase, the project was supported by the Regional Environmental Center (REC)  and financed by the Swedish International Development Agency  (SIDA).

When did organic agriculture begin in Montenegro?

The debate and first steps started in 2002, when we created Production of Organic Food and EcoFood, which, not only, became the main information channel, but also an instrument for putting pressure on institutions to introduce a law on organic agriculture. In the same year, the first experimental post was established in Župa Nikšić, in the area of Mount Lukavica. Two years later, BioSuisse  certified the first organic producers. In 2008, there were 26 producers – almost twice as many as in 2007, while the agricultural surface area devoted to organic production consisted of 75 hectares of arable and permanent crops and over 1,000 hectares for pasture, plus around 100,000 hectares for wild harvesting.

When was the framework law on organic agriculture introduced?

The Ministry adopted the law in 2004 (Law Nr. 01-1006/2), in compliance with the European Union’s regulation EC 2092/91 and subsequent amendments. The law is currently undergoing revision and seeks to regulate specific aspects related to organic agriculture:

Which certification bodies are acknowledged by the Ministry of Agriculture, Forestry, and Water Management?

In 2006, the Ministry founded Monteorganica, the national agency for the certification and control of organic production, which remains the only recognised body to this day.

How developed is the organic market? What are the main products?

Conventional products still largely dominate, because of supply-and-demand issues, as well as the high prices that make organic ones hardly affordable for most consumers. The main products offered include wild plants, fruit (plums and apples), and some dairy products.

What is the role of organic agriculture in the national agricultural policy?

The development of organic agriculture is one of the priorities; for ten years, now, it has been considered an important resource for economic growth and the fight against rural poverty. Some steps have been taken; for example, a legislative framework has been created and an adequate institutional context has been developed, but a stronger public support for producers is surely needed.

How recognisable are organic products in terms of image and visibility?

The logo “organska poljoprivreda” was created in 2005, but consumers still don’t know it very well.

Are there specialised shops, can organic products be found in supermarkets, in hotels and catering services?

The first specialised shop (Biomontenegro) was opened in 2008 in Podgorica by Production of Organic Food and became an important reference point for both consumers and producers. In addition, some organic products can be found in the Maxi store chain. In terms of hotel and restaurant catering, organic products are virtually absent.

Therefore, the organic sector is hardly an opportunity for producers...

In 2010 the number of certified producers rose to 67. This number is destined to grow rapidly, once the Ministry formally recognises group certificates. In June 2011, however, this legal procedure had not yet been accomplished.

Despite current difficulties, our NGO still sees it as an opportunity, but without adequate public support, prospects may remain extremely limited.

Are there any significant projects at the regional level?

One of the most important projects in the latest years was Bioadria , developed with Italian partners and coordinated by the Associazione Terre dell’Adriatico  of Senigallia. The project aimed at consolidating a trans-Adriatic network of producers and associations and identifying a market for future development strategies.

In conclusion, what are the main barriers to the full development of the sector? And the hopes for the future?

The main obstacles lie in the lack of adequate public support – especially financial resources – and, more generally, the primary sector's need for modernisation. Opportunities definitely include the climate and the well-preserved natural resources.