Moldova and the EU: Freedom Just Across the Border 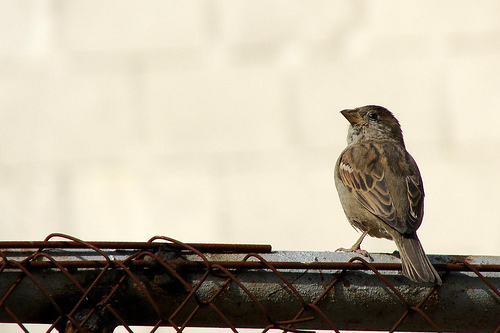 For Moldavians, Europe is a fever. A collective aspiration to enter the magic circle of “the 27” is reflected in everything from public advertisements to names of squares, even in a new-found freedom of movement that Moldavians now enjoy. This aspiration is visible despite the fact that the little republic is still dealing with nostalgia for and economic tensions with its big Russian neighbor

Like a river, Moldova flows towards its sea, the European Union. If Moldova were a river, it would be a winding and increasingly flooded one, like the Prut or the Nistru/Dniestr, swollen by the mid-summer’s rains.

Within social, economic, and public political discourse in Moldova, there are many vivid signals of the small ex-Soviet republic’s yearning for Brussels.

Much like in the other Balkan countries waiting in line to enter the EU, the 12-star flag of the EU waves atop many public buildings and squares. Moldova's liberal government coalition is called “Alliance for European Integration (AIE)”, whereas the “Ministry of Foreign Affairs and European Integration” is in charge of foreign policy. In addition, all of Moldova’s political parties - including the Communist Party - are in favor of joining the EU.

But what is this drive based on? Is it really rooted in society and among major political leaders? The results of the latest public opinion polls, conducted by the Institute for Public Policy in Chisinau at the end of May, show that if there were a vote today on joining the EU, 61.4 percent of Moldavians would be in favor, and 17.7 percent would be against.

These results imply a strong inclination towards, or even “identification” with, the European project. Let’s cross-reference this data with some other data from the same poll: responding to the question “which country should be Moldova’s main strategic partner”, only 27.3 percent of those polled responded that this should be the EU, whereas 50 percent chose Russia.

This is supplemented by the fact that polling data from previous years shows that almost 50 percent of the population, most of whom are 60 years of age and older, miss the Soviet Union, and around 40 percent would want to restore the socialist system. In addition, the 17.7 percent opposed to EU integration is the highest percent registered in recent years.

Vladimir Voronin, leader of the Communist Party, currently in opposition,interprets this data as discontent with the liberal government of Vladimir Filat whereas the liberals and some media think it is a reaction to the economic crisis, which has not loosened its grip on the EU.

Europe and Freedom of Movement

Overall, this heightened desire is not so much for the EU per se, but for theblock of countries within reach where freedom of movement is allowed.The long-standing possibility of European integration is, as a matter of fact, the greatest chance Moldavians have for freedom of movement. This opportunity, especially by young people, is an important consideration when thinking about EU integration. EU integration –and an end to the VISA regime for Moldavians - could fling open doors to countries that have historically been closed to Moldova.

This factor has not been ignored in Brussels. Moldova and the EU commenced visa liberalization talks mid-June. Moldova is, in fact, one the few countries in the European neighborhood where people still need visas to travel to Europe; visa requirements for residents of Serbia, Montenegro, and Macedonia were dropped last December.

Romania: a Back Door to the EU

While,officially, visa liberalization talks have only just begun, there are many who believe that the process started de facto through the “back door” with the issuance of Romanian passports for Moldovan citizens. Romanian President Traian Basescu has openly supported this process and has the intention of increasing the number of naturalizations to 10 thousand per month.

The Moldovan government has certainly played a crucial role in this process of ‘Europeization” through consultations, reforms, andreinforcement of democratic standards and diplomatic relations.

At the same time, integration can not be seen as a deus ex machina which would resolve all Moldova’s problems simply by taking them under its mantle.

The discussion of Moldova's equidistant position between Brussels and Moscow, which is on everybody’s mind but on the working agenda of few, risks concealing in its rhetoric the real inclinations of political leaders.

It is, however, clear that anti-Russian declarations and policies risk creating an infinite counter-position which would not be useful to the country.

The last scandal was caused by the interim president of the republic, Mihai Ghimpu: he tried to establish 28 June as a day of remembranceof the “Soviet occupation”.

Moves such as this cannot but multiply the tension and diminish the benefits, in particular economic ones, which would derive from European enlargement.

A clear example of this is the renewal of the so-called “wine war”: Russia recently blocked a huge quantity of Moldovan wine, describing it, on account of its low quality, as “only good for paint removal.”

Achieving good relations with the two “giants” would be a mile-marker for accession to the EU, but the main obstacle, once again, is the situation in Transnistria.

It is clear that Moscow plays the part of the lion. As much as the EU has offered broad possibilities in situations of unresolved conflict– for example Cyprus’ accession despite the evident internal division – it has to position itself as a decisive player on this front. A strong intervention by the EU on this front could help Moldavia’s integration into the EU much more than numerous declarations. In the meantime, Moldavians will continue searching for a back door.