Our man in Moldova 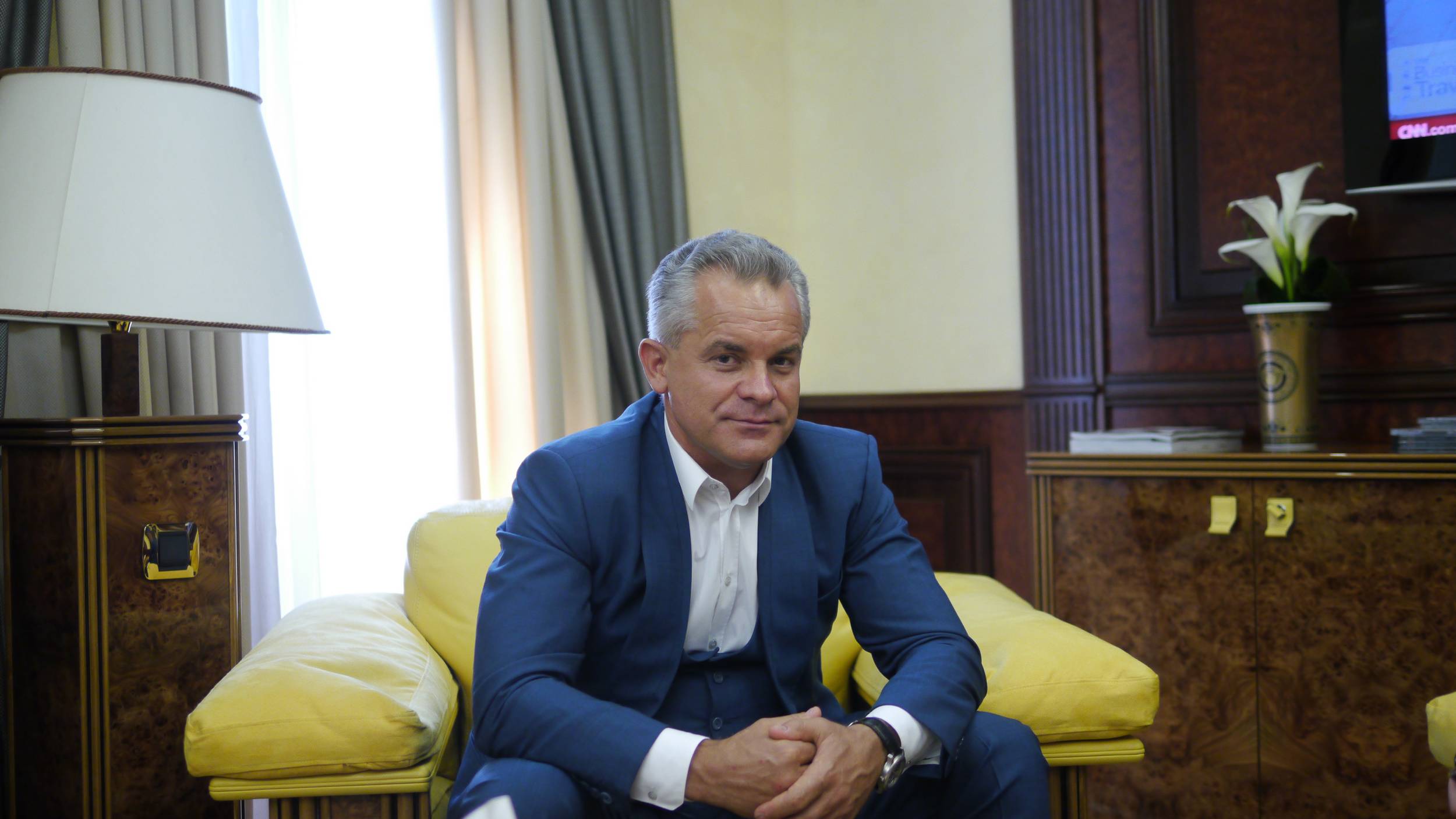 In courting the country’s most loathed oligarch, the EU and US will only lose the sympathy of ordinary Moldovans

In the midst of the UK referendum to leave the EU, Moldova’s most hated oligarch, Vlad Plahotniuc, put pen to paper. In a recent, stirringly pro-European piece for Politico, Plahotniuc stressed that: “Moldova belongs in the European Union, now more than ever”.

Plahotniuc and his allies have recently become more visible in the west, with several visits to the US and an op-ed by Moldova’s prime minister Pavel Filip in The Hill.

Instability in Moldova is typically explained away by geopolitics, with the country positioned on a rift between the west and Russia. It’s a fear many of the country’s nominally “pro-Western” politicians have readily exploited.

Whatever the the fear of “losing Moldova” to Russia, it cannot justify supporting Plahotniuc, an opportunistic oligarch who is pursuing a policy of unchecked state capture. This policy of appeasement may be a short term victory for the EU and US, but in the longer term will only further erode the already-waning pro-western, and pro-European, sentiment in Moldova.

In July, a sizeable $600,000 contract was signed between Moldova’s Democratic Party, of which Plahotniuc is vice president, and Podesta, a US lobbying firm. Time will tell if it’s paid off.

Whether ordinary Moldovans can afford it is another matter. Financially, Moldova is yet to recover from one of the largest banking heists in history. This event saw $1 billion dollars (15% of the country’s GDP) disappear from the country’s three banks in late 2014.

The heist wasn’t so much the cause of today’s political impasse. Rather, it was a symptom of a much longer crisis, of a system which made such theft possible in the first place.

This banking crisis led to the collapse of two pro-European coalition governments. In February 2016, Vlad Plahotniuc formed a ruling coalition led by Moldova’s prime minister Pavel Filip. This government is highly disliked by a majority of the public, who loath the influence of Plahotniuc — Moldova’s wealthiest and most hated oligarch.

Perhaps readers of Politico should get to know the article’s author a bit better.

Vlad Plahotniuc is widely considered to be Moldova’s wealthiest person. However, the full extent of Plahotniuc’s assets and wealth remains unknown. He owes his financial standing to a privileged position in the inner circle of former Communist President, Vladimir Voronin. However Plahotniuc remained in the shadows of Moldovan politics while building an economic empire through commercial raiding. Moldovan media did not even have a photo of Moldova’s richest man until 2010.

Once the Communist Party lost power in 2009 and a pro-European coalition emerged from Moldova’s so-called “Twitter Revolution”, Plahotniuc began to appear in Moldovan politics. He was quick to change his allegiances by sponsoring the then-opposition Democratic Party, of which he is now deputy chairman. The oligarch was also instrumental in promoting his protégées in key state offices, including the judiciary and law enforcement.

Coupled with his media empire (he owns Moldova’s main TV channels), Plahotniuc’s influence is now unchallenged. His fortunes rose with the October 2015 arrest of Vlad Filat, Moldova’s ex-prime minister and former leader of the Liberal Democratic Party. Filat also happened to be Plathotniuc’s main political and oligarchic rival. After eight months in custody, Filat was convicted in July 2016 to nine years in prison for his connection to the one billion dollar theft.

In July 2016, a Moldovan banker, Veaceslav Platon, was arrested in Ukraine in connection with the banking theft and, despite possession of Ukrainian citizenship, was nonetheless hastily extradited to Moldova. Platon is now in pre-trial detention. This turn of events contrasts to the fate of Ilan Shor, another wealthy Moldovan-Israeli businessman considered the central figure in the banking heist, who was arrested back in 2015, but was then allowed to run for mayor of Orhei, a town not far from Moldova’s capital. He ended up winning with a landslide.

Still, days before Filat’s conviction in July 2016, Shor (who is the main prosecutorial witness in both Filat and Platon’s cases) was re-arrested, only to be released in early August to house arrest, suggesting that Moldova’s authorities are willing to punish some more than others.

Plahotniuc’s friends in the west

Despite being opposed by large popular protests since May 2015, Plahotniuc has gained the support of Moldova’s key partners in Washington and Bucharest, Moldova’s main ally within the EU.

In May 2016, the oligarch visited the US, where his meeting with assistant secretary of state Victoria Nuland left many Moldovans flabbergasted. The US ambassador to Moldova had to justify the meeting saying that it was the Moldovans who voted for this government and that the US has to work with it. Even so, Plahotniuc does not currently hold public office. To top it off, the trip wasn’t official — Plahotniuc travelled on a tourist visa.

Diplomatic euphemisms aside, many in the pro-western camp felt disheartened by this display of realpolitik, which seemed an appeasement at best. Meanwhile, pro-Russian forces were quick to seize the opportunity of presenting it as a full-blown endorsement. Russian media even portrayed Plahotniuc’s trip as western interference in Moldovan presidential elections.

This month, Moldova will hold its first direct presidential elections since 1996. However these elections are unlikely to end the political, and economic, crisis that is gripping this post-Soviet state.

According to recent polls, at least three candidates have a real shot at the presidency, Plahotniuc’s protégé, Democratic Party chairman Marian Lupu just behind. The strongest candidate is Igor Dodon, leader of the pro-Russian Socialist Party, who is likely to face a centre-right candidate in the run-offs, unless the right fails to agree on a single candidate and paves the way for a Plahotniuc-backed candidate.

The two main forces on the right are Maia Sandu and Andrei Năstase who are currently dueling to be the single unifying candidate (on the 15th of October Năstase withdraw and announced his support to Maia Sandu - editor's note). Sandu, a Harvard-educated and former World Bank employee, is a former education minister and heads the newly created Action and Solidarity Party. Năstase is a protest leader and prominent lawyer who heads the rival Dignity and Truth Platform Party.

Moldova’s partners should not turn their back on the country and its people just because a vilified oligarch has outfoxed his opposition and captured power. Instead, Moldova needs stronger incentives to reform via political conditionality.

Unless there is a concerted effort to play good cop, bad cop in Moldova, the US and EU should compare notes more effectively if they want to remain credible as an alternative to Russia in the region.