The Kosovo media under pressure 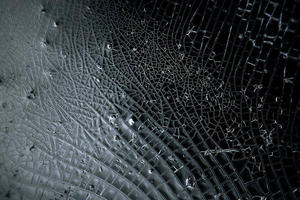 Journalists and media outlets in Kosovo continue to struggle against political interference and financial pressure. In 2015, the Association of Journalists of Kosovo registered 27 threats and intimidation against journalists, including four death threats mainly issued via social media.

“This is an indicator that threats and attacks on journalists in the last two years have increased comparing to the previous years when we had an average of 15-18 cases,” says to Osservatorio Balcani e Caucaso (OBC) Zekirja Shabani, Head of the Association of Journalists of Kosovo.

According to the 2016 World Press Freedom Index of Reporters Without Borders, all of the worst Balkan symptoms are to be found in Kosovo. Its media suffer from direct and indirect political interference, financial pressures and concentrated ownership. Journalists who criticize the Kosovo authorities are often accused of being “traitors” or “Serbian sympathizers.” Media that do not toe the government line may be subject to intimidation in the form of financial or tax inspections, concludes Reporters Without Borders.

Another organization, Freedom House, in its recent report estimates that Kosovo is only “partly free” as to freedom of the press. While Kosovo’s constitution and legal framework provide for freedom of expression and of the press, the media environment is affected by political interference, financial pressure, and a high degree of ownership concentration, reads the report.

The Head of the Association of Journalists of Kosovo, Zekirja Shabani, says that lack of legal safeguards leaves the media in Kosovo vulnerable to a variety of political pressures. “The lack of rule of law has encouraged those who are not satisfied with the work of journalists to take the law in their own hands. People who think that journalists didn’t report correctly, but also different groups of interest, namely politicians and businessmen, rather than sewing media for their coverage, go directly in the newsroom to attack physically the journalists or threat them over the phone. The most endangered group of journalists are the ones doing investigative journalism, reporting on the abuse of public spending, crime and corruption,” he pointed out.

The OSCE Mission in Kosovo urged responsible institutions in Kosovo to bring perpetrators to justice, emphasizing that the judicial system should be more active in pursuing cases related to the safety of journalists. “We have and are urging for a more vigilant persecution of threats or intimidation of journalists. Their profession has high relevance for the public, and we believe that the judicial system should acknowledge this fact”, said to OBC the OSCE Office of Political Affairs and Communications in Kosovo.

Successful criminal prosecutions of attacks and threats against journalists are rare.

Jeta Xharra is the Balkan Investigative Reporting Network (BIRN) Kosovo Director, and presenter and editor of the most watched current affairs program, “Life in Kosovo". As an investigative journalist, Xharra and her team experienced several problems while trying to shine light on corruption. In 2013, a mixed panel of Kosovo and EULEX judges found five defendants not guilty of threatening Xharra and violating her rights in May and June 2009. They were the former mayor of Skenderaj, Sami Lushtaku, and the former managers and journalist of a local newspaper which in 12 articles called Xharra a “Serbian spy”, a “professional bomb”, an “embassy slut” and other insults. The campaign against her followed an edition of the “Life in Kosovo” show dealing with alleged mismanagements in Skenderaj where Lushtaku was mayor at the time. The court ruled the articles did not pose a threat to Xharra even if they damaged “her honour and reputation”.

The Media Freedom Resource Centre , promoted by OBC with the ECPMF,  provides additional insights on media freedom in Kosovo. Among the available materials, the report by the South-East European Media Observatory on media ownership in the country, and the analysis of self-regulation of journalism in the region.

Jeta Xharra says that journalists who refuse to sell out, have become a scary bunch to the kind of corrupt and often criminal political elites that have grown to rule the Western Balkans. “How do I know we are frightening these elites? It is simple! By the rise in the campaigns that the politicians and their journo-mercenaries have conducted against real journalists, and by the investment they have put into trying to muddy the impact of our stories. The more these attack dogs are let loose, the more I believe there is good work being done all over the place,” she tells OBC.

In August last year, BIRN Kosovo published a story that revealed how Isa Mustafa, the Kosovo Prime Minister, awarded a public tender to fix BMW government cars to a company owned by his own son. Two days later, a portal owned by a former PDK member of parliament (a party in the coalition) started to attack Faik Ispahiu, the executive producer of Xharra’s program “Life in Kosovo”, by publishing an article which said that “he was working for the Serbian secret services”, “he had historically worked with Serbian journalists”, “BIRN’s centre is in Belgrade” although in fact its hub is based in Sarajevo etc.

“The good news is that Reuters quoted our investigation about Mustafa’s son winning the government tender to fix cars, and when the story made it into the international press, it became so big that Mustafa annulled the tender because now it was not “the suspicious local ‘scary’ guys” but an “international embarrassment”. So the good news is we managed to scare him off from doing wrong”, says Jeta Xharra.

Political interference, direct and indirect, remains a big concern, especially for the public broadcaster, Radio Television of Kosovo (RTK), which is not seen as a credible and impartial source of information. As Freedom House puts it, “RTK, which is financed by taxpayers and governed by a board appointed by parliament, is seen as a mouthpiece of the government”. Institutions in Kosovo have failed so far to identify a long-term solution for the financing of the Kosovo’s only public broadcaster. Currently RTK continues to be financed by the State budget and its program is considered to serve mainly the biggest ruling party, PDK.

RTK’s financial sustainability and budgetary independence have been a particular focus of the OSCE Mission in Kosovo in recent years. The organization is concerned with the situation of the public broadcaster and will provide soon its recommendations regarding the financing of RTK, based on wide consultations with professionals.

Private media outlets have similar financial problems, and political interference. There were cases when editors barred their reporters from publishing or broadcasting stories critical of the government or of particular officials due to the outlets’ political leanings. Newspapers that are not aligned with the government, or the ruling parties, are often subject to intimidation through tax investigations, or blocked from accessing public information.

“The lack of a sustainable financial situation has pushed some media, including the traditional ones who are seen as more credible and serious, to put their editorial policies in the service of certain interest groups of politics and businesses related with politicians. As a result, many journalists were forced to self-censor their articles due to links that media owner has with a political party which is financing that media,” says Zekirja Shabani, Head of the Association of Journalists of Kosovo.

The OSCE Mission in Kosovo also acknowledges that financial sustainability is among the main issues affecting the media sector and journalists in Kosovo. The Office of Political Affairs and Communications in Kosovo says that until this issue is resolved, media will remain subjected to different kind of pressures or inappropriate interference.