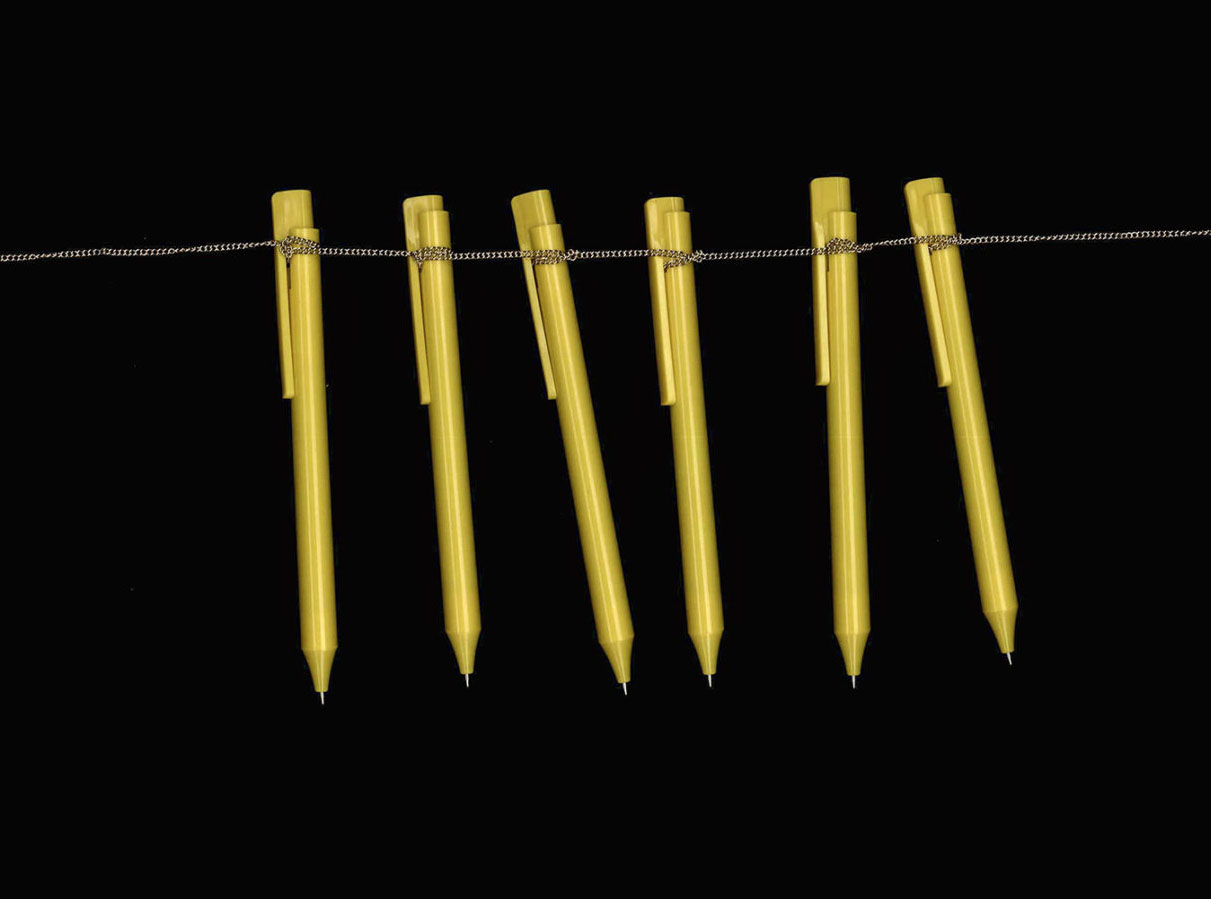 (Originally published by Kosovo 2.0, media partner of the ECPMF project)

Media ownership in Kosovo is crucial to understanding the country’s journalistic production and news gathering. Because Kosovo has a very young media market that only developed after 1999 in the real sense of pluralistic media, ownership is still very fluid in terms of who owns what, but also in terms of how ownership translates to influence on journalism. This is particularly important with the latest development of ‘fake news’ phenomena in the ‘post truth’ environment when journalists are exposed to many more structural influences, both internally in newsrooms but also externally from political actors.

The Kosovar media scene includes the public broadcaster Radio Television of Kosovo (RTK) and private pluralist media, which fall under the same legal regulation apart from when it comes to financing; RTK receives direct funding from the Kosovo Assembly and through commercial means such as advertisements, whereas private media rely purely on self-financing through commercial advertisements.

Heaving said this, private media has never managed to get beyond single ownerships to create media consortiums or networks and to enhance the quality of journalism beyond national boundaries.

For more insights transparency of media ownership, media concentration and pluralism in Kosovo, check the article that we curated on Wikipedia in the frame of the project "Wiki4MediaFreedom". All the Wikipedia articles created  are published also on the Resource Center on Media Freedom .

Kosovar media is divided in terms of ownership and influence in newsrooms. Concentration of ownership around economic operators is one of the forms business owners attempts to utilize media, not only as a business in itself but also as a means to protect their businesses from media.

The very fact that media such as Zeri are bought by business actors and then not further developed, neither in terms of the business model nor in terms of profits, indicates concentration of economic ownership on behalf of existing business and not as a means of doing new business.

The other form of ownership is political ownership, where either political parties or individuals supporting a political party own certain media and develop them as a means to gain party and political power. There are many cases of newspapers, and lately also television channels, owned by politicians that are used primarily as a platform for political agitation.

The renown cases of Epoka e Re and Bota Sot are only an illustration of party pamphlets as well as Tribuna Channel that is owned by Deputy Minister of Culture Rexhep Hoti’s family. Both economic and political ownership of media in Kosovo fail to provide good working conditions for journalists and in turn suppress the idea of independent journalism.

According to latest research that I helped to conduct on behalf of ‘Worlds of Journalism Study’ last year, 86 percent of journalists in Kosovo lack permanent contracts and this influences their daily work. In Kosovo, journalists apply a certain degree of self-censorship as a result of political ownership of the media and also because of financial dependency on the media outlets in which they are employed.

A study I co-authored on ‘journalistic self-censorship in post-conflict societies’ focusing on the region (Kosovo, Serbia and Macedonia) identifies that journalists drop out of investigating “stories that might be opposed to the owner’s political stance” in cases of political coexistence with media whereas in cases of economic dependency, they “fear conflict with advertisers or influential economic figures and conglomerates.”

Such pressures of political interference, financial pressures and concentrated ownership, are also borne out by the Reporters Without Borders’ World Press Freedom Index 2016, which highlighted that journalists that criticize state authorities are often labelled as ‘traitors’ and concluded that: “All of the worst Balkan symptoms are to be found in Kosovo.”

All these structural challenges brew conditions for weak journalism in Kosovo. According to the stats provided by the Association of Journalists of Kosovo, it is reported that in 2015 there were 15 cases of threats, assaults, intimidation, property damage and even armed attacks on journalists. Similarly in 2016 there was 16 cases, while a number of threats and damage to journalists’ property have already been reported in the first three months of 2017.

In attempts to bypass many of the political and economic pressures on journalists, another model of ownership has developed in post-conflict Kosovo. Advocacy media, which are often registered as NGOs and function as media advocating a cause or strand of political changes, have often been established largely with international funding, as is the case with the BIRN consortium, or productions such as Jeta ne Kosove.

Media operating through this model have proved to produce some of the more interesting investigative journalistic pieces in the Kosovar market, but nevertheless they have not always managed to create the impact they desire, due to both being viewed as unsustainable and therefore less credible, and because they have been viewed with suspicion as foreign by political actors.

Portals and ownership: dissidence or decadence?

Kosovo has seen a new development with the emergence of so-called ‘new media’ where journalists who have defected from traditional newspapers or broadcasters set up their own small ‘portals’ curating news for a particular audience: namely those with smartphones hungry for short, unverified and sensationalist news.

As many journalists were unsure of employment status in the traditional media, often with short term contracts, self-employment with such portals for various interests has allowed them to become their own media owner, editor, news-gatherer, designer and marketing manager. As an illustration, a former journalist who was physically attacked by the owner of the newspaper at which he worked moved on to create his own online-only media, Gazeta Fjala.

The independent news portal business model is despised by many in Kosovo and the region, especially by many involved in economics and politics, primarily because such outlets are difficult to control and influence. Although this development produces journalism that is far from high quality (with the exception of a few portals), it has managed to create a new category of ownership. This is because real ownership if often unknown, with many news portals lacking ownership information.

On one hand, such portals are some sort of journalistic dissidence, because of the monopoly that politics and business have had on media ownership in Kosovo. A lack of journalistic freedoms, along with self-censorship, enabled such a market to emerge because journalists were unable to express and cover the issues that they wanted to cover.

On the other hand, it is decadent journalism. Inadequate communication and transparency from Kosovo’s political and business elites, alongside the time pressure to transmit news in real time, has created a type of journalist that doesn’t feel the need, or does not have the time, to verify information properly — instead they choose the easiest way to transmit news. Such news is destined for a well selected public, often by virtue of a photo taken by a mobile phone posted onto the ‘portal’ along with a short comment associated with some sensationalist key words.

While Kosovo’s media is influenced by ownership they are also impacted by regulation, either by state regulations or self-regulatory bodies. Historically, Kosovo has had an interesting mosaic of regulation in its transition from former Yugoslav state-owned media, with regulations enacted by the United Nations Mission in Kosovo (UNMIK) immediately after the war primarily focussing on the prevention of conflict and inciting ethnic hatred.

Today, Kosovar broadcasters are regulated by regulatory bodies, including the Independent Media Commission. Established in 2005, this body is responsible for the regulation, management and oversight of the broadcasting frequency spectrum. The Independent Media Commission licenses public and private broadcasters; establishes and implements policy; and regulates broadcasting rights, obligations and the responsibilities of individuals and entities who provide audio and audiovisual media services — this includes regulating changes in ownership.

However the challenge remains with the smaller news portals that are neither members of the Press Council nor any other regulatory body.

Kosovo’s media is challenged in many directions and ownership remains one of the pre-conditions to improving journalism quality. Issues such as influences, roles, practices, values are all influenced depending on the ownership of media and that influences the newsrooms, news and journalists individually. With the latest technological advancements, transitioning of the newsrooms and time pressure for journalists, media owners’ influence in the news reporting and production process in newsrooms will only weaken the situation.