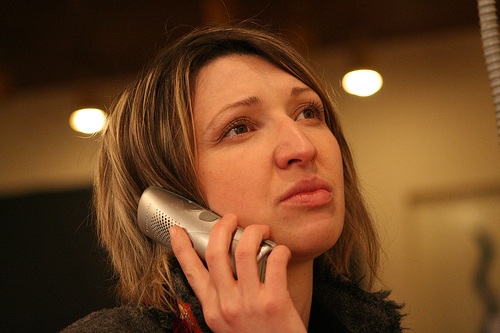 Investigative journalism in Kosovo? Someone is trying, not without difficulties. The case of the TV programme "Jeta në Kosovë" and threats to journalist Jeta Xharra stir the debate within institutions and the public opinion

A routine trip for a television crew unleashed a debate on free speech, censorship, centralised media, regionalism and, above all, - silence. This happened because the investigative program "Jeta në Kosovë" (Life in Kosovo) on the public broadcaster RTK (Radio Televizioni i Kosovës), attempted to report on whether municipal leaders kept their campaign promises after the local elections in 2007.

The TV crew was denied an interview with Sami Lushtaku, mayor of Skenderaj in the Drenica region, a bastion of the ruling Democratic Party (PDK), and home to core leaders of the former Kosovo Liberation Army (KLA).

The TV show also presented interviews of people in the streets that paid tribute to Lushtaku's achievements or just his plans for the future. However, opposition representatives explained to the Pristina-based journalists that the Drenica region remains governed by the force of gun.
Moreover, to wrap up the visit of the TV crew, images show that unidentified armed persons banned filming at a location. The police then escorted the journalists out of the town.

Investigative or provocative reporting - this was the main subject for weeks in the Kosovo media following the "Jeta në Kosovë" show entitled "Freedom of Speech" and broadcast in the evening of May 28. Some participants on the show and media commentators consider "Jeta në Kosovë" as the best example of journalism in Kosovo. However, others accuse the show of provocation and going beyond the border of journalism and its ethics.

The Infopress daily newspaper sparked the greatest debate following the May show by accusing Jeta Xharra, producer of "Jeta në Kosovë" and Kosovo coordinator of BIRN (Balkan Investigative Reporting Network), as "a Serbian spy on the Belgrade payroll".

"This behaviour by Infopress is appalling and dangerous. The death threats being expressed in the newspaper are endangering the lives of this programme's journalists. Infopress has strayed far beyond the boundaries of news and information. It is guilty of unacceptable editorial practices."

BIRN claims that it has aired shows on even more controversial issues, including homosexuality and alleged atrocities committed by former UCK guerrilla. The most recent "Freedom of Speech" show is just one of a series.

The anti-"Jeta në Kosovë" campaign of Infopress became even stronger when "Jeta në Kosovë" reported that the Infopress newspaper, with a low circulation, receives the biggest share of government advertisement and thus has won the status of a pro-government media. Infopress stated, "Jeta Xharra has brought it upon herself to have a short life." However, the tabloid-style newspaper, Infopress, later claimed that the line was poorly interpreted.

Jeta Xharra, the show's host, revealed details behind the public pressure, "We have received dozens of email death threats directly against me." Xharra intends to send the case to the courts and said, "This being accused to be a Serbian spy is an explosive allegation in a society still traumatized by Serbian oppression and wartime atrocities, and is a clear incitement to violent acts against our Kosovo staff."

The Pristina-based thinktank KIPRED supports the concern over an absence of free speech in Kosovo. Ilir Deda from KIPRED said, "In Kosovo we do not have a tradition of freedom of expression, and due to the lack of this tradition, the only freedom of expression historically was to say 'Kosovo republic' or 'separation from Serbia'."

Besides the slamming of "Jeta në Kosovë" from the pro-government media, citizens through various online media also reacted positively and negatively. Some encouraged the staff to keep on tackling 'gutsy' subjects. Critics portrayed the program as dishonouring 'the patriotic Drenica region' and its 'legendary commanders'.

The Council of Print Media fined Infopress 1,000 euros (out of a maximum possible fine of 2,000 euros) for not providing a firm source of information on its reporting. As a self-regulatory body for its members, the council suggested that further claims should be addressed to criminal prosecutors.

Only the international officials in Kosovo stepped up to discuss the importance of freedom of speech. The European Union Special Representative in Kosovo, Pieter Feith pointed out that he "has the highest regard for the programme ("Jeta në Kosovë")." Feith added, "Freedom of expression, including in the media, is a central value of European Union integration," and warned that the deficiencies in this area have a direct impact on a prospective member's progress towards the European institutions. Political analysts fear also that the incidents related to 'freedom of speech' will taint forthcoming reports on Kosovo's path towards EU integration processes.

Despite BIRN's suggestions for clear criticism of the case, the Kosovo government failed to condemn the threats. Prime Minister Hashim Thaci said in a statement, "The threat against journalists of "Jeta në Kosovë" program is an isolated case which does not indicate freedom of media has deteriorated in Kosovo. We will fully respect the free media."

In May 2008, Thaci also failed to take a stand on an issue involving "Jeta në Kosovë" and the same, Skenderaj mayor, Sami Lushtaku, who is one of his successful party (PDK) members. Back then, the programme was the only media to discuss the legality and morality behind Lushtaku's insistence on holding his post as head of the municipality during and after spending three and a half months in prison. Lushtaku had been declared guilty of threats, obstruction of official's duties and weapon possession.

Looking for solutions and sustainable income in order to avoid bankruptcy, journalists and the media in Kosovo lose credibility by frequently yielding to the temptation of unethical advertisements from businesses or institutions and unethical reporting. Investigative journalism is struggling to get on its feet, while even the most successful stories fail to secure further investigations by the anaemic public prosecutors.

The Freedom House annual report published at the beginning of July 2009 notes that Kosovo has a good legal framework to protect freedom of speech; however, this does not prevent the pressure on media. The Association of Professional Journalists also claims that the freedom of expression in Kosovo is being increasingly narrowed day by day.

The Association mentioned, "physical and verbal attacks against journalists, the failure to publish critical news on the government, and the 'punishment' of media through marketing bans." It argues that the journalists are censored at the very moment they want to follow "hot" topics through which they could find corruptive affairs of government officials or public or private leaders and businessmen.

Past reports on media developments confirm the situation. According to the U.S. Department of State, for 2008, "...journalists in Kosovo are intimidated by the government officials, public service workers, as well as by businesses. Some media are financed by business groups and by political interest groups, who offer them financial support in exchange for positive reporting."

Kosovo needs more efficient courts to deal with media-related issues - such as slander, libel, author rights - which would help the media find the right track on its path within a democratic society. If incidents of the scale of the most recent attacks on "Jeta në Kosovë", which involves all citizens, today ends with a mere fine of 1,000 euro, then tomorrow a citizen of Kosovo would not bother to buy a newspaper.