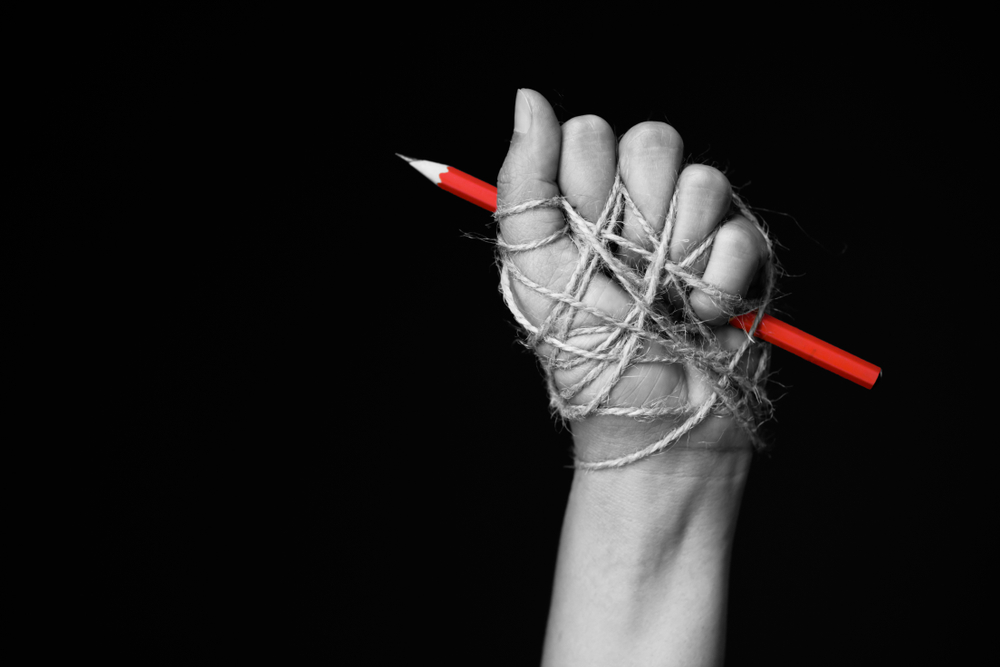 Press freedom in the Western Balkans remains under attack: threats by organised crime are often accompanied by those by the institutions. A conference in Prishtina discussed the issue

The digital age has facilitated access to data and information, and reaching audiences has become much easier and faster. Yet, at the same time, new technologies are challenging professional journalism with so-called fake news, and not only.

Journalists who cover financial and organised crime have become the target not only of criminals, but of state institutions too, especially in countries where the rule of law is weak. In the Balkans, journalists are left alone in their fight for media freedom. Often the judiciary, instead of cooperating with them, hampers their work.

Investigative journalists from the Western Balkans expressed their discontent towards the justice system in their respective countries in the regional conference “Follow the money, find the crime”, organised in Prishtina on June 7th, 2019 by the Kosovo Institute for Economic Development. Their experiences with judges and prosecutors, journalists denounced, are too often unpleasant.

The case of Jovo Martinović, a veteran freelance journalist from Montenegro, is one of the region's most dramatic examples of how politics can interfere in the justice system to keep journalists silent. Martinović is well-known for his extensive reporting on organised crime in Europe and war crimes in Balkans.

His work for international mainstream media such as NPR, BBC, CBS, Canal Plus, the Financial Times, Global Post, etc. has made him a target of authorities in his country. In October 2015, Montenegrin authorities arrested him on charges of drug trafficking and participation in a criminal organisation, detaining him for 14 months despite the prosecution’s failure to substantiate the allegations with evidence.

The case was connected to an investigation Martinović was conducting for one of his stories. In January 2019, the Montenegrin High Court sentenced him to 18 months in prison. The verdict received widespread condemnation from international and regional media and human rights organisations. The OSCE Representative on Freedom of the Media expressed hope that the decision will be overturned in an appeal process and that Martinović will be able to continue his journalistic work. “This is the price one has to pay for independence”, says Martinović.

Talking in front of other journalists in the conference, Martinović raised concerns about deteriorating media freedom in the Balkans. “It’s not just my case, in general people are suffering, they find obstacles, they are threatened, some are physically abused or attacked, so the whole climate is worsening compared to ten years ago, when we were still hopeful that the region would embrace the EU values, which hasn’t happened”.

Politicians are more nervous when journalists from the West arrive in their countries; they are more worried if the BBC or the Financial Times write stories about their misdeeds, says Jovo Martinović, who has mostly worked for Anglo-American mainstream media. “I refused approaches to make things look nicer, I refused to deny that there is organised crime and anything else, and that infuriates certain people, especially when it comes to their image in the West, and in my case I had a very unique bad experience and I had to go to prison as well, for my work”, he says.

This was confirmed by British war correspondent Anthony Loyd, who has spent most of his career in war zones. While talking to a wide audience at Brit-Talks in Prishtina, he admitted that he felt lucky being a Western journalist in war zones, compared to local colleagues. There are risks for Western journalist too, of course: during the war in Syria, Loyd was shot in the leg by one of the people he interviewed. According to him, “the greatest threat for journalists is the kind of threat that is emerging at home, through echo chambers, social media concepts such as fake news, and a general mistrust of journalism, which comes from outside but from journalists too”.

“Stubborn” journalists in the Western Balkans have often been targets of online hate-speech and other forms of propaganda. Milka Tadić-Mijović, another veteran journalist from Montenegro, extensively exposed abuses of state power and high-level corruption in her native country. Eight years ago, she and her colleagues were the targets of Montenegrin daily Pobjeda, that led a defamation campaign against them and publicly insulted them in over 100 articles. During the conference in Prishtina, she learned that she had just won the case in court against Pobjeda. A feeling of glory reflected on her face, even though the case took almost a decade to get to the final verdict.

In Kosovo too, journalists were the target of different groups of interests. Even MPs abused their right to speak in parliament and labelled some journalists as “Serbian spies” and “collaborators”. Among them were the owners of Insajderi, a multimedia platform that covers investigative stories in Kosovo.

Journalists’ integrity is in danger

One of the biggest concerns journalists have in the Western Balkans is the impunity for attacks against journalists.

In the last two years, Freed Media Help Line registered 118 cases of threats to security, 13 explicit death threats, and dozens of forms of violation of freedom of expression in Bosnia and Herzegovina. None of the perpetrators of these criminal offences has been properly sanctioned or prosecuted. In Serbia, there were 22 cases of threats and attacks against journalists in 2018.

Last February 25th, UN Secretary-General António Guterres highlighted how “the media has become significantly less free in recent years, including unprecedented threats to journalists and media outlets, and attempts to control the media”. In 2018, the UN and press freedom organisations reported that over 99 journalists and media workers were killed, over 300 were in detention, and 60 were being held hostage.

The attack on a journalist is at the same time an attack on media freedom and deprives citizens of the right to be informed, thus threatening democracy in general.

An online platform for rapid access to an ever-expanding collection of resources on media freedom and pluralism in Europe. Are you a journalist, a media expert or an industry organization and do you know any publications or services that would deserve visibility? Access the Crowdsourcing section  and help us make them available for consultation in the Media Freedom Resource Center!