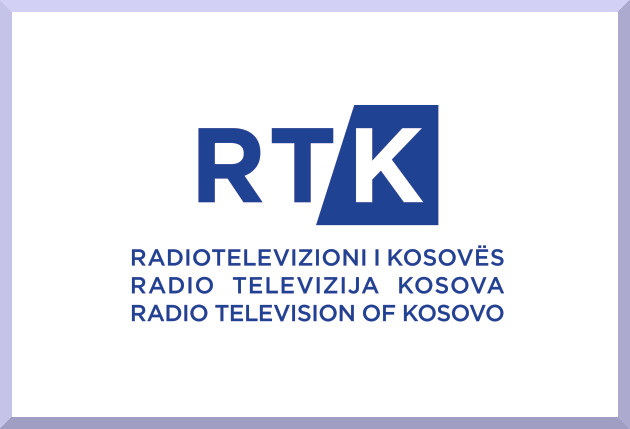 A public campaign launched by RTK journalists against censorship and political interference in the national broadcaster achieved positive results. OBC interviewed Shkumbin Ahmetxhekaj, editor at RTK, who took part to the campaign

In April 2015, sixty editors and journalists at the Kosovo Radio Television (RTK) publicly accused the RTK general director, Mentor Shala, of censorship and mismanagement. The accusation followed Shala’s decision to sack two members of the RTK Journalists’ Union, Fadil Hoxha and Arsim Halili, and the repeated labelling of some journalists and editors as “politically influenced”. The decision to go public with such claims was taken as 12 editors of the TV newsroom, supported by many other journalists and editors, initiated a public campaign calling for the national broadcaster of Kosovo to “return to the public” and to stop following a “political agenda”. Halili and Hoxha, claims the programme director of Reporters Without Borders, Luice Morrillon, “drew attention to censorship and other practices that deserve a thorough investigation.”

During the ECPMF conference held in Leipzig, OBC interviewed Shkumbin Ahmetxhekaj, editor of current affairs at Radio Television Kosovo, who took part to the demonstrations to denounce misconducts within the newsroom of the public broadcaster of Kosovo.

In April 2015 you were among the journalists publicly protesting to obtain the replacement of two editors in chief working at RTK. What brought you to that point?
Before we got to that decision, editors and journalists at RTK had been complaining for a long time about the low professional standards applied in the newsroom. Interferences from different politicians and interest groups were frequent, preventing us from doing our job according to professional standards. The triggering element was the misconduct of two editors in chief working at RTK. They were continuously interfering with our work in the newsroom, well beyond the limits of editorial policy: in our view, they were censoring some reports. We got to the point to directly ask the management to dismiss them, because they where impeding us to exercise our profession. The situation further deteriorated, until the moment in which journalists of RTK decided to gather to consider possible solutions.

How did they obstruct your work?
They were censoring some news. At the same time, they would sponsor other reports that could be labelled as propaganda. An example of these practices relates to the request to broadcast a survey on the eve of elections in 2014, which is strictly forbidden by the RTK Professional Standard Regulations.

Then, in late March 2015, the management decided to sack the chairman and the deputy-chairman of the RTK Independent Trade Union: Fadil Hoxha and Arsim Halili, for having damaged the reputation of the network. Allegations against the two representatives of the Union were aired without presenting their viewpoint. Despite our insistence on taking into account their perspective, the two editors in chief said that our request could not be satisfied, so they went on airing a long story about the alleged misconduct by trade union delegates. In my understanding, this as a typical form of censorship: if the subject of the story is not allowed to have its own saying about it, then journalism slips into propaganda.

We, as journalists of RTK, could no longer stand behind that and decided to take everything in our hands in order to avoid being accomplices with censorship and propaganda. We moved gradually throughout all prescribed steps. First, we contacted the management and the board of RTK. Indeed, the answer to our complaint confirmed the forecast: the management dismissed our complaints, saying that what we called “censorship” were nothing more that legitimate editorial choices. Consistently, they refused to replace the editors in chief.
It was only at that point that we decided to go public by organizing civil protests. As a consequence of that visibility, the management accepted to reconsider its position and to eventually replace two editors in chief, justifying such action upon the decision of the Inspectorate of labour.

How did you manage to build up solidarity among journalists, so as to be able to go public all together?
The willingness to join forces among RTK journalists and editors was the result of the misconduct by the two editors in chief. They were behaving so unjustifiably for such a long time, that we felt somehow obliged to reach a consensus among us. At the beginning 12 editors supported by many journalists signed the letter explaining the reasons for our public protest. Then, other colleagues joined the demonstration, until the moment in which there were around 80 employees of RTK protesting outside the building. It was a remarkable support considering that RTK is employing around 800 people. Our request was supported because the problems we raised were grounded and proven. The request we set forth was legitimate: we were asking for the reconsideration of the decision dismissing our colleagues and demanding the management to enable us to comply with professional standards. There was nothing personal in our requests.

What was the role of international organizations and NGOs in this episode? How did they react to your initiative?
They played an active role, which encouraged us to keep up with our initiative. Reporters Without Borders, the OSCE Mission and the EU Delegation to Kosovo reacted immediately to our protests, showing their support for our demands.
They reacted quickly to the letter presenting our complaints and their response had an impact, because when these actors stepped in, the decision was actually turned in our favour. Among the decisive elements were the stance adopted by the EU, with Commissioner Hanh sending an official letter, and the constant support received by Reporters without Borders.

What concerns you the most, at the moment, regarding the functioning of RTK?
Currently, the funding mechanism of RTK is a source of concern for all of us. In 2010, the Constitutional court of Kosovo determined that the financing of the national broadcaster through direct taxation imposed on citizens violates the Constitution. Since then, RTK is financed by the government, which allocates 0.7% of the annual budget to the network. A legislative provision established that RTK shall find a different source of financing, but the deadline expired and no feasible solutions have been identified.
Serious concerns remain about the direct financing of the public broadcaster by the government, which places the RTK independence unavoidably at stake. In this context, my feeling is that editors and journalists are still struggling to comply with professional standards. This is an issue most of journalists are facing, I guess.