Kosovo: the return of Haradinaj and the "UCK government" 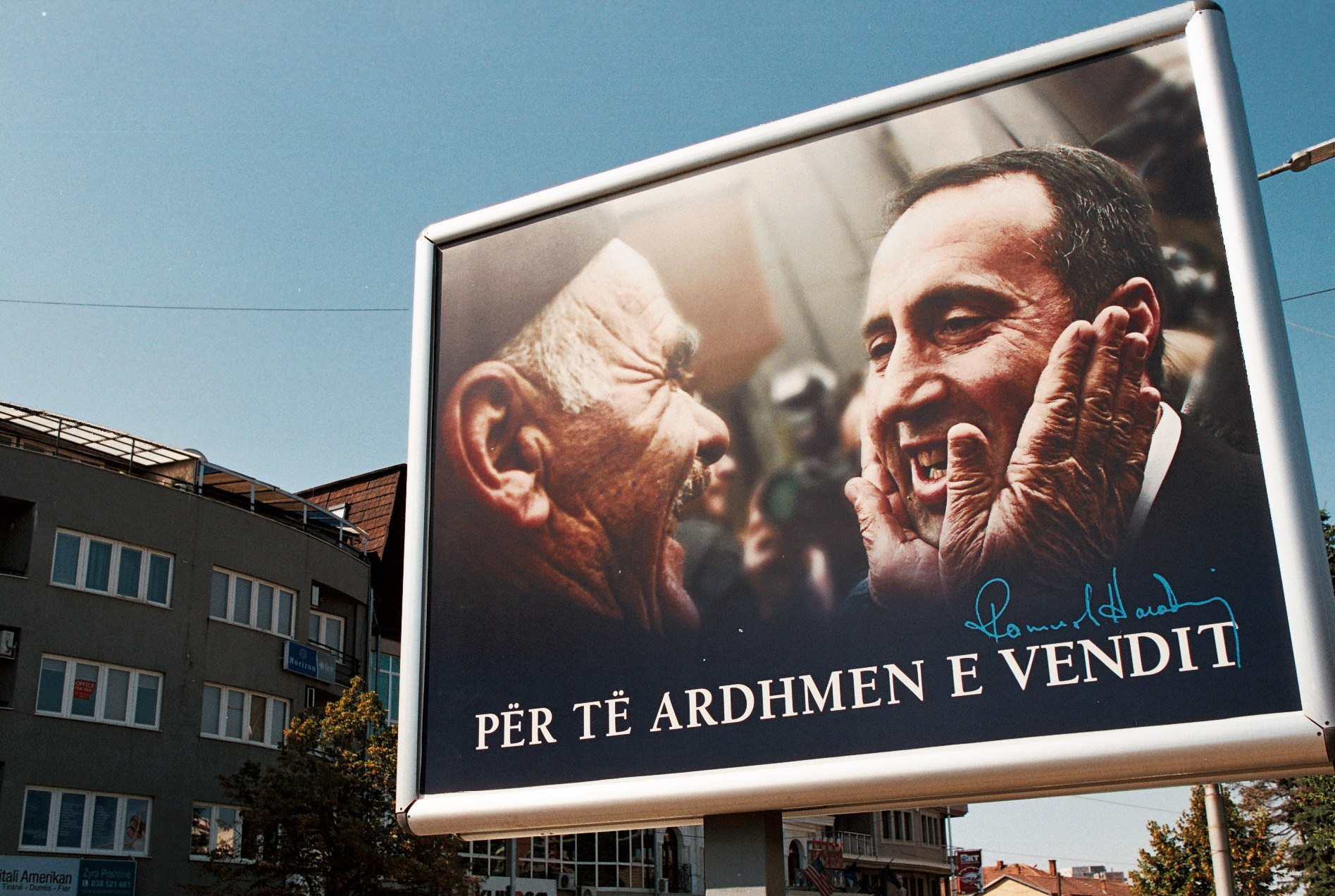 With the acquittal at The Hague and Ramush Haradinaj's return on the political scene, in Kosovo there are open talks about a possible political alliance between the leader of AAK and current Prime Minister Hashim Thaci

On the morning of 29th November, many Kosovars cried tears of joy, hugging and dancing in the streets, while fireworks and bursts of gunfire celebrated in the air. The confirmation had just arrived of the acquittal and subsequent next homecoming of Ramush Haradinaj. Once back in Kosovo, the political leader and former commander of the Kosovo Liberation Army (UCK) promised to make a change in local politics. "My goal is to take government responsibilities", he said just after arriving in Prishtina from The Hague, where he was judged "not guilty" of the war crimes charges.

Since the end of the war, Haradinaj had spent more time in The Hague than in Kosovo, where he is seen as a national hero in the war against the Serbian state in the 90s. The first indictment, which saw him in the dock along with two fellow soldiers (Idriz Balaj and Lahi Brahimaj), arrived in 2005. In 2008 came an acquittal, but in 2010 the process was repeated after the appeal court denounced serious shortcomings in the witness protection program and the strong atmosphere of intimidation.

In 2010, soon after the announcement of the last election results in Kosovo, analyst Genc Krasniqi, in an interview with OBC, had openly suggested a possible alliance between the government of Hashim Thaci and the AAK of Ramush Haradinaj, at the time irreconcilable opponents.

In 2005, when he left for The Hague, Haradinaj had been prime minister of Kosovo for about one hundred days. Now, many are expecting his return. Current Prime Minister Hashim Thaci, in the past his bitter rival, has now been in the forefront of the Haradinaj welcome-back at the arrival of the private jet that brought "Commander Rambo" to Pristina, met by the ceremonial guard of the Kosovo Security Forces. Thaçi then reiterated his feelings towards Haradinaj with a speech in parliament in Pristina.

New alliance between Thaci and Haradinaj?

Haradinaj's party, the Alliance for the Future of Kosovo (AAK), has vegetated at the opposition since 2007, mainly due to the absence of its founder and leader. Currently the party is only the fourth force in the National Assembly, but its votes seem to be of interest for the government, supported by a rather unstable coalition. Thaci wants his (former) rival on his side because he needs his political clout to address Kosovo's main policy issues: the dialogue with Serbia and the unresolved issue of control over northern Kosovo.

For years, the AAK has held the door open for a possible collaboration, but never went beyond the ambiguous waiting for the "return of Ramush". This allowed the opposition party not to play hard against the government, but also to avoid directly supporting the Prime Minister. AAK parliamentary vice-president, Blerim Shala, was recently appointed coordinator of the political delegation in the talks between Kosovo and Serbia – a choice many observers consider as the first step towards the formation of a political alliance between PDK and AAK: an "UCK government", as it has already been described by the media. According to persistent rumours, however, Haradinaj would be willing to accept the agreement only in exchange for the premier's chair.

A pact is yet to be finalized, but it could seriously irritate the Serbian counterparts in the remainder of bilateral negotiations mediated by the European Union. Belgrade immediately expressed harsh discontent in response to Haradinaj's acquittal (defined as "a decision that adds pain for the families of victims"), and Serbia blatantly challenged the impartiality of the Hague Tribunal – especially since the judgement arrived a few weeks after the unexpected acquittal of Croatian generals Ante Gotovina and Mladen Markač, indicted for war crimes committed during the Oluja Operation in 1995.

In October 2011, Serbian Prime Minister Ivica Dačić and his Kosovo counterpart Hashim Thaçi started meetings at the highest institutional level to reach a "normalization" of relations between Serbia and Kosovo, through a negotiation mediated by Catherine Ashton, EU High Representative for Foreign Policy. Earlier last week, an agreement was reached on the future co-ordinated management of border points, and "liaison officers" will be sent in Prishtina and Belgrade, hosted by top EU structures.

The dialogue with Serbia

In Kosovo, many do not hide many doubts and reservations about the negotiating line followed, especially with regard to possible concessions on the status of northern Kosovo, inhabited for a large majority by Serb population, and outside the control of Prishtina authorities since 1999. Managing such negotiation is definitely the "hot potato" in the hands of the future "UCK government". Critics argue that Thaci insists on the government with Haradinaj not so much to share power, but rather to share the inevitable political fallout of an agreement with Belgrade.

One thing is certain – the dialogue with Serbia will join the arch-enemies of the past. On the one hand, the UCK leader who promised his supporters that the suffering of Kosovo Albanians ended in 1999, and that the border issue in the Balkans was closed once and for all (hence the rejection of any hypothesis of division or autonomy for the north); on the other, (former) radical leaders in Belgrade, once in the front row against the Kosovo Liberation Army and now opposed to conciliatory policies towards Kosovo, especially if Kosovo is represented by former combatants Thaçi and Haradinaj.

Of course, no outcome can be ruled out: the political elites of Prishtina and Belgrade in recent years have accustomed us to surprise moves, especially when the maintenance of power is at stake. As to the results of the dialogue itself, it remains to be seen in what form they will be "packaged and sold" to citizens and voters on both sides of the fence.