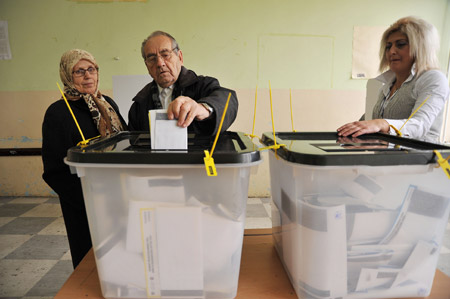 After the polls and despite many fraud allegations, Kosovo is already looking for a new government. According to analyst Genc Krasniqi, the most likely coalition will involve long-time foes Hashim Thaci and Ramush Haradinaj getting together. Our interview

Hashim Thaci and his PDK won the elections despite the country's strong disillusionment with the government. Why?

First, thanks to an extremely aggressive campaign in terms of media coverage and electoral promises. Another reason lies in the proliferation of alternatives that scattered the opposition votes. During the previous government, only Ramush Haradinaj's AAK exercised true opposition. Instead, in these elections, several “alternative” formations with very diverse political platforms competed.

It should be noted how the electoral committee had very little time – around 45 days – to organise everything. In this context, and considering the possibility of a dangerous institutional void, I think the performance was substantially positive. As for the alleged manipulations – especially in traditional PDK strongholds Skenderaj and Drenas/Glogovac, charges will be brought to the committee by seven p.m. today (December 13th for the readers, editor's note). The parties who feel they have been damaged can only exercise their rights within the legal procedures.

Today's other winner is the Vetevendosje movement that, at its first electoral competition, will become the third force in the next Parliament.

Vetevendosje managed to capitalise on Kosovar society's growing frustrations. In the current economic situation, Kosovo citizens' welfare mostly depends on links with institutions and public administrators. This dramatically increased the feeling that “all politicians are corrupt and thieves”, and Vetevendosje took advantage of this with a populist campaign. Albin Kurti's movement gained further impetus from the ineffectiveness of the EULEX mission in addressing Kosovo's governance problems.

International media highlighted Vetevendosje's nationalist rhetoric and the proposal of the Kosovo-Albania union...

The process of building an independent state also created many frustrations. The Ahtisaari package was a painful, though necessary compromise. Vetevendosje played on people's dissatisfaction and gained the votes of the youth and the electors disappointed by PDK. However, unlike independence, union with Albania is not a common, unquestioned goal for society – besides being a completely unrealistic one, in my view.

After the elections of Isa Mustafa, LDK looked about to beat former PDK allies. How do you evaluate the party's results?

These are the figures announced by the electoral committee: PDK 33.5%, LDK 23.6%,Vetëvendosje 12.2%, AAK 10.8%, AKR 7.1%, LDD 3.3%, FeR 2.2%. The committee received 171 manipulation charges and had 72 hours to examine them. US ambassador Christopher Dell declared he personally witnessed irregularities, while the EU was more benevolent. In a joint statement, the EU's high representative for foreign affairs and security policy, Catherine Ashton, and the EU's enlargement commissioner, Stefan Fule, expressed a substantially positive evaluation of the electoral process, while also asking the appropriate institutions to examine the charges.

Given the expectations of a tie with PDK, Mustafa's party is certainly among the losers of these elections. After leaving the government and choosing a new leader, LDK managed to find a credible place as opposition party, but not to put in practice a strategy to win more votes. For the first time, it seems relegated to the opposition, and I believe this will be good for the functioning of democracy in Kosovo.

The previous Parliament was inefficient. The coalition of the two largest parties used to guarantee a comfortable majority, thus impoverishing debate and exchange of ideas. With LDK as the opposition, any majority will be dealing with a much more active political challenge.

The other new player, the movement Fryma e Re (FeR), did not reach the 5% threshold. Why?

Unlike Vetevendosje, with its long history as an NGO, FeR was founded just before the elections and did not have the time to prepare for the competition. In normal circumstances and without early elections, I think it would have easily gotten into the Parliament.

Which parties will form the next government coalition?

There are several possible hypotheses, but I think the most likely coalition will join PDK and Haradinaj's AAK, despite the strong rivalry between him and Thaci, plus representatives of national minorities. If based on a common programme and clear goals, this coalition would enjoy a solid majority and the political strength necessary to implement even unpopular reforms.

Do you think this solution would be supported by the international community, also in view of new negotiations with Serbia?

The international community has some clear priorities for Kosovo. The first one is stability. Then, the priorities include the creation of a functioning economy and the strengthening of the rule of law. In this perspective, I think the international community would have nothing to object. As for resuming negotiations with Belgrade and a possible solution for northern Kosovo, the parliament rather than the government will be the key. No decision can be implemented without the parliament's approval.

What would AAK ask in return for joining the majority?

First, one of the high offices. Considering that the presidency of the parliament rightfully goes to the majority party and it would not make much sense for Thaci to give up the premiership, we are left with the presidency of the republic. With Haradinaj at the Hague, the two potential candidates are Bujar Bukoshi and Blerim Shala. As for the ministries, I think AAK would be interested in energy, healthcare, and economy.

AAK does not seem to have suffered much from the absence of Haradinaj, awaiting trial in the Hague. What about the party's electoral results?

AAK had high hopes and, after being the only true opposition in the last mandate, expected to get close to 20%. Despite Haradinaj's absence, which I think cost AAK a couple of points, the party almost doubled its votes compared to 2007.

The turnout was again low, 47.5%. Is this a sign of chronic mistrust for institutions?

I believe these figures need to be revised substantially upward. Electoral lists in Kosovo do not match reality. There has been no census since 1981 and the number of electors is based on projections. Considering the huge diaspora, I think the actual turnout is around 65-70%.