Thaci will not become president: a civic hero will... 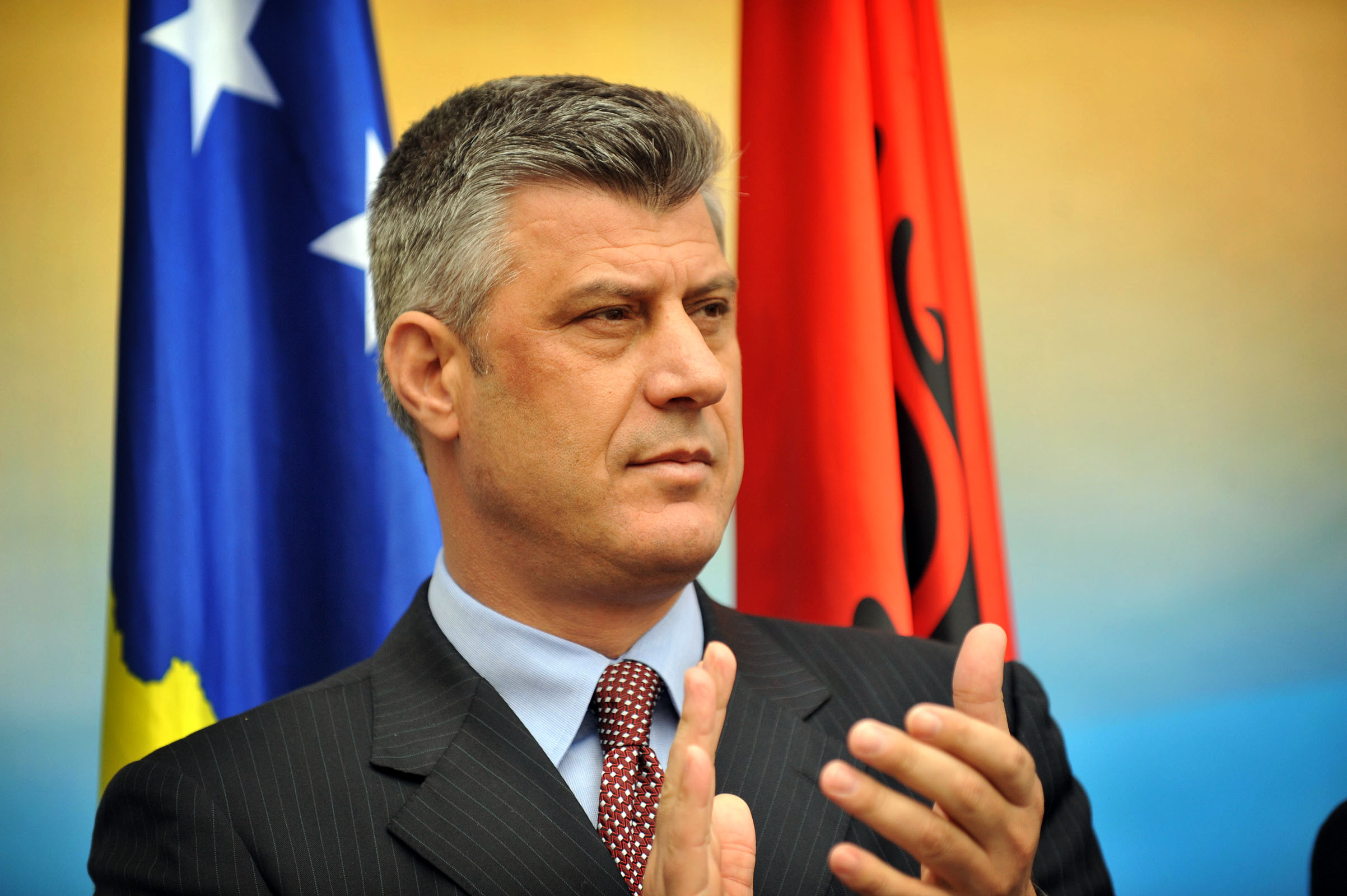 According to a judgement of the Kosovo Constitutional Court, all the deputies in the National Assembley must be present to choose the next president. This is why, mantains Andrea Capussela, Hashim Thaci is not going to be elected

...Thaci or any other divisive figure like him, I mean. They will not become president of Kosovo because of a judgement of the constitutional court, which says that when parliament convenes to elect the president all members of parliament must be present, except only those whose absence has been excused by the speaker of parliament.

I repeat: all members of parliament must be present at the vote, unless excused. It follows that if one is absent the vote cannot be held. And as there is no way to force deputies to go to parliament, because their personal freedom cannot be coerced, one deputy could stop parliament from voting until there is a candidate he or she likes.

You will ask: ‘but are you sure that the court really said that all deputies must be present, for the vote to be valid?’ The answer is ‘yes: this is exactly what the judgement says.’

The judgement is the one that annulled Pacolli’s election, and the whole discussion is in paragraphs 84 to 87. Let me reproduce them here, to dispel any doubt (I quote from the English version: the emphasis and explanations are mine, and I cut out some unnecessary words):

§ 86: ‘[In the case of Pacolli’s election, at the third – and decisive – vote] only 67 deputies were still present and participated in the voting, while the other deputies had left the Assembly Hall. The requirement of Article 86, that all deputies had to vote, was, therefore, not met. […].’

§ 87: ‘The Court concludes that, since only 67 deputies participated in the procedure for the election of the President of Kosovo held at the extraordinary session of the Assembly on 22 February 2011, Article 86 of the Constitution was violated.’

There were two other reasons for annulling the election (both wrong, in my view), but the court is very clear that each of the tree reasons it invoked – including this one – was sufficient, alone, to annul Pacolli’s election.

So in Kosovo the rule is that no president can be elected unless all members of parliament are present, except those excused. This is wrong, in my view (I wrote why in an essay last year): but it makes no difference, because according to Article 116.1 of Kosovo’s constitution ‘Decisions of the Constitutional Court are binding on the judiciary and all persons and institutions of the Republic of Kosovo’. Right or wrong, the court’s decisions must be obeyed.

You will say: ‘very good, but the speaker can excuse all the deputies who are absent, and thus proceed to the vote’. And I would answer: ‘what if those absent are 20 or 30, and their absence is plainly unjustified? Or if they even said that they don’t ask to be excused, or don’t wish to be excused?’ It is impossible to excuse a large group who neither has a justification nor asks to be excused: the simple meaning of the verb ‘excuse’ prohibits this.

It follows that the only possible candidates are people whom everyone likes, and whom nobody would dare rejecting. It would have to be a sort of civic hero, admired by left and right, rich and poor, young and old, Albanian and Serb, men and women, well-read and ignorant, peasant and urban. And a credibly super partes person: not just a formally non-partisan person, like the current president, but someone with the spine and the moral stature to be independent. Hard to find. But only such a person can be elected. (And only such a person would be the president that Kosovo now needs, in the state in which it finds itself.)

Although I think that I would be the ideal candidate I have chosen, after some reflection, to rule myself out: because if I were to propose myself as a consensual candidate you will either think that this article is a joke, which it isn’t, or (if you are, say, Petrit Selimi) you will accuse me of conflict of interest. So, having set this issue aside, let’s see what can happen.

It is clear that the PDK-LDK-Sprska coalition has two, and only two, options. It can only choose between losing the presidency, and losing the instrument by which Kosovo’s political élite generally solves its most difficult political problems, which is the constitutional court. It cannot keep both.

Why? Because the only way to avoid losing the presidency is to say that the judgement of the constitutional court was wrong, and, by consequence, does not have to be respected. Then the veto disappears.

But once the PDK-LDK coalition says that (1) the court was – and therefore can, also in the future – be wrong, and (2) when the court is wrong its decisions do not have to be followed, then its political instrument goes up in flames. Because once you establish principle (2) there is no limit: why should only PDK-LDK and not also the opposition, or any ordinary citizen be able to say ‘I won’t obey the court’s judgement because I think it is wrong, and I can prove it’? Principle (1) is obvious, by the way: but it was often denied in Kosovo precisely to protect principle (2), because too many of the court’s judgements were visibly wrong: so, better to say that, as a general rule, judgements cannot be discussed. So, proclaiming both principles is the end of the court (of this court, I should say: then a better court might emerge).

This would be a great loss for the PDK-LDK coalition, for the political élite at large, and maybe also for some foreign diplomats in Pristina (the more interfering ones). Think about it: with judgements that were all wrong, and each of which went to PDK’s advantage, the court gave to the government control of RTK, sent Limaj to jail, deposed Sejdiu, avoided an election after Pacolli’s election was annulled, and prevented AAK-Limaj-Vetevendosje from taking power after the 2014 elections. Can PDK and the élite lose such a valuable instrument? I doubt it: without those judgements Kosovo would be a different place today.

So I hope that they will give up the presidency, and accept with good grace that a civic hero be elevated to that office. That would not solve Kosovo’s problems; for that a vast, pluralist, inclusive grassroots movement would be needed, determined to demand all that Kosovo needs: rule of law, equality, political accountability, free press, real political debate, real political parties, and so on. But having a civic hero, commanding everyone’s respect, in the highest office – which, luckily, has no real executive role, and would allow this person to be the voice and the conscience of the country – would help a lot, including for the formation of such a grassroots movement.

So, either way PDL-LDK, the élite, and all they stand for – incompetence, clientelism, and so on – are doomed. They can choose whether they prefer to sink slowly and orderly, under the watch of a good president, or fast and messily, in a sort of Far West where nobody obeys to anybody. Should they be tempted by the latter alternative, I would remind them that in a messy Pristina they might not have enough time to catch their flight to the Bahamas, with enough money to enjoy a serene senescence on the beach.

(If you think that there is a third option – asking the court to issue a judgement now, before the vote, to say that the old judgement was wrong – you should think again: a judgement of this kind would be such a joke that it would be worse than the second option.)

I realise that I have often used a tone that may sound jocular. But this should not mislead you: the judgement of the court is very clear, and it does imply that every deputy has a veto on the next president. So, may the search for Kosovo’s civic hero begin.