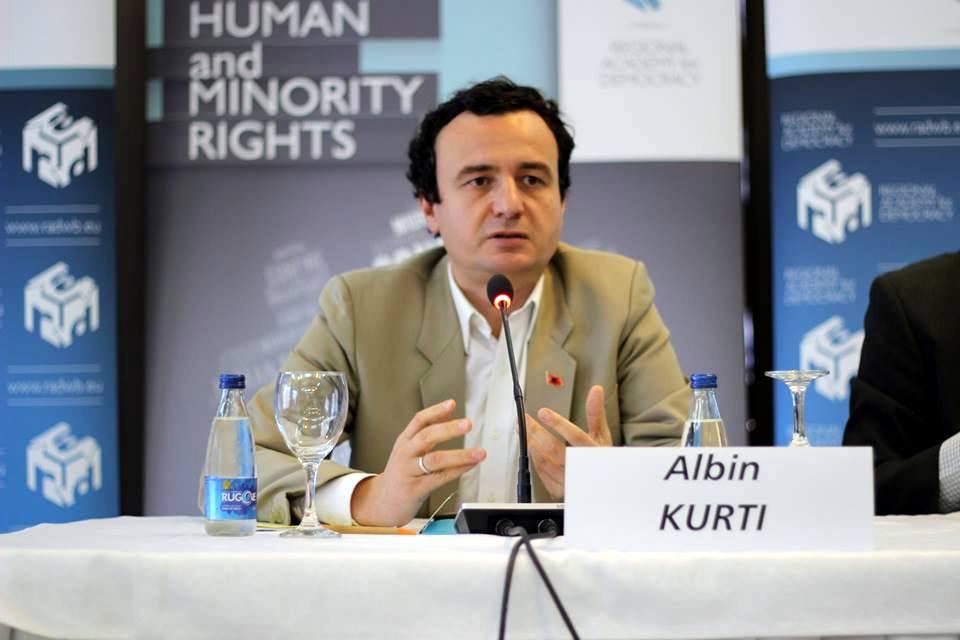 After years of opposition and activism, Vetëvendosje leader Albin Kurti, winner of the October 6th elections, is about to become the new prime minister of Kosovo. For the country, a political turnaround not without unknowns

"This evening we are celebrating in Skanderbeg Square, from tomorrow morning we will be at work to create a new government. From today, Kosovo is no longer the country of unemployment, inequality, and arbitrariness, but that of development, progress, and justice".

Dark coat, crimson scarf, composed face, but unable to hide intense satisfaction: this is how Albin Kurti presented himself in front of the press last Sunday night after the ballot crowned him Kosovo's new premier.

For Kurti, born in 1975, long-time leader and soul of the Vetëvendosje (Self-determination) movement, a long journey ends, faced with extreme determination and marked by both successes and falls.

Over the years, Kurti has been leader of the student protest for independence and against the Milošević regime, a political prisoner sentenced to 15 years by a Serbian court for "an attack on the territorial integrity of Yugoslavia and terrorism", a supporter of self-determination as a tool to build the new Kosovar state, an inconvenient protester against the post-war international administration and international interference in Kosovo, a proponent of the union with Albania, and a tireless critic of the political regime symbolised by President Hashim Thaçi.

Today, after a long history as an activist and protester, Kurti wants to show that he is ready for the big leap, that is to become a statesman, able to turn the keywords that have heated the squares of Kosovo in recent years into facts.

To succeed, Kurti starts from Sunday's results, which represent the first real transition in Kosovo's politics since the proclamation of independence. In 2017 Vetëvendosje had also come out of the polls as the single most voted party. However, the "KLA" parties (PDK, AAK, NISMA) had run as a coalition, and a disputed decision by the constitutional court ruled that only the relative majority party (or coalition) could name the premier.

This time, however, the time seems ripe. In a traditionally complicated context like the Kosovar one, which has accustomed us over the years to electoral fraud and violent disputes over the electoral results, this time the defeated parties have not complained about irregularities and have hastened to recognise the final results – an element of democratic maturity that this time bodes well.

And that very controversial rule this time actually crowns Kurti as Prime Minister, as Vjosa Osmani's LDK – likely ally in the next government majority – placed second, a handful of votes from Vetëvendosje.

Drafting a shared programme, however, may not be so easy and in all probability, the new government will not be formed before November. The two parties collaborated very well as opposition forces, united by common hostility to Thaçi and the past majority, but from an ideological point of view, the future coalition is far from homogeneous. And if Vetëvendosje is an element of clear rupture, we must not forget that the LDK, although renewed under Osmani's leadership, has been an integral part of the power structure that governed Kosovo in the past decade, with the brief interval of the last two years.

And Vetëvendosje draws its consent above all from the very promise to overthrow that system, which over the years has sunk deeper and deeper into corruption, nepotism, and incompetence. Not by chance, the party has reached 37% of preferences among the urban population of Prishtina, where the demand for a more modern and efficient administration is stronger.

Another possible turning point is the concrete possibility that the Kurti government could do without the support of Srpska Lista. With the right numbers in parliament (the official count has not yet been concluded), the triumph of Srpska among the Serbian minority – ten out of ten deputies – could turn into a Pyrrhic victory, excluding the "Belgrade" party from the rooms of power and granting Kurti a freedom of maneuver unknown to the previous governments.

Reopening the dialogue with Serbia

Although the priorities of the Kosovar citizens, as well as of Vetëvendosje's political programme, concern above all questions of economic and social development, Kurti is aware that the fate of his government will be decided in large part on the reopening of the dialogue – currently interrupted – with Serbia.

In the interviews given after the vote, Kurti has softened some of his most controversial positions. He has reiterated his support of a union with Albania, repeatedly advocated in the past, but arguing for a popular referendum on the matter, today impossible. "I will insist, through democratic means, for [the referendum] to happen one day, but the prospects are not short-term".

On the duties imposed by the Haradinaj government on Serbian goods – the tombstone of bilateral dialogue – Kurti assured that they will be eliminated. "Instead of duties, we want a policy of reciprocity. Belgrade, for example, will have to accept the plates and documents with the words 'Republic of Kosovo'”.

Despite the openings, therefore, the attitude shown by Kurti – who has claimed the management of the dialogue process, up to now largely Thaçi's prerogative – will not necessarily ease relations and negotiations with Belgrade.

After a long stalemate, many pawns are now moving. The United States returned to the scene with the first appointment of a special representative for the Balkans (Matthew Palmer) and a special envoy to the Serbia-Kosovo negotiations (ambassador to Germany Richard Grenell). Also, the new representative for the EU foreign policy, Josep Borrell, has put dialogue back among the priorities.

To understand whether a new window of opportunity is really opening, however, there will be time at least until the next elections in Serbia, scheduled for next April. Before that, Kurti will have to face the challenge of building and guiding a government capable of withstanding the shocks and pressures that have always accompanied the difficult road of compromise.