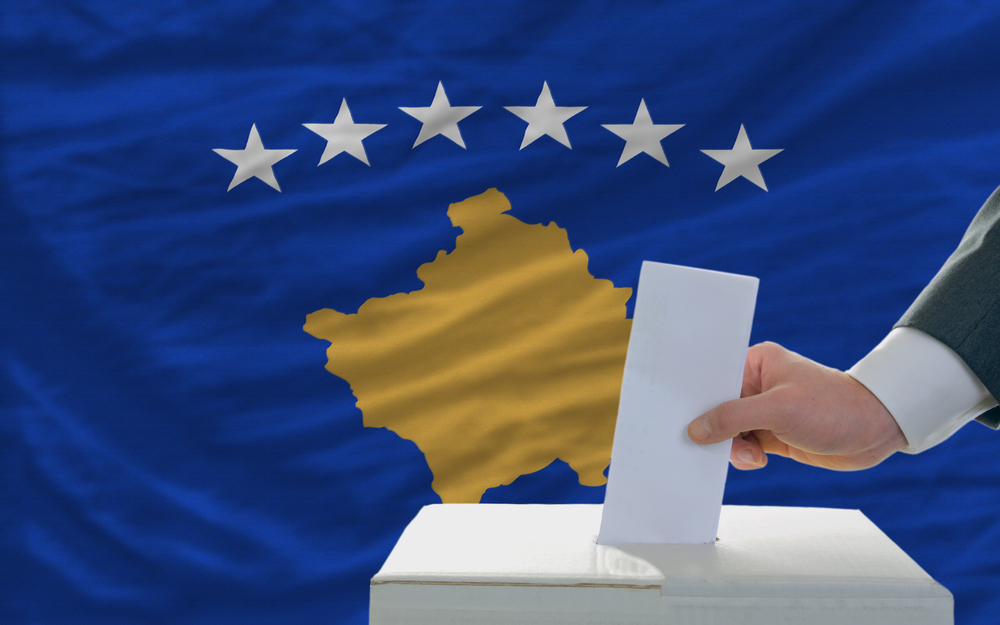 Kosovo will hold its fifth snap election since it became an independent country 13 years ago, showing once again its difficulties in achieving the political and economic stability the country so much needs, especially in a pandemic. In January Kosovo's acting President Vjosa Osmani dissolved the national assembly and ordered the electoral commission to prepare for new elections on February 14, after the Kosovo Constitutional Court sentenced that Avdullah Hoti's government had been illegally elected.

Brisilda Kaciu is only 22, but she has already had the chance to vote three times in political elections since she turned 18. "I was a first-time voter in 2017. Then I voted again in 2019, and now I will go to vote once again in 2021", she told OBCT, adding that voting so often does not help Kosovo on its way to stability and progress.

"Time goes by, but we do not expect anything to change for the better anytime soon. Most decisions taken by politicians are based on selfish political interests, and are not meant to improve the welfare of the general population", maintains Brasilda, who studies German language and literature at the University of Prishtina.

From what they have seen during the pre-electoral campaign, political and economic experts in Kosovo doubt that political parties will tackle the real challenges faced by Kosovo's citizens in everyday life, like addressing the current economic and social problems, securing vaccines against Covid-19, and fighting corruption.

"No political party is offering solutions to the social challenges and structural problems of Kosovo's economy. What we currently hear is a repetition of refrains from previous election campaigns. We are being offered old and failed solutions for new and complex problems, especially with regards to the economic impact of the digital revolution and the pandemic”, Kujtim Dobruna – chief executive of Economic Initiative for Kosovo, a non-profit organisation based in Vienna – told OBCT.

In his opinion, political stability is now needed more than ever, since Kosovo is experiencing one of the most serious and far-reaching crises since 1999. "The economic contraction is expected to be at around 8 percent for 2020”, Dobruna adds.

Dardan Velija, a public policy activist, criticises Kosovo's political elites for turning the elections into a mere tool to secure power. "The frequency of elections at the service of one party, without ever offering a real possibility for change, has seriously damaged the country's potential for economic and social development", Velija told OBCT.

Serbeze Haxhiaj, a public broadcasting editor, notes that once again "promises to wage a vigorous battle against crime and corruption have dominated the electoral campaign ahead of parliamentary elections – but the specific details of such plans are hard to find”.

One of the main challenges Kosovo cannot wait any longer to address is securing vaccines to protect its citizens from Covid-19. Instead, the government has eased the anti-pandemic restrictions during the electoral campaign, while many European countries are imposing a third lockdown and several neighbouring countries started vaccinating their populations.

Moreover, some political parties are holding big indoor electoral rallies with dozens of supporters, without respecting basic recommendations like mask-wearing and social distancing, and are sharing them on Facebook.

While there are political duties ahead, mainly related to the Prishtina–Belgrade dialogue, according to Kujtim Dobruna Kosovo's priority at the moment is to secure the vaccines and to begin mass vaccination immediately, especially since "new Covid-19 virus mutations will most probably prolong the pandemic. There are some important and highly uncertain variables that one needs to take into consideration, political stalemate being one of them".

Regardless of how unrealistic their assurances might seem, political parties are promising billions of Euros in investments for Kosovo's economy in the upcoming years. Fiknete Betja, a university lecturer of Economics, reminds us that the isolation of Kosovo's economic system has worsened the country's economic crisis, generating losses for up to 1 billion Euros for businesses during 2020.

As a result, Betja adds, over 70,000 jobs have been lost since last year. Some political parties, such as the Kosovo Democratic League (LDK) and the Alliance for the Future of Kosovo (AAK), have separately promised investments up to seven billion Euros in Kosovo's economy. Still, they did not explain where they are going to get the money from.

"They have not presented any plan, and no details on where these funds will be found as it is known that the country's debt has reached over 1.5 billion Euros or about 22% of GDP, and increasing public debt is not a solution. Anyway, public debt will likely continue to grow in the future as a result of the negative impact of the Covid-19 pandemic on Kosovo's economy and the government's plans to finance the budget deficit of about 6.5% through new public spending", Bejta told OBCT.

Besides the economic problems caused by the pandemic, most of the main political parties are facing problems of their own during this electoral campaign. Former Kosovo prime minister Albin Kurti, leader of the largest political party Vetëvendosje, has been banned from the next elections because of the same decision of the Constitutional Court which doomed Hoti's government, stating that candidates with a criminal conviction in the past three years cannot run for a seat in the parliament. Kurti, who was sentenced in 2018 for using tear gas and other violent acts to disrupt Kosovo's parliamentary proceedings, remains Vetëvendosje's candidate for prime minister.

The Kosovo Democratic League (LDK) and Kosovo Democratic Party (PDK) face similar challenges. The former has split up into two groups since Vjosa Osmani, former LDK's candidate for prime minister in 2019, has now established its independent political list after quarrelling with the party's leadership. The latter runs for the first time without its historical leaders, former president Hashim Thaçi and former PDK leader Kadri Veseli, currently indicted for war crimes and crimes against humanity by the Kosovo Specialist Chambers in the Hague.

In such circumstances, and according to recent polls, Vetëvendosje has a serious chance of winning the elections with a considerable lead over the second party, which appears to be the Kosovo Democratic Party (PDK).

According to Serbeze Haxhiaj, regardless of the final results, the real challenge for the winners will be to form a coalition able to support a stable government. So, it is unclear if the new snap elections will bring a solution for the pandemic and political crises Kosovo has been facing for over a year. “The main concern remains the fact that the first party will need, once again, to explore tricky coalition options", Haxhiaj concludes.