The Pristina reactions after Kumanovo 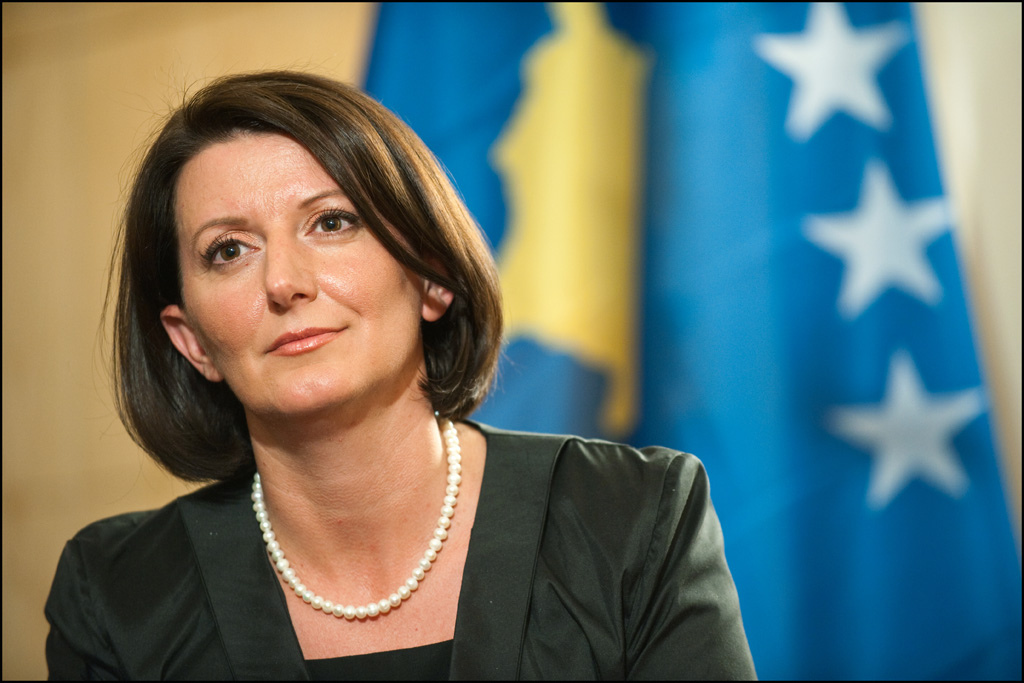 The Kosovo authorities are concerned about the participation of their citizens in the conflict in Macedonia, but deny any organized involvement

Kosovo institutions have distanced themselves from any organized involvement in the conflict in the northern town of Kumanovo, in Macedonia, near the Kosovo-Serbia border.

“We respect the sovereignty of the Republic of Macedonia. There should be more confidence and communication between the political factors in Macedonia to solve the problems there”, said the speaker of the Assembly of Kosovo, Kadri Veseli.

His statement followed allegations of the authorities in Macedonia blaming militant leaders from Kosovo for trying to destabilize the country.

The weekend gun battle between Macedonian security forces and an armed Albanian group left 22 people dead – 8 police and 14 members of the group - and several others injured. According to Macedonian authorities, among the 30 jailed are 18 Kosovo Albanians, 11 Albanian Macedonians – two of them living in Kosovo – and one Albanian from Albania. They are all accused for participating in the armed conflict in the mixed population Macedonian-Albanian town of Kumanovo.

A video which is circulating in social media shows that some of the jailed people in Kumanovo wore uniforms with insignia which could refer to both the disbanded Kosovo Liberation Army, which fought Serb government forces in 1998/1999 for the independence of Kosovo or to its Macedonian counterpart, the National Liberation Army, active in the short civil conflict of 2001. Both military groups are know with their Albanian acronym "UCK". According to Macedonian authorities, leaders of this armed group are all citizens of Kosovo and founders of paramilitary cells.

Media reports say that one of the victims of the Kumanovo fighting is Xhafer Zymberi, from Kosovo, one of the candidates of the Alliance for the Future of Kosovo - AAK (the party led by former UÇK leader and former Kosovo Prime minister Ramush Haradinaj) at the 2014 political elections and a former member of Kosovo Liberation Army.

“We didn’t have information that one of our members was involved in the conflict in Macedonia”, said Donika Kadaj Bujupi from AAK, expressing concern with the violence in the neighbouring country.

Families of the arrested Kosovars also denied that they were aware that their members had gone to fight in Macedonia.

President and Prime Minister urged the authorities in Macedonia for transparent and credible investigations, offering their full support to bring to justice people who were responsible for the weekend battle.

But how is it possible that some Kosovars went to Macedonia to join armed groups without being hampered and detected by the Kosovo Agency of Intelligence, the police and the NATO troops in Kosovo?

Kohavision, a national television in Pristina, revealed a confidential report prepared in February by the Kosovo Intelligence Agency saying that there are suspicions that some Kosovars may try to destabilize Macedonia. Moreover, the report confirmed indications that the Macedonia intelligence contacted some Kosovo citizens with the aim with of orchestrating the attacks in Macedonia. The Kosovo Intelligence Agency informed President, Prime Minister and Kosovo Police on this matter, reports Kohavision. But none of the institutions in Pristina could confirm that they had been warned of potential interethnic clashes in Macedonia.

Kosovo Police spokesperson, Baki Kelani, said that before the incident police did not notice any movement or attempts to cross illegally the border between Kosovo and Macedonia. Following the fighting in Kumanovo, the Kosovo Police has reinforced its presence and increased the vigilance near the border with Macedonia.

The violence in Kumanovo erupted amid political tension in Macedonia, following opposition claims that the conservative government tapped the phones of 20,000 people, including police, judges, religious leaders, journalists and foreign diplomats. The government denies that, blaming the wiretaps on unspecified foreign spies.

Analysts in Pristina suggest the timing of the violence - with the deep political tensions between government of PM Gruevski and opposition parties - was suspicious. They believe that some Kosovars were manipulated from the ruling coalition and became part of an orchestrated scenario in Kumanovo in an apparent bid to loose attention from the damaging government surveillance scandal.

“These are armed groups, which have been manipulated in the name of a greater cause by the Macedonian government. A small group was used, but Pristina and its institutions need more determination to address this issue ", says Naim Rashiti from the Balkans Policy Research Group.

On the other hand, Nazim Rashidi, an Albanian analyst from Macedonia, claims that it’s still unclear whether an organized group or just individuals from Kosovo were part of the armed group that fought with security forced in Kumanovo.

“Still there are dilemmas about who were these people and what was their aim. The government of Macedonia says that a group from Kosovo tried to destabilize the country, but the public opinion doesn’t agree with this. Furthermore, names of the arrested people are related with the former Kosovo Liberation Army (UÇK). The Albanian leaders in Kosovo and Macedonia know their people and they should explain openly what is their involvement in the latest conflict in Kumanovo”, notes Rashidi.

Recent developments in Kumanovo have hurt relations between Kosovo and Macedonia. A joint governmental meeting between two countries that was planned to be held in May will be postponed.