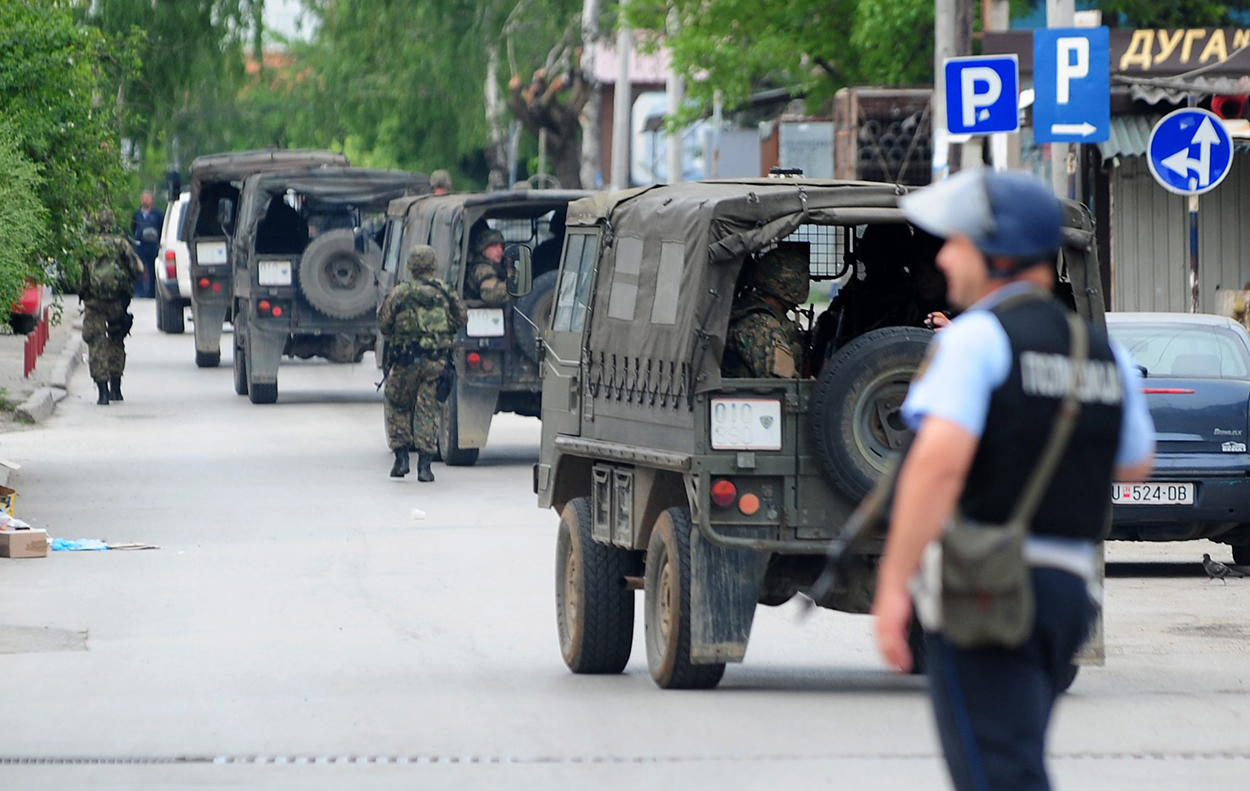 The ethnic-Albanian members of the so-called "Kumanovo group" received long sentences by the Skopje Court. The ruling, however, doesn't clarify all the many doubts on the case

The trial against the so-called “Kumanovo group” on charges of terrorism reached a first judgment two years after it started: the Skopje court found 33 out of 37 defendants guilty for the two-day shooting in Kumanovo. The incident, widely known as “Kumanovo case” or “Divo Naselje case” (by the name of the neighbourhood where it took place), occurred on May 9th and 10th, 2015. An armed group of ethnic Albanians, mainly from Kosovo, killed 8 and wounded over 40 police officers. 14 members of the group were killed, whilst the rest was arrested.

The trial started in February 2016 and, on November 2nd, 2017, the court issued a first verdict. 7 out of the 37 defendants received life sentences, 13 were sentenced to 40 years of conviction, 6 to 20 years, and one to 18 years. The last 6 defendants were sentenced to 14, 13, and 12 years in prison. Charges were lifted for 4 defendants for lack of adequate evidence. As this is the first judgment, defendants will have the chance to appeal.

Regardless of the court decision, the cleavage in the public’s view of the incident remains. For some, Kumanovo was a clear case of terrorist attack; for others, the perpetrators were just puppets in the hands of more powerful elites who tricked them into doing what they did. According to an extreme nationalist narrative, coming mainly from Kosovo and supported by marginal groups in Macedonia and Albania, the defendants are national heroes fighting for the liberation of ethnic Albanians in Kumanovo.

The occupational profile of the Kumanovo gunmen is quite diverse. Many are war veterans from the Kosovo war and before the incident, as reported by Macedonian media, they were employed by private companies or state institutions as police officers, heavy equipment operators, journalists, photographers, psychologists, and lawyers. Some of them were unemployed. According to the same source, their educational profiles are equally diverse, ranging from primary and secondary to university education.

Trying to explain the motives behind the incident, some domestic media went beyond the “Balkans powder keg” stereotype. Diverging narratives continue to circulate: during the trial, none of the defendants provided a convincing motive, further reinforcing uncertainty in the public opinion.

At the last hearing in late September, the defendants' lawyers, in their closing statements, insisted that the evidence against their clients was insufficient and circumstantial, and therefore they should be acquitted. On the other hand, the defendant’s testimonies were inconsistent. Some of them admitted participating in the armed clashes, while others claimed that they only came to Macedonia to push for further implementation of the Ohrid framework agreement (OFA) and hold a press conference on the topic. They denied attacking the police, insisting that they were only defending themselves and that they were victims of a politically motivated set-up.

The court’s verdict was followed by protests, burned flags, hacking attacks, and ultimatums that heated up the atmosphere in the country and neighbouring Kosovo and Albania.

A week after the verdict, family members and relatives of the convicted organised a protest in Scanderbeg Square in Skopje, claiming their innocence. In the meantime, similar protests were organised in several towns in Kosovo, including Prishtina, Gnjilane/Gjilan, and Peć/Peja. Demonstrators demanded the release of defendants while burning the flag of the Republic of Macedonia.

Few days after the verdict, a letter allegedly issued by the Macedonian UÇK, an ethnic Albanian paramilitary organisation, gave ethnic Albanians employed in public institutions in Macedonia a 72-hour ultimatum to leave their posts. In the letter, titled “communique number 6” and sent to the daily “Lajm”, an Albanian-language newspaper in Macedonia, the Skopje headquarter of UÇK announced armed attacks against state institutions.

The Kosovo government's decision to provide financial support to the families of the defendants received particularly negative publicity in the Macedonian media. Kosovo's Prime Minister Ramush Haradinaj said that his government allocated 219,000 Euros from the state budget and that every family will get up to 10,000. Commenting the decision for the local media, Macedonian foreign minister Nikola Popovski underlined that such measure is not in line with European values, asking for Kosovo institutions to resolve and clarify all incidents in Kosovo.

Regardless of all related incidents, so far the trial has not had any major negative effect on Macedonia-Kosovo relations. Protests in both countries were little attended. Besides shallow threats and cyber-attacks, the only incidents that triggered official reactions from Macedonia were burning the state flag and the decision to financially support the families of the Kumanovo shooters.

Minister of Interiors Oliver Spasovski announced that the government will promote additional investigation under international supervision to shed light on the Kumanovo case. Also, Ali Ahmeti, leader of the ruling Democratic Union for Integration (DUI), asked for an international investigation and the creation of an inquiry commission in parliament. This is especially interesting, considering that DUI – especially Ahmeti and several other high-ranking party officials – was mentioned by defendants and the media as part of the alleged political setup behind Kumanovo, i.e. the incident would have been organised by the previous ruling coalition of VMRO-DPMNE and DUI with the sole purpose of diverting the public's attention from the then ongoing wiretapping scandal.

Maybe the announced international investigation will put an end to all speculations and will help understand what really happened in Kumanovo beyond any reasonable doubt. As of now, the only indisputable truth is the death of 8 police officers, 14 terrorists/mercenaries, and the heavy sentences issued against defendants in the first judgment.