Kosovo: looking for a Parliament 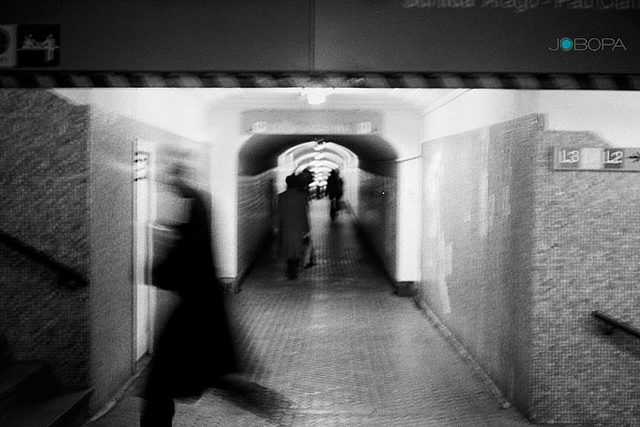 Kosovo's political crisis has been solved bypassing its democratic institutions, namely the Parliament, making the State weaker in the long term

The problems of Kosovo’s governance system are, and have always been, in full view, because they cannot be hidden. It is quite clear, in particular, that the Parliament counts for very little. This is what two official statements by the president of the country certify. It may seem surprising that the president would bring such a charge against the quality of Kosovo’s democracy, which it is her duty to protect, but this is precisely what her statements say.

One was issued on 19 November , to announce that a political solution to the crisis had been found. The statement says that Hashim Thaçi and Isa Mustafa met ‘at the Office of the President’ and there ‘agreed in principle to the creation of interparty coalition between [PDK and LDK] for the building of the institutions’; and that the US ambassador attended the meeting ‘by invitation from President Jahjaga’.

The second one was issued on 25 November . It says that Thaçi and Mustafa again met ‘at the Office of the President’, and informed her that PDK and LDK ‘will be ready to call the session of the Assembly of Kosovo to elect the organs of this institution and to vote for the Government and its government program on December 8, 2014’.

Visibly, the English, French, German, Italian, Spanish words for the legislative assembly of a state – Parliament, parlement, parlamento, parlament, parlamento, respectively – all have the same origin: they are derivatives of the Late Latin verb parlo, which means ‘to speak’ (in Classical Latin it was loqui). So these are not just assemblies where the elected representatives of the citizens vote: they are assemblies whose members also ‘speak’. And the debate is public so that the electorate may see how its representatives approach matters concerning the res publica – literally, ‘the public thing’; but also ‘public affairs’, or ‘the state’: hence Kosovo’s own constitutional name – and, on this basis, judge their performance. So transparent debate about public affairs is an essential element of democracy, and a necessary condition for political accountability.

Yet the gravest political crisis of Kosovo has been solved, and is now being defined, in non-public meetings. The elections were held on 8 June. The Parliament has not yet completed its ‘inaugural’ session, and only two attempts to hold it have been made. So there shall be no trace, in the Parliamentary records, of the country’s gravest political crisis. Moreover, on 8 December the Parliament shall both elect its speaker and ‘vote for the Government and its government program’. This means that Kosovo’s Parliament shall (presumably) install the government and read, debate and vote on its four-year programme without any meaningful debate, in the space of a few hours.

What, then, is Parliament’s actual role in Kosovo’s political system? It is to cast votes, on decisions that have already been made. The real political life takes place outside of it – including in the president’s office – and only emerges in the legislative assembly when the matter at hand requires its formal ratification. Contrast this with the English Parliament, for instance, which denied its government authority to intervene in Syria. What, then, is the point of having Parliamentarians? Why, then, should anyone be surprised that turnout at the elections is low and declining?

The direct involvement of a foreign diplomat – a graver humiliation of Kosovo’s sovereignty than the vulgar words she recently addressed to its political leaders, incidentally, or of any Serbian protocol games about flags or nameplates – is a secondary problem. What matters is that Kosovo’s citizens have not been told why the crisis was solved, what agreement was made, and who proposed it to whom. Whether the crisis has been solved by Thaci and Mustafa, by the president and the ambassador, or by all of them together, is immaterial: what matters is that it has not been solved in an open debate among the elected representatives of the citizens.

Two observations on the president’s candour, finally. That Parliament lies at the core of the democratic system is something that is not part of her personal experience, because she was chosen by another US ambassador, not by the Parliament. And she is so immersed in a political system in which the formal rules – and the formal incarnation of the legislative power – count for so little that she did not even realise that her official statements betrayed these distortions: she, the product of that system, finds them normal.

Likewise, her invitation to the US ambassador at the crucial meeting betrays her real loyalties. Let’s assume that, as official and diplomatic circles protest, the US ambassador played no role in negotiating the agreement that solved the crisis: that this diplomat was invited nonetheless demonstrates, at the very least, that the president of Kosovo and its current and future Prime ministers found it necessary, to certify their agreement, to conclude it before the eyes of Washington’s representative. This is because none of these politicians trust each other or the formal rules under which they operate: hence they had recourse to a higher power to grant validity and effectiveness to their agreement.

This agreement may have re-composed the intra-élite pact under which Kosovo has been governed for the past few years. Yet the governance system it reflects, and seeks to preserve, has probably been weakened: the crisis has not passed without damage for the credibility of this élite. The building of the state in Kosovo was a ‘top-down’ affair, also because those below were mainly interested in independence. Those above – the élite and its foreign interlocutors – have rapidly built the institutions, without consulting society, and equally rapidly emptied them of their political contents, as this crisis eloquently demonstrated. So it is now up to those below to turn these institutions into real instruments of political sovereignty. And as the emptiness of the political institutions is now glaringly visible, this reaction is now more likely than before. The legislature that begins in such an undignified manner, therefore, might be a promising one.