Milo Đukanović: the defeat of the last "king of Montenegro"

Albania: the winter of representative democracy 09/01/2020 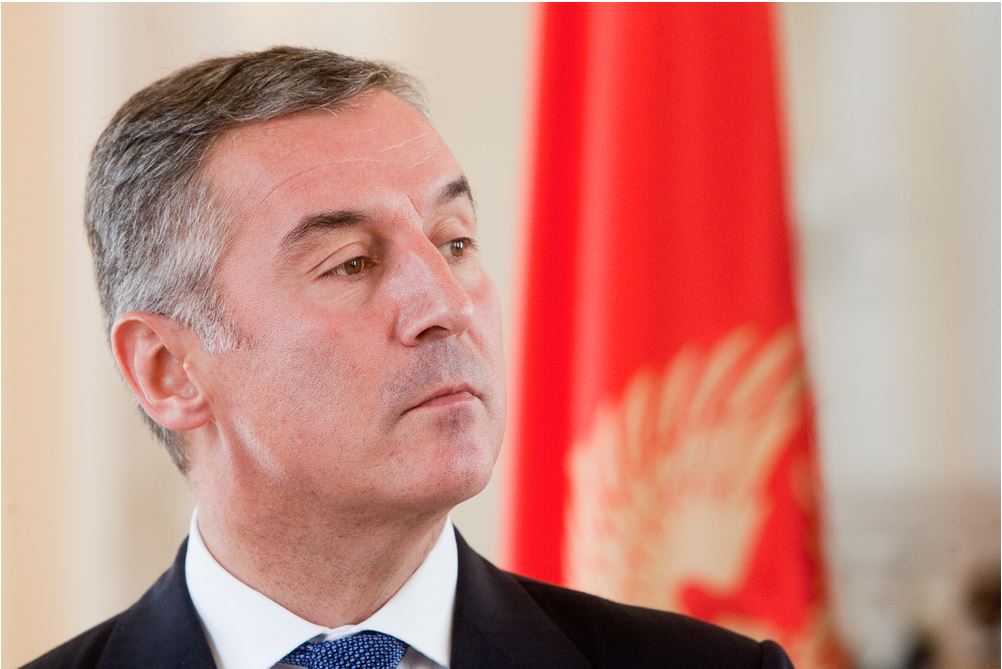 After thirty years of uncontested rule, with the elections of Sunday 30 August, president of Montenegro Milo Đukanović lost control of the Podgorica parliament. The parable of "King Milo" and the reasons for the historic defeat of a leader as long-lived as controversial

(This article was also published on Euractive Italia )

"The Monarch of Montenegro" is a concise, but eloquent portrait that British weekly "The Economist" dedicated a little over a year ago to Milo Đukanović, the controversial leader who dominated the political life of the small republic on the Adriatic in the last thirty years.

However, even “King Milo”, a politician able to navigate the insidious, often fatal waters of Balkan politics perhaps better and certainly longer than any other, has met his defeat. With the political elections of Sunday 30 August, the master of Montenegrin politics and his Democratic Party of Socialists (DPS) lost control of parliament for the first time since 1991, even though Đukanović remains the incumbent president (his mandate will only expire in 2023).

A small revolution, uncertain through the election night. When the votes were finally counted, however, the new political landscape of Montenegro emerged: while retaining the relative majority – and despite the contribution of its traditional allies – the DPS is unable to create a new government coalition in the next Podgorica parliament. By one, fateful vote.

"King Milo" was dethroned by a diverse team, so far united above all by the desire to "put an end to 'his' regime": the pro-Serbian, conservative alliance "For the future of Montenegro"; the democratic, pro-European one gathered around the slogan "Peace is our nation"; and progressive, ecological "Black on white".

The day after the election victory, the leaders of the different opposition souls met to lay the foundations of the political platform on which to build the new post-Đukanović Montenegro: a technical government with the primary objective of leading the country through the economic crisis caused by the COVID19 pandemic and reforming institutions; a profession of loyalty to Montenegro's European perspective, an outstretched hand to ethnic minorities, invited to participate in the new government "to build a new Montenegro together"; and the promise to review the "discriminatory” measures wanted by the old government, including the disputed law on religious freedom.

According to most analysts, it was this controversial provision approved in 2019 that cost Đukanović thirty years of power, which until a few months ago still seemed eternal. The law, which provides for the nationalisation of religious assets in the absence of official property documents, has irritated the influential Serbian Orthodox Church, causing tensions and violent protests, but above all awakening the identity rift between the country's "Montenegrin" and "Serbian" souls (about one third of Montenegrin citizens claim to be of Serbian ethnicity), which continues to divide Montenegro despite independence (2006), entry into NATO (2017), and the relatively advanced state of integration into the EU, undertaken by Podgorica in 2012.

Especially since the Serbian Orthodox Church, under the leadership of surly Bishop Anfilohije, has not limited itself to hurling anathemas against the government, but has launched body and soul into the electoral campaign, beating the country door to door – a strategy that would also explain the record turnout (76.5%).

The reasons for the defeat, however, have their roots in the profound contradictions that accompanied Đukanović's long parable. Retracing it means retracing the often divisive, dramatic events that have marked the recent history not only of Montenegro, but of all the Western Balkans. From very young and rampant ally of Milošević's during the conflicts that marked the violent dissolution of Yugoslavia, with undeniable political instinct, "Milo" transformed over the years into a moderate, pro-European, and pro-Atlantic leader, however with an increasingly personal, nepotistic management of power marked by widespread corruption, serious limitations on press freedom, and enslavement of institutions to personal and party interests.

Đukanović's power had many seasons: from the Yugoslav wars through independence and the "Euro-Atlantic" phase, in which Đukanović managed to gain from Western leaders a benevolent amnesia about the sins of the past (for a long time the Italian judiciary had accused him of managing a huge traffic of smuggled cigarettes), ensuring the "stability" of the country, with the rudder firmly pointed towards the West and away from Moscow.

A strategy fuelled and made winning also by the frontal – identity and geo-strategic – clash with the pro-Serbian and pro-Russian opposition and which experienced its most dramatic and theatrical moment during the 2016 political elections. With a series of arrests, the Montenegrin police claimed to have foiled a coup d'état designed by Moscow and Belgrade to physically eliminate Đukanović and prevent the country from entering NATO.

The investigations that followed the attempted coup, on the dynamics of which many shadows remain, led to various convictions, including that of five years in prison for two of the leaders of the pro-Serbian Democratic Front, Andrija Mandić and Milan Knežević.

Four years later the same Front (within the broader alliance of "For the future of Montenegro"), which in recent years has strenuously defended pro-Serbian and pro-Russian positions – for example openly contesting the NATO membership – has become the backbone of the first government of the “after-Đukanović”, even if in coalition with traditionally pro-European and pro-Western forces.

The first steps of the new ruling coalition openly aim to send reassuring messages, after long months of tensions and open confrontation. First of all at the domestic level, where a hand was extended both to DPS voters with the idea of ​​a "national pacification", accompanied by the fight against corruption and organised crime, and to the representatives of minorities – often still wary of forces linked to a Great Serbian political identity.

But also at the international level, with the formal confirmation of the commitment to respect the agreements made and to continue on the path of integration into the European Union (the NATO question was conveniently left unanswered, but it seems difficult that Montenegrin membership in the Atlantic Alliance can be questioned by the new government).

Of course, not all doubts and worries have already been overcome. European integration and institutional reforms could provide the new and diverse ruling coalition with the lowest political common denominator that the alliance vitally needs to last. It is easy to envision difficult times on the horizon, especially if the economic crisis linked to COVID worsens in the coming months. In that case, the lack of actual government experience of the August 30 winners could emerge quickly, embarrass the government, and bring to light the profound differences between the forces that compose it.

In the meantime, however, Montenegro's young democracy is finally living what it had never experienced since its birth: the transfer of power from one government to another through the will and vote of its citizens.