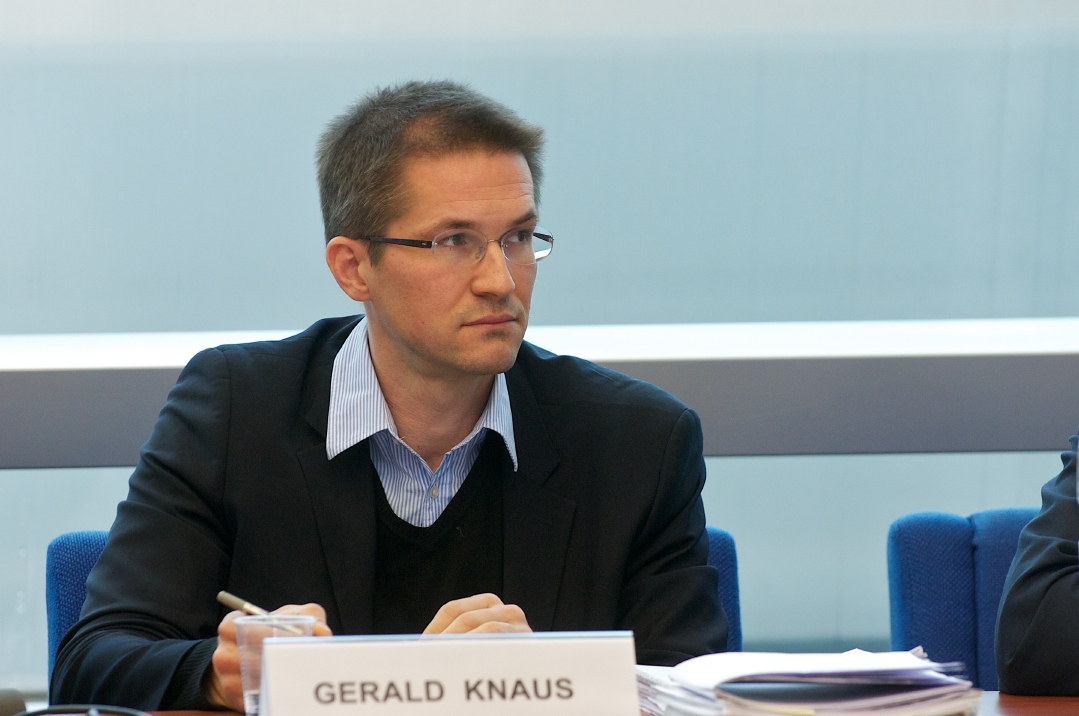 The EU should be unambiguous about the forthcoming parliamentary elections in Albania, taking a joint position spelling out concretely what are the red lines that must not be crossed. An inteview with ESI chairman Gerald Knaus

What can the EU do to prevent polarization in Albania surrounding the upcoming elections?

Two things are important. The first is not to have any illusions. Most previous Albanian polls have been marked by controversy, with irregularities and election results challenged. This was also the case in 2009. After the elections politics was paralyzed, the parliament was boycotted, some in the opposition went on a hunger strike.

One can hope for a positive surprise and an uncontested election in June 2013, of course, but sound EU policy should be based on the opposite assumption: that these election will be close and contested and that all parties will try to put pressure on the election administration. In the end, whoever is declared to have lost will challenge the legitimacy of the whole process and protest. And the big loser in such a scenario will be Albania as a whole.

Gerald Knaus is the chairman of Berlin-based think tank European Stability Initiative (ESI). He is co-author of the report: Red Lines for Albania – The EU and the June Parliamentary Elections

Therefore, since this is a possible, even, likely outcome it becomes all the more important that the EU has a united, clear and principled position already before the elections. The European Union has stated that it expects these elections to meet “European and international standards.” It now needs to spell out more concretely what this means, what the red lines are that must not be crossed. This does not reduce its flexibility. On the contrary: it is a precondition for it to have any real influence. If red lines are crossed and important rules are broken, as we saw recently in the unlawful dismissal of a member of the Central Election Committee, the EU must speak out more forcefully than it has done so far.

Above all the EU needs to try to stay united. The European Commission, all the big political groups in the European Parliament, from the Center right to the Liberals to the Center left, all key member states, like Italy and Germany, should tell the parties in Tirana the same thing: here are our common red lines. Do not be tempted to cross them. And then, whoever wins, the loser also has to accept the result as legitimate.

What does this mean concretely? Recently the Albanian parliament has dismissed one of the seven members of the Central Election Committee (CEC)? Should the EU declare in advance that this was unlawful, and that therefore the coming elections will not meet its standards? Does this not reduce EU leverage?

Elections in Albania will not be perfect. They cannot be, and there are even problems in established democracies. But some problems are much more serious than others. This is why we argue for a need to focus on what is essential, not on what is merely desirable.

For this reason we have proposed a few specific red lines, concerning the core issues always disputed in Albania: the election administration supervising voting and counting, and the process of adjudication of complaints and appeals. Complaints in particular must be resolved through strict observation of Election Code procedures. If there are problems this can be resolved through a credible adjudication mechanism. But in this process the role of the Central Election Commission is vital.

Albania has a good Election Code today. In this Code some rules are crystal clear: members of the election administration cannot be removed for reasons unspecified in the Election Code. Central Election Commission members are political appointees and voted in by parliament, but then they become something else, like US Supreme Court judges chosen by the president and the Senate: they become guardians of rules. There is a reason why they are appointed for six years and are not to be dismissed unless they commit a crime. They must act on the basis of the Election Code and defend it, not engage in party politics. Will they want “their” party to win? Perhaps, but this should be irrelevant to how they do their job.

Now, to accept from the very outset that, in any case, the CEC will and can never be apolitical in Albania, is to give up on basic standards even before a single vote has been cast! This sends a terrible message.

Some might say: it is unrealistic to expect the recent dismissal of a CEC member to be reversed. And perhaps everything will go well in any case from now on: voting, counting, there will be few disputes, these will be resolved peacefully, there will be a clear result. Would anybody then remember this current debate?

But everything will not go well. Not if the past is any guide at all to the present. And the CEC is not a marginal actor in elections. It must be seen as legitimate and based on the law. If things go wrong I fear that later people will look back and point to the dismissal of the CEC member, the collapse of the CEC, and the weak international reaction as a crucial bad turning point.

On the other hand, imagine that the EU takes a strong joint position NOW. This would send a clear signal: some institutions must not be touched. Some rules must not be broken. What really matters is not who wins but that Albanian voters have the chance to participate in a free and fair contest.

How can the international community avoid being seen to take sides?

This is a crucial challenge. It is one the European Union in particular failed in the past. Everybody knows that different political parties in the EU have political friends in Albania. This is normal and legitimate. And therefore different Europeans parties will usually back the arguments of different players in Albania.

This starts becoming a serious problem, however, once it leads politicians in Albania to expect that whatever they do and argue, they will receive some backing from their friends outside. The primary role of the European Union should be to insist that all parties play to win in a fair manner. And to lose in a fair manner: there can be no mass protests after fair elections.

This should not be so hard. Take Croatia in the past decade. The European People’s Party has supported and been close to the HDZ in Croatia. Social Democrats in the EU have rooted for their political family members in Zagreb. But everybody has above all hoped that Croatian elections are free and fair, that there is an alternation in power when voters decide on it, and that Croatia will join the EU soon as a consolidated democracy. And Croatia has had an internal consensus that some issues are beyond party politics.

What would be the regional consequences if Albania has bad elections and remains stuck on its EU path?

In 2009 Albania submitted its application for EU accession. In 2010 the European Commission rejected taking this further, and denied Albania official candidate status. Until today Albania has not been recognized as an official EU candidate, unlike Montenegro, Serbia and Macedonia. Kosovo of course cannot even apply to the EU as long as all EU members have not recognized it as a state. And Macedonia is stuck until the name issue is resolved. This could be in one month, but it could also be in one decade, or never. Thus we risk seeing the Balkans divide again. One group makes progress (Croatia, Montenegro, Serbia) while the others stay behind, at a time of already severe social and economic stress. This is not a good development for anyone, not for the region’s Albanians nor for their neighbours.

What is the role of international election monitors in such a polarised environment?

Did elections in 2009 meet “international and European standards”? It is surprisingly hard to answer this question. Will it be easier in 2013? This is the key question for observers, and this is what decides whether monitors succeed or fail in their job in Albania in June.

International election monitors are aware that their assessments have consequences. If they disapprove of elections they can trigger massive protests (Ukraine 2004). If they approve of elections they reduce the political ammunition for any challenge (Ukraine 2010). There is an understandable incentive to take refuge in ambiguous language. But this can also be dangerous, as we saw in Albania in 2009.

Of course assessing elections is difficult. Albanian institutions are weak, and elections close. Even small irregularities might have a major impact. In 2009 the Office for Democratic Institutions and Human Rights (ODIHR), the most professional institution in the field of election monitoring in the world today, summed its findings up as follows: “…while meeting most OSCE commitments, these elections did not fully realize Albania’s potential to adhere to the highest standards for democratic elections.”

What does this mean? Did any country in the Balkans, or indeed elsewhere in Europe, ever fully adhere to these “highest standards”? Is meeting “most” OSCE standards really good enough for Albanian voters? I think there is a challenge for monitors also to be clearer and less ambiguous. Let us hope we will not hear later this summer that Albanian elections have met most OSCE commitments, but did not fully realize Albania’s potential to adhere to the highest standards for democratic elections. It would certainly be true. It would also be irrelevant.

We argue that the EU should pay close attention to these crucial elections. Here member states matter hugely. Clearly Italy is close to Albania, has interests and expertise. But above all Italy is led by a coalition government today. This government can talk to all sides in Tirana.

Imagine if the big Italian parties adapt a joint position now, and push the EU to do this as well: to insist that the Central Election Committee is reconstituted before the official election campaign starts on 23 May 2013 in line with the Election Code, and to warn that unless this happens the EU will not consider these elections conducted in line with European standards. On the other hand, Italy could also warn all parties in Albania that this time there must be no post-election boycotts. Disputes have to resolved within the responsible institutions, not on the street. And that Italy would strongly push for accession talks to start with Albania as soon as possible after free and fair elections.

This would send a strong positive message. What happens in Albania today matters to all of Europe. Italians know this better than most Europeans.