EULEX, looking for a perfect middle 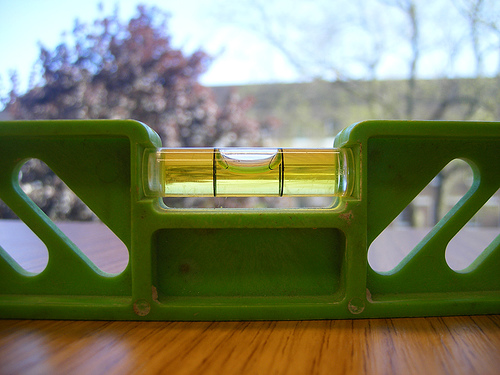 The Kosovo government is having their first major disagreement with EULEX over the European Union Rule of Law Mission in Kosovo intention, announced in August, to sign a protocol with Serbian police as part of regional cooperation to fight organized crime

The Kosovo government is having their first major disagreement with the European Union Rule of Law Mission in Kosovo (EULEX); the Kosovo Albanian politicians blame the conflict on the Serbian government's willingness to cooperate with EULEX in fighting regional criminality.

The first nine months had gone smoothly for the EULEX mission, which recorded several successes in assisting the Kosovars develop stronger institutions to support the rule of law. In August, EULEX suddenly "tripped" over Kosovo Albanian political sensitivities when it announced intentions to sign an agreement on police cooperation with authorities in Belgrade. Since then, the Kosovo government has strongly objected to the agreement.

They claim that, at the professional level, the local authorities have been excluded from all negotiations and, furthermore, at the political level, the agreement would mean sharing internal information with a country that they label as the main enemy to their statehood.

The evolving situation has caused all politicians to play their cards carefully in order not to ruin a hard-earned partnership since EULEX arrived in December 2008. However, Kosovo Albanian leaders seem strongly determined to object to the deal. The Kosovo president and the government insist that there will be no agreement of any kind without their consent and participation. Officials in Pristina assert that they will only accept the agreement if the signing partners recognize the statehood of Kosovo.

The head of mission for EULEX, Ives De Kermabon, notes that similar cooperation agreements in the area of rule of law have been signed with authorities in Podgorica, Tirana and Skopje. These agreements have immediately had positive results in fighting crime. However, Kosovo Albanian politicians declare that EULEX must accept that Serbia is not an ordinary neighbour for Kosovo. The Serbian government opposes Kosovo's independence - inside and outside its territory - and this helps officials in Belgrade to ignore the institutions in Pristina. In August, Serbia held unobstructed local elections in two municipalities in Kosovo.

The EULEX mission intends to sign a protocol with Serbian police as part of regional cooperation to fight organized crime, smuggling and trafficking in human beings, drugs and weapons.

There are different views on the protocol in Pristina. One theory emerging in the media is that it will be a tool to keep tidy the new borders of Europe. In June, it has been recommended by the European Commission to included Serbia, along with Macedonia and Montenegro, in the countries that will benefit from visa-free movement with the EU countries. Therefore, through the protocol, the EU is assisting Serbia on its way to European Union integration, by helping it meet important criteria such as regional cooperation against crime. Since Kosovo politicians would object to such an agreement for obvious reasons, EULEX is stepping up to make the agreement, but allegedly without including Kosovo police and authorities in any of the stages of preparing the protocol.

Some commentators ask, "How will an agreement function without the local police participation?" Maybe it will have the same fate as the border/administrative line between Kosovo and Serbia, where authorities do not stop people and goods from crossing to each side as if it was a single country. Kosovo police and customs officials stand 50 kilometres inside the territory of Kosovo, while the only "guardians" of the border or administrative line are EULEX custom officials who only started in February to register the goods entering Kosovo.

EULEX is currently dealing with another "hot-spot", the long disputed issue between the Serbs and Albanians of the northern Mitrovica region. At nearby villages, Albanians are struggling to build houses under constant protest of neighbouring Serbs, who recently have been firing weapons and hand grenades at their Albanian neighbours. In these kind of multi-ethnic environments and where local police are out of the picture, the EULEX police are the only authority capable of keeping the sides apart.

The protocol has caused more political factions to oppose EULEX than it has supporting it. Besides the two sides in the agreement, EULEX and Serbian government, all other factions are against it and have demonstrated their objections peacefully or in more radical fashion.

Some in the Serbian opposition remind the Serbian government that by institutionally contracting with EULEX, they will also agree to accept Martti Ahtisaari's plan and the supervised independence of Kosovo. The Kosovo Serbs have the same objection and are ready to launch a petition that would call for the end of EULEX's mission; because it allegedly supports the implementation of Kosovo's unilateral declaration of independence.

Kosovo Albanians have also opposed any kind of deal in the name of Kosovo with various statements and arguments. A virtual group of young hackers - Kosovo Hackers Group, defaced the officials EULEX website in response to the protocol issue. The group, known for acts containing political messages, placed on the website a double-headed Albanian eagle with the message: "You cannot sell our country back to Serbia. We, Kosovo's youth, are tired of all the lies. EULEX signs agreement to destroy the future of Kosovo."

The most radical method of demonstrating was done by the Vetevendosje (Self Determination) movement on 25 August. They damaged and overturned 24 EULEX vehicles in downtown Pristina while observed by some media and the local police. The act ended with the peaceful surrender and arrest of 22 of its activists. Vetevendosje claims that the protest was to remind EULEX that it does not have the mandate to sign anything in the name of Kosovo and also to object to the neutrality of the mission functions in Kosovo, as well as to denounce the UN plan implemented by EULEX.

The UN Secretary-General Ban Ki-moon presented a plan at the end of 2008, later adopted by the Security Council, to reconfigure the international presence in Kosovo and hand over most UN Mission in Kosovo (UNMIK) duties to EULEX. Since then, EULEX has deployed about 2000 European and American staff to bring Kosovo's law-and-order institutions in line with European standards. One key exception to EULEX in the six-point plan was that UNMIK would continue to oversee police in the Serb-majority areas. In particular, the Kosovo government never accepted the last point.

The Kosovo government has asked the big EU civilian mission to take care of the serious crime cases, including war crimes and terrorism, that remain from the formerly UNMIK led police and justice sectors. The justice and customs sectors are believed to be EULEX's most successful sectors.

In regard to the protocol, some find it hard to believe that EULEX will withdraw from signing the agreement with Serbian police, but instead will find some legal basis to sign the protocol. Some Kosovars say the Europeans have to ask the question if they are going beyond the proclaimed neutral status of their mission.

Kosovars are also afraid to lose their credibility in the international arena, especially with "friends" in Brussels and Washington, by rejecting any agreement that has been suggested and promoted by the strong governments who support Kosovo's independence. Some analysts advise the government to sign the agreement and not become like Serbia and object to agreements presented by the West; since Kosovo has a long way ahead and does not want to lose "precious friends" on the way.