A bitter government coalition in Kosovo 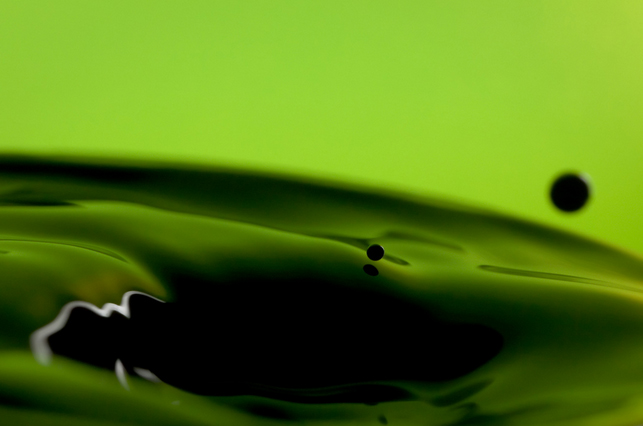 After years of extreme hostility, PDK and LDK strike a power sharing deal creating a government which will have to tackle the huge unemployment problem, and make progress on the normalisation of relations with Belgrade

Exactly six months after the elections, two fierce political opponents came together and formed the new government, led by the former mayor of Pristina, Isa Mustafa. The leader of the Democratic League of Kosovo (LDK) will replace the leader of the Democratic Party (PDK) Hashim Thaçi, who ran the government of Kosovo for almost seven years. He is now deputy PM and minister of Foreign Affairs in Mustafa's cabinet, and it is expected to become president of Kosovo in 2016 under the terms of the coalition deal signed between the two main political subjects.

The coalition between two hostile parties was criticized not only by opposition parties, but also by members of the power-sharing union. Vjosa Osmani, one of the key figures of the LDK and the most voted woman in Kosovo, warned that “The coalition with PDK breaks forever the hearts of LDK’s electorate as well as their unwavering faith. The decision goes against the will of our voters because this was said to us in hundreds of meetings. The only demand was: Not with the PDK”, she said.

PM Mustafa, however, said that the decision to rule the country in a coalition with the Democratic Party was difficult, but that it was the only choice to end the political deadlock.

According to the political analyst in Pristina, Muharrem Nitaj, the deal between PDK and LDK was made only for the personal interests of two leaders. “The parties that agreed to share the power have had extreme hostility; hence it is impossible for them to function together. They have shared the power so this government will have two leaders. Mustafa will control the LDK ministers, while Thaci will control the PDK ministries. Accordingly, this government doesn’t promise any success”, he added.

The formation of the new government was welcomed by the international community. Indeed, for internationals that still have an important role in the decision-making in Kosovo, the coalition between the two main political parties was crucial to push forward the dialogue between Pristina and Belgrade for the normalization of the relations between the two countries, and for the creation of the Special Court which will investigate the war crimes in Kosovo.

“Internationals have "advised" PDK and LDK to come together, but their advice in our political context means influence. For them, the stability of the country is very important as well as the agenda for the establishment of the Special Court, the dialogue with Belgrade and the founding of the Association of Serb Municipalities. They are concerned that their investment in the creation of the State of Kosovo does not fail, regardless of the price that Kosovars will play”, said to OBC the analyst Imer Mushkolaj.

The formation of a new government in Kosovo was indeed welcomed by the international community. Federica Mogherini, the High Representative for Foreign Affairs and Security Policy/Vice-President of the EU Commission, said: "I am looking forward to working with the new government on Kosovo's EU path as well as to the resumption of the high-level dialogue for the normalisation of relations between Pristina and Belgrade in the near future. Comprehensive normalisation is an ambition we share with both sides. The work must continue urgently, both through the full implementation of agreements already reached as well as by tackling new issues that still need to be addressed. I am ready to personally engage in order to make further progress in the normalisation of relations."

But the dialogue with Belgrade is not the only challenge that the new Prime Minister will face. He will have to fight corruption and organized crime and develop economy of the poorest country in Balkans.

The Vice President of the European Parliament and special rapporteur for Kosovo, Ulrike Lunacek, in a press conference in Pristina warned that the newly formed institutions should tackle huge unemployment problem amongst youngsters in Kosovo and create a perspective for them by opening sustainable job positions. According to her, the recent massive temptation of Kosovars for emigration in Europe is a strong signal that people don’t see a perspective here. Therefore MEP Lunacek urged the Kosovo leadership to improve the socio-economic situation in Kosovo. The asylum seeking of Kosovars in EU countries will make much more difficult the visa liberalisation process for Kosovo, she warned.

Approximately 40 percent of the Kosovo population is unemployed. During the electoral campaign, the power sharing coalition parties have promised huge investments to decrease unemployment. PDK promised to open 200,000 job opportunities within four years of their mandate, while LDK promised 120,000. Now the voters expect from them to start implementing their promises.

The political analyst Imer Mushkolaj says that the new government will face other challenges too, namely the internal pressure to improve the social welfare, while in the other hand it has to fulfil the agenda of the international community. He criticized both PDK and LDK for the gloomy social and economical situation in Kosovo.

“Even the biggest optimists won’t believe that Isa Mustafa will change the model of governance. The government was changed, but not the governance”, Mushkolaj added.

Minorities have managed to take important positions within the new government. They are represented by a deputy Prime Minister and four ministries out of twenty-one. Their representation is guaranteed by the Kosovo Constitution. But for the first time “Srpska Lista” (The Serbian List), which is strongly backed by Serbia, was integrated in the Kosovo institutions.

The analyst Muharrem Nitaj told OBC that the participation of “Srpska Lista” in Kosovo’s institutions has more to do with the legitimization of Belgrade’s control through this force within the government and the assembly than with their acknowledgment of the reality of Kosovo’s independence.

On the other hand, gender representation in the new government of Kosovo is disappointing. Only two out of twenty one ministries will be run by women.